Singapore: Inside Out (SG:IO) is an international cross-disciplinary showcase that introduces Singaporean creators and artists who work in various areas to the international art scene. It made its debut in 2015 in Beijing, London and New York. The 2017 edition was held from August 25th to 27th at the BANK Gallery in Tokyo and featured a fusion of multi-disciplinary works and cross-national collaborations. It will be held in Sydney next. 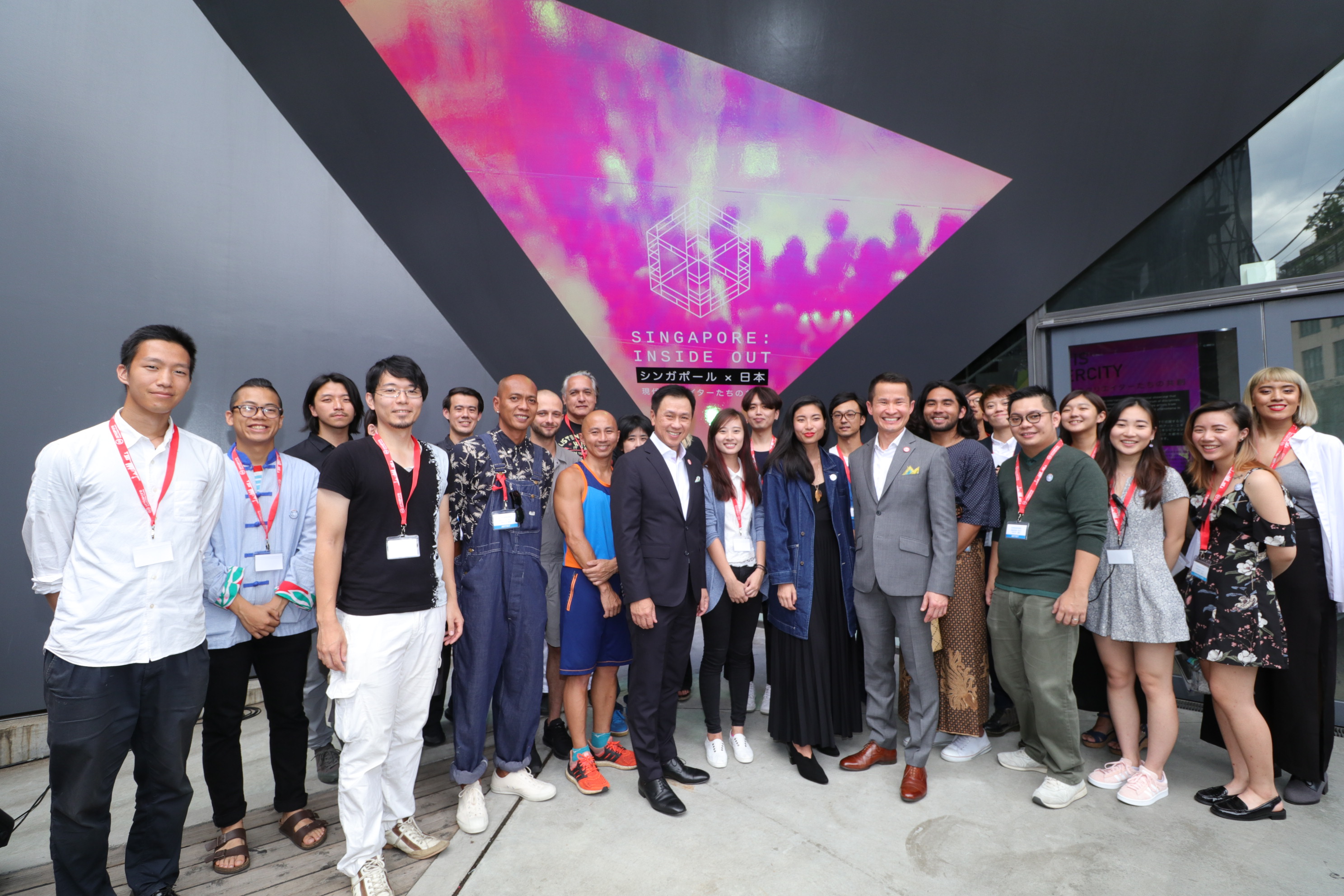 Different themes have been selected for each city for the showcase, the one for Tokyo being “HyperCity”. Focusing on the dialogue between Japan and Singapore, it examined the signification of living in a big city and various cultural phenomena. The venue was divided into three chapters; “Impression on a city (arrival)”, “Changing city (encounter)” and “Hyper real city (new development)”. Visitors search the inspiration on new ways of expression through each chapter.

Around 6 p.m. of the last day of the showcase, six people appeared in the square. They were dressed in aurora colored shining costumes and started walking and dancing to music. Then they turned around hand-in-hand in the sunset light. The fashion show by Singaporean fashion stylist and designer, Josiah Chua, captured visitors’ attention.

“HIKARI” – a part of 2018 capsule collection – was inspired by TV animation “Sailor Moon”. This work represents the scene in which the character transforms in the light. Fabric that resembles shining armor wraps the bodies mysteriously, creating a fantastical ambiance with the light of the summer sunset.

After dark, a mist-like water curtain was drawn and bright color holographic images were projected on the screen. This was “HAPPENSTANCE” by Clara Yee (Creative director) & Daisuke Yano (Lighting designer). The installation expresses the relationship between the surrounding space and humans, through light, color and the texture of materials. 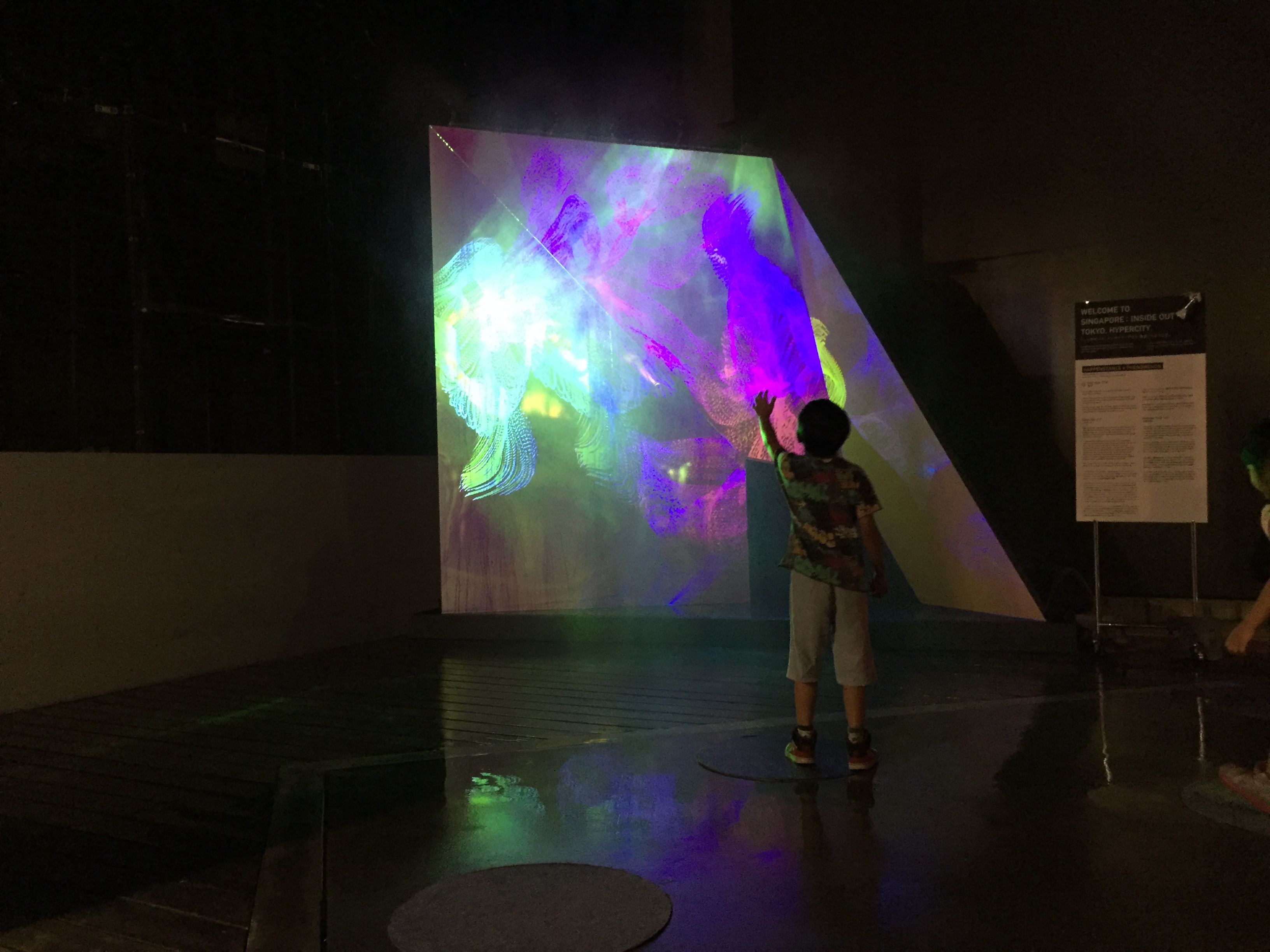 By projecting images in the layer of the screen and the water curtain that suggests existing 2D/3D aspects on one space, they proposed a new perspective on the space. In addition, the drops of water in the projected light and colors offered a certain beauty and they were tempting the visitor to touch it. Small kids gathered around it, jumping to catch the light.