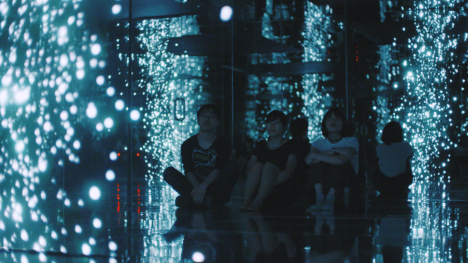 We continued writing in turn until it was time to enter the installation where a mirrored space on all sides surprised us. We sat on a bench and the words, “We will begin shortly,” amped up the anticipation. There was a communal feeling, then “Hikari no Michi” (Path of Light) by Back Number began to play in sync with moving, beautiful images on the mirrored spaced for a 30-second introduction. The images flowed one after another, gripping our hearts. 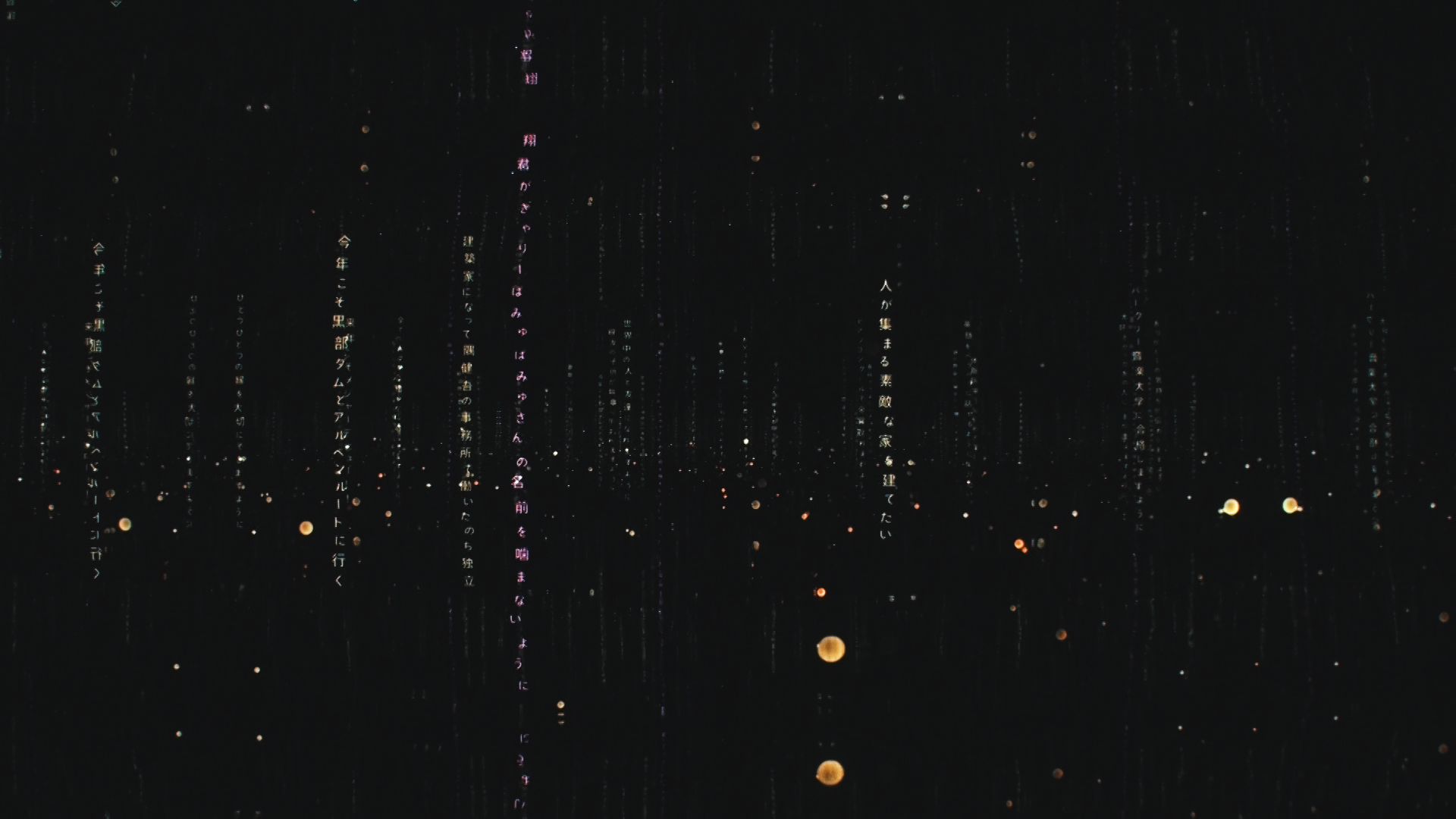 Then individual wishes were displayed consecutively for the finale. Each of our wishes were displayed among other participants’ wishes. Mine appeared as a magical moving graphic, then headed toward the sky and became a star. The viewers were immersed in the broadening and infinite celestial space created by stars and wishes. And the chance meeting of us eight strangers, on that day, in that space, made me feel not alone; my thoughts returned to lovers, family, and special people confirming that this moving, wonderful experience existed in a mysterious time. 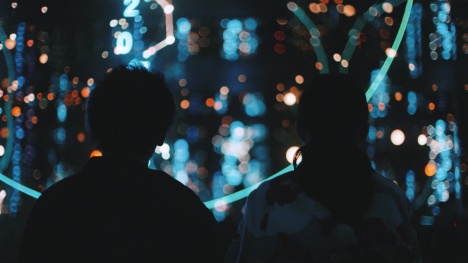 It’s said that it’s uncertain if Tanabatarium will expand overseas in the future because this new technology is based on traditional Japanese culture. If Tanabatarium is expanded, I think it will be a chance for a fresh perspective.