TERRADA ART COMPLEX  accumulated contents related to the art project and opened in September 2016 to make Tennoz, Tokyo the destination of art culture. At the opening, the atelier space TAC ART STUDIO for artists on the second floor, and four galleries Kodama Gallery | Tennoz, URANO, YAMAMOTO GENDAI and YUKA TSURUNO GALLERY on the third floor has opened. On the fifth floor, two new galleries SCAI PARK and KOSAKU KANECHIKA opened in last March 2017. 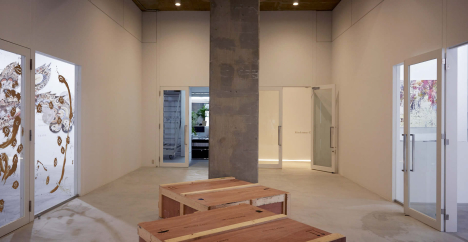 Warehouse TERRADA which operates the TERRADA ART COMPLEX  was founded in 1950, headquartered in the waterfront of the Tokyo Seaside, Tennoz Isle, has developed many new businesses that have exceeded unique ideas. It has been making full use of the expertise accumulated in Preserving Safekeeping Business as their core. In recent years, they are concentrating on revitalizing the Tennoz area and cultural dissemination from the warehouse town of Tennoz. For example, hosting “Asian Art Award supported by Warehouse TERRADA, ” inviting overseas art events, holding exhibitions at “T-ART HALL” and “Warehouse TERRADA G1 Building”, exhibiting archive models while preserving and storing in one and only “ARCHI-DEPOT Museum” in Japan. 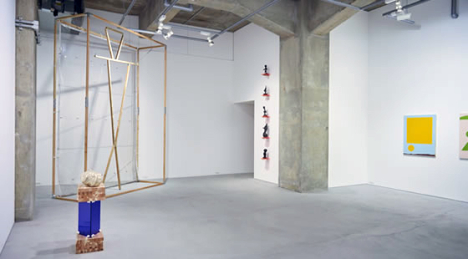 Since it’s opening in 1998, Kodama Gallery has early introduced Kansai art scene to domestic and foreign countries while moving their base from Osaka, Kyoto and Tokyo. They operate mainly on artist’s solo exhibitions and planned exhibitions, based on the philosophy of supporting overlooked young talented artist and helping them at the market. In “Kodama Gallery | Tennoz“, at active space with a ceiling height about 5 meters, it has become possible to introduce actively experimental exhibitions by video / installation-based artists that had been developed in Kyoto’s space that was closed in 2015. 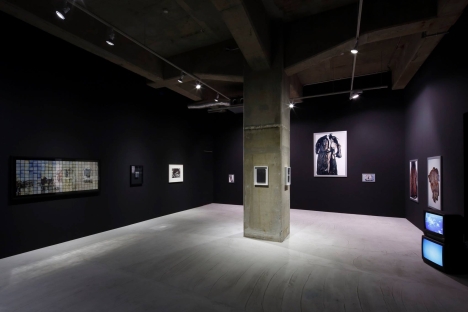 The gallery “URANO” plans on exhibitions and projects which focus on domestic and foreign artists who are leading the next generation, while clearly reflects contemporaneity. The gallery “ARATANIURANO” at Minato-ku Shirokane was renamed as “URANO” when it moved and reopened in September 2016. Takahiro Iwasaki, an artist belonging to this gallery, was picked to exhibit his works at the Japanese pavilion at the 57th Venice Biennale International Art Exhibition in Italy in 2017.