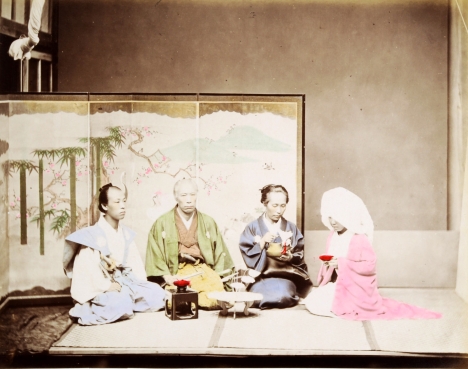 The Photographic collections of Guimet National Museum of Asian Arts was exhibited at the exhibition “Theater of Love” at TORAYA Kyoto Gallery. The joint project of the museum and KYOTOGRAPHIE has been continued every year since the second exhibition. This gives a new insight into Japan during this period of early photography from many pioneers documenting the culture and scenery from both foreign photographers such as Felice Beato as well as Japanese photographers such as Kimbei Kusakabe. 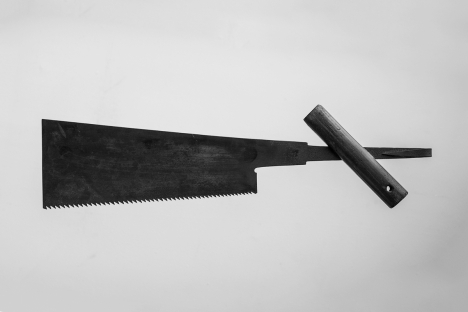 At Mumeisha, “Between the Light and Darkness” by Yan Kallen was exhibited. He is a Hong-Kong based artist, who won the KG + AWARD last year for his artwork “No coming / No going” at the simultaneous related event “KG +”. His work Rhythm of Nature. For his current series, which is symbolized by the elements of light and darkness, focusing on the recurrent and the continuity of opposing and contrasting worlds. An attracted part of his exhibition is the camera obscure, which is created in collaboration with a ritual mirror craftsman, a woodworking craftsman, and a tea ceremony kettle craftsman. The camera obscure projects an image of the outside view by drawing light into a small hole into the darkened room. It can be seen the origin of the camera as we know it today in this simple structure. Yan’s version is a unique and interesting installation that uses a wooden box of Japanese Cyress with growth rings formed by changing temperatures across the winter and summer and metal mirror and projects the scenery of the courtyard of a traditional Kyoto style house in Japanese paper. 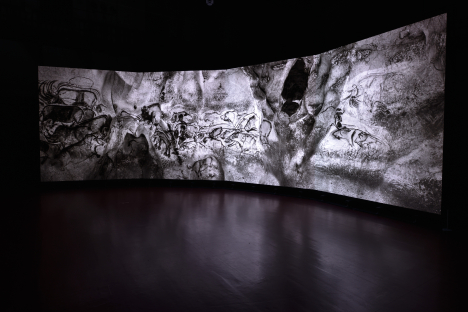 At the first floor of The Museum of Kyoto Annex, “The Elusive Chauvet – Pont-d’Arc Cave” was a series by Raphaël Dallaporta. It is a work which photographed 360 ° the inside of a cave in which the paleolithic mural painting which is said to be the world’s oldest art of about 36,000 years ago found in the French Shove cave. The cave was designated as a UNESCO world heritage site but it is not open to the public. Dallaporta was awarded of the first photographic contest organized by Association for the Development of the Chauvet Cave, and was allowed apart to enter the cave as an artist. The inside of the cave that reproduced with a video installation with a large 4K super high quality monitor of 4m x 12m is a majestic atmosphere.