How did you start working on the theme “PULSE” ?

I made pieces according to the existence of the instinctive world and a preconceived story in my mind. Many of them had individual personalities like a concrete creature which has a face and facial expression. 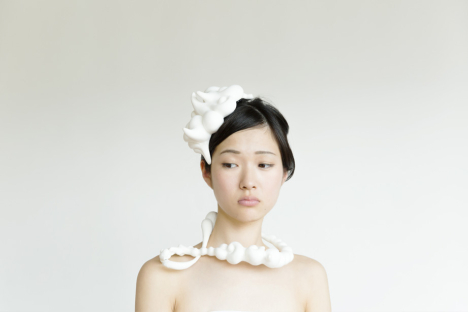 For the “Garden” series in 2015, I created jewelry as art to wear and worked on the outside wall of the gallery. I paid attention to people who “want to be beautiful,” especially the female inner side, and decided “the world where such wish gathers” as a theme of the artwork and space. By using organic clouds as an overall motif, I groped abstract expression of “a sense of creature = a sense of life” which focused on inner “emotions” and “wish and thought” without sticking to facial expression. 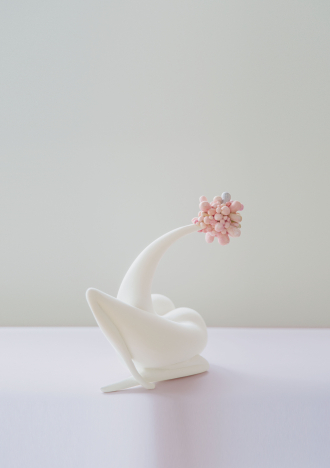 The “BLOOM” series exhibited in Spring 2016 objectively grasped awareness of my emotions and senses and wishes which wanted to be formed. I tried to express invisible energy and existence and the sense of presence which release the energy, which are just coming out. 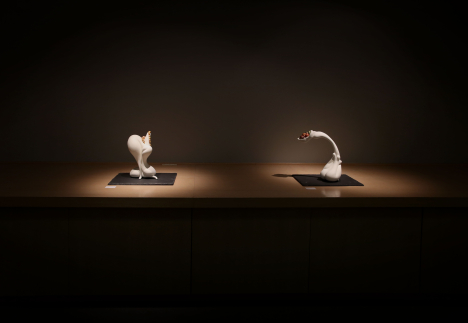 Even though “King and Queen” created in Summer 2016 was developed from the “BLOOM” series, the theme was the relation between them and their world. In the meaning, it might have been another challenge. I carefully thought about what if there are clear meanings and minds for them to exist and I recognize and express, the way to express, and their future world.