Newport Street Gallery is the culmination of Damien Hirst’s dream to have a permanent space in order to display his collection of art as well as hold exhibitions. It is one of the more exciting galleries to have opened in recent years and is contained within three listed buildings that date back to 1913. 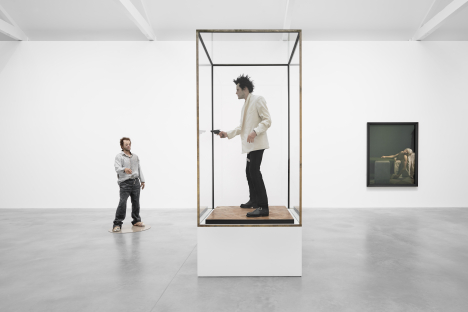 Gavin Turk, Who What When Where How & Why © Victor Mara Ltd, Photo: Prudence Cuming Assoc

From 23 November 2016 an exhibition by Gavin Turk has been held in this amazing space, which is the first time that Turk has exhibited in the UK in 14 years. This artist burst onto the public consciousness in the 1990s as one of the Young British Artists (YBAs), and in fact was not given his postgraduate degree by the Royal College of Art in 1991 when he presented a whitewashed studio that contained a blue heritage plaque commemorating his own presence, infamously known as “Cave”, as his graduation exhibition. 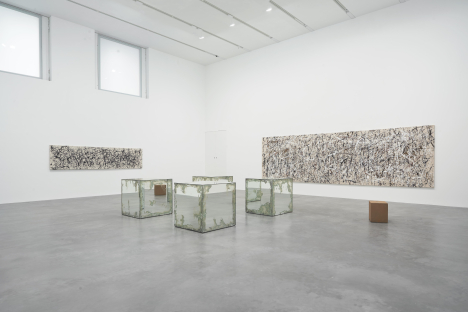 Gavin Turk, Who What When Where How & Why © Victor Mara Ltd, Photo: Prudence Cuming Assoc

His extensive work since then has included life sized waxworks, of himself in the guise of various famous people and three dimensional bronze casts such as “Nomad” – a sleeping bag. He has exhibited across the world, won awards and currently holds the post of Professor of Art and Design at Bath Spa University.