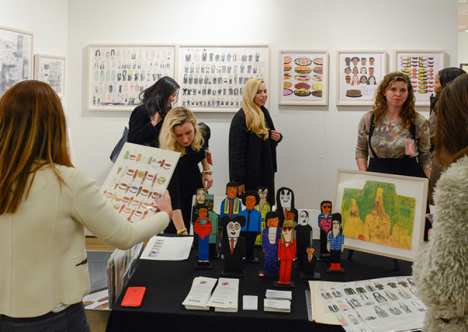 The Outsider Art Fair has gone all out to celebrate its 25th anniversary. Its New York edition features over 60 exhibitors from nine countries, as well as two curated exhibitions, one highlighting the Quilts of Gee’s Bend and the other taking a special look back on artwork featured in each one of the 25 years of the Outsider Art Fair. 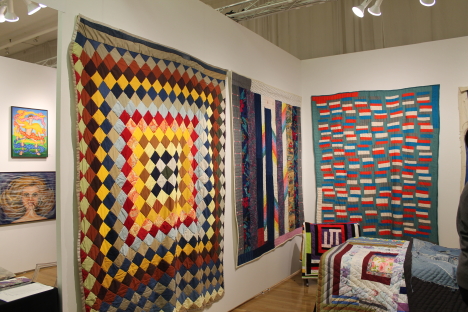 In addition, the Outsider Art Fair held a timely crowd casted performance piece whereby attendees can recite quotes from President Obama’s many speeches at selected times and areas during the fair. The result: a poignant swan song for a President of all people, who like the Outsider Art Fair, champions minorities. 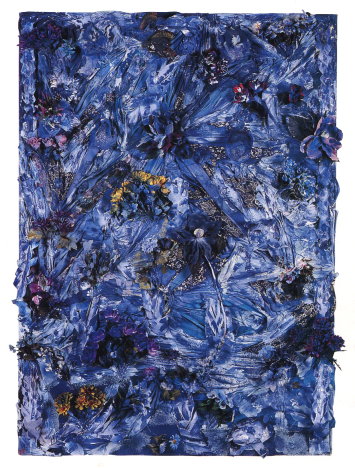 Thornton Dial at Fred Giampietro. Photo: Courtesy of the Gallery

A highlight from the 2017 New York fair included an ornate floral piece by Thornton Dial at Fred Giampietro. The large-scale work is composed of found objects such as polyester flowers, indigo bed sheets, and sponge, all of which are doused in blue paint. As is the case with many of Dial’s monumental reliefs, despite being fastened to the canvas, the objects voraciously spring forth to the viewer. 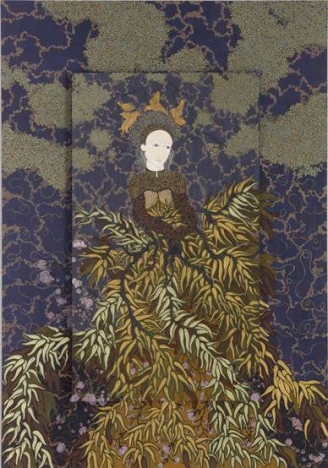 Stephanie Wilde at Stewart Gallery, Photo: Courtesy of the Gallery

Stewart Gallery from Boise, Idaho presented a solo show of works by Stephanie Wilde. The marvelous fairytale-like portraits are intricate and exact in gilded detail of hairline brushstrokes that required magnifying glasses to see the full effect.