In the age of social media and logarithms, we live in an echo chamber that amplifies our likeness. Singapore Biennale 2016 – Atlas of Mirrors brings a refreshing awareness and connection to the physical realm of space, reminding us that whilst cultures and societies within Asian countries are similar yet different, the human psyche of needs and means to interpretate and understand its surroundings hold universal. 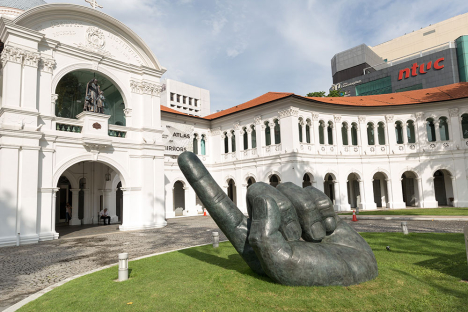 The Biennale features site-specific and never seen before contemporary artworks by more than 60 artists from 19 countries across Southeast Asia, and East and South Asia. Spread out across 8 different venues, and structured in 9 subthemes, the chapters unfold as one moves through the historical Colonial spaces. 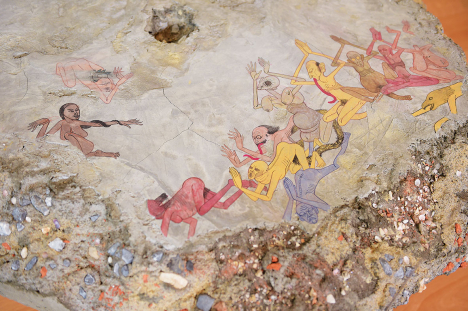 Pannaphan Yodmanee maps the Buddhist cosmos through the most contemporary of materials. Construction materials. The notion of beginnings is constructed with concrete and reinforcement bars peering through the space. Masonry bricks explode off the wall mural of “Aftermath”, suggesting both destruction and rebirth. Miniature stupas emerging from rubble as depictions of heaven and earth are documented with the chronicles of Southeast Asian History. Geometry, lines and dots draw connections as one explores the space, and remain a spectacle with the bigger context of the universe. 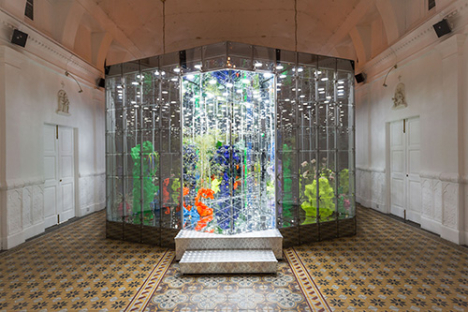 The notion of nature is literally reflected at you in Deng Guoyuan’s “Noah Garden II.” Sited in a former Chapel in the Singapore Art Museum, enter a kaleidoscope of fleeting fluorescent images as 2 rotating panels distort the mirror cladded space. Round and round, now you see yourself, then you do not. Deng’s take on a modern day Song Dynasty classical Chinese garden blurs between virtual, physical, real and reflected.