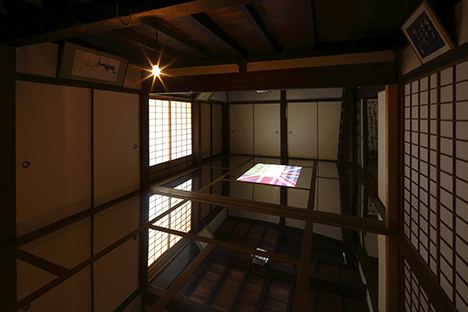 Gangoji Temple was separated from the oldest temple founded in Japan in the 6th century, Asuka-dera Temple, when the capital moved to Heijo. It is well-known that roof tiles from the Asuka Period (6th century) are still used for the main shrine (Gokuraku-do) and Zen-shitsu (meditation chamber, national treasure). The artwork by Kimsooja will be exhibited at 2 locations; in the sitting room of Shoshibo (prefectural designated cultural asset) and at Ishibutai (a stone stage). 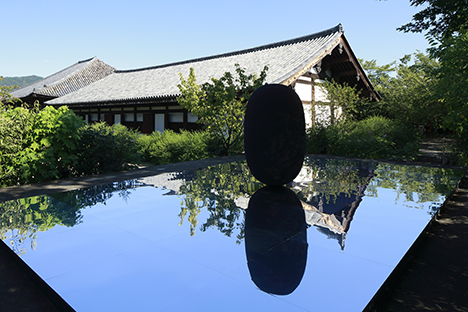 One of the leading artist from East Asian countries, Kimsooja has considered the theme of the work imagining the beginning of the universe. Based on the traditional thoughts of “yin and yang” (light and shadow) shared among East Asian countries, the artist focused on the “time” which Gangoji Temple has experienced since the long history of Nara Period in the 8th Century. Through the artwork being displayed for the temple, viewers may be able to imagine of landscapes and memories that have already disappeared in the history. 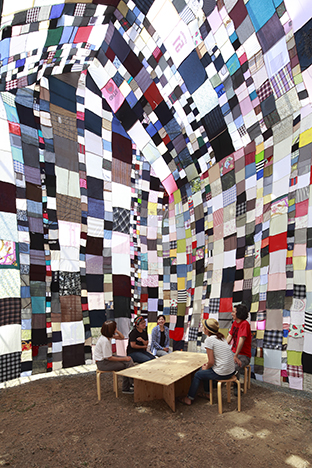 “Art Celebration in Nara” is an art project that allows visitors to appreciate artworks as they explore Naramachi, letting patrons feel history from the Edo to the Meiji periods (17th century to the early 20th century). At the back alley of Kunodo-cho, where Kimono fabric dealers ran their businesses, will be the citizen participation production site. They have collected used clothing from the residents of Naramachi, cut them into squares, then connect them in order to created a patchwork house where people can gather with Yoshinari Nishio. 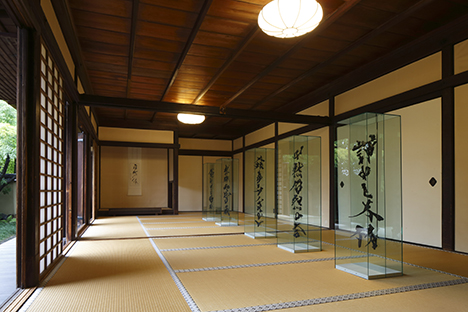 Imanishike Shoin is the remains of a Shoin-zukuri style building of the early Muromachi Era (14th century) and designated as an important national cultural asset. The solo works by SISYU (Japan) will be exhibited at this place. After eliminating words originating from China and other foreign countries, there are “Yamato Kotoba” which are unique to Japanese. In “Yamato kotoba”, one sound contains 2 contradictory meanings. In this exhibition, she is going to unveil her new work in which words become light and shadow to send out a message of spiritualness to nature, using many Chinese “kanji” characters common in the Japanese, Chinese and Korean languages.