The Museum of Contemporary Art Tokyo recently held a show called “Tokyo Art Meeting Ⅵ “TOKYO” －Sensing the Cultural Magma of the Metropolis”, from November 2015 through February 14th 2016. As the title of this show suggests, the theme was “Tokyo”. The exhibition consisted of two large collections of works; the first collection was curated by local artists, the second part was a collection of newly created works with the theme “Tokyo” by artists from all over Japan and from overseas. This exhibition was presented in a way where you can learn how “the 80’s” and “YMO” influenced Tokyo’s art scene, and furthermore, the entire cultural development of Japan. 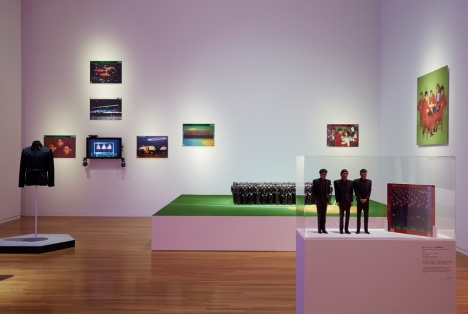 One of the famous iconic 80’s artists, “YMO＋Akio Miyazawa” curated the first part of the exhibition. As you enter the area, you can see posters of live concerts from overseas, costumes together with their miniature figurines from their forth album “X-Multiplies”, as well as videos of their live concerts.

Regarding YMO, Akio Miyazawa said, “They were very conceptual and played with the idea of Capitalism.” He also added that, “Compared to unrefined but very lively music of the 60’s and the 70’s which emphasized on ‘physicality’; YMO established a new category of ‘non-physical’, a very sophisticated and polished style of music.” As YMO introduced this new category of music, it led to a brand new way of expression and development of diversity in fashion. This effect is still going strong as of today. 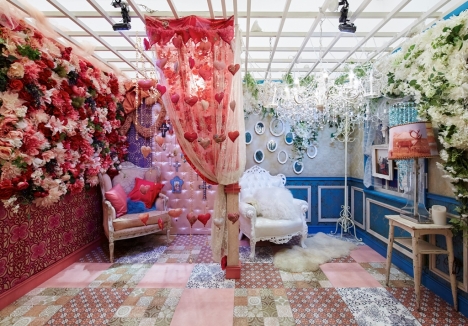 Japanese and foreign artists explore “Tokyo” in this part of the exhibition which is divided into 2 different periods of times; since the 80’s until now, and the near future. Mika Ninagawa curated “Production set to produce myself” to create a production booth for the visitors to enjoy her artistic world. It is a very glamorous yet vicious, and intriguing looking piece. She has expressed the current state of an attractive city of “Tokyo” since the 80’s through this creation. 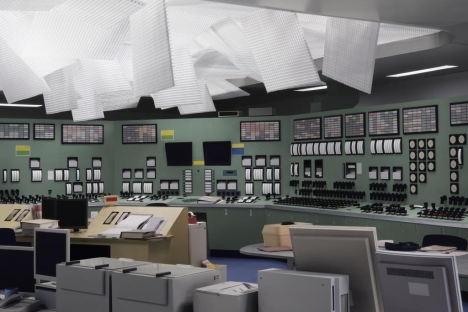 Takashi Homma successfully got to the point with the curation of “Tokyo on the night before something happens”. “Control Room” by Thomas Demands looks like just another artsy photography at first glance, however as you pay more attention to it, you will start to feel uneasy and think “something might actually happen”. “Planned site of National Olympic Stadium” is another important photograph in this series of works. The site has been finalized very recently after the infamous discussion. This is exactly the “Tokyo right before something happens”. 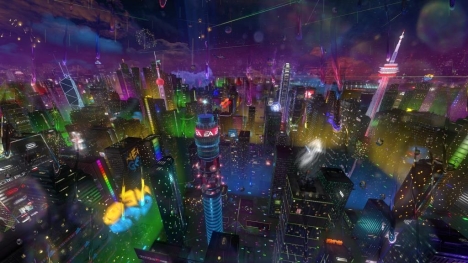 The young and passionate curators duo, EBM(T)（Nile Koetting＋Nozomu Matsumoto） has curated a series of works with the theme of “Sensibility of Post Internet generation”. One of the works is a piece called “20XX” by an American artist Tabor Robak. It presents the future of Tokyo in a moving image. It almost seems like it could be found in a Sci-Fi movie, but it’s a mish-mash of notable skyscrapers and easily recognizable company logos. It is a scenery of a disturbing and hopeless side of “Tokyo”. EBM(T) says “the hopeless-ness and ambiguousness comes from these series of works which makes the whole show” – and it definitely was true.

“Tokyo” as many different artists imagine it to be. “Tokyo” as you see it through these series of works including all sorts of strangeness and beauty. This show might have been trying to send out the message that, “This in fact is Tokyo”.