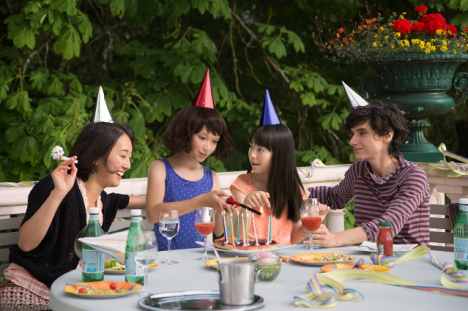 Can you tell us how you came up with the award-winning piece “(Im)possible Baby, Case 01: Asako and Moriga”?

A few years ago, I was having a conversation with a married gay couple, and asked them, “what about kids?” They said, “maybe we can have our lesbian friends have our kids,” and they went on telling each other how “you and she would have really cute kids!” But they didn’t envision children between themselves. Maybe they had pictured what their own kids would look like and just didn’t mention them at the time. After I returned home, I reflected on the conversation, and realized that imagined children can be produced if you envision them, and through DNA data, you can simulate them as well.

Later, when I was reading a book on stem cells, I found out that children between same-sex couples may become possible in the future, but the use of such technology would face ethical barriers, and it would take time to actually put such technology into practice. Ethical barriers—I personally could not think of any reasons why such technology should not be used, so I thought if I asked, people would tell me. 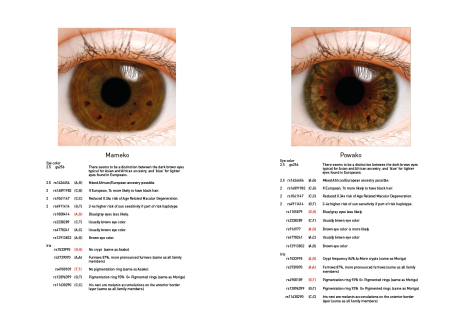 I wanted to know who was making decisions on “ethics” in medicine, and how. So as an example, I looked into oocyte cryopreservation (egg freezing) among single women, and it seemed like decisions relied on an ambiguous and shapeless entity like “conventional wisdom”. So “where does this conventional wisdom come from?” and “who decides on it?” It seemed to depend on a small group of scientists. In Japan, such a group usually comprises old men. This is an issue that is important for us women of a certain age, but it shocked me that nobody has asked us, and we have no say.

I had hoped that this “(Im)possible Baby” piece would open up discussions and questions on rights regarding “who gets to decide whether using such technology is right or wrong” when we actually have the technology for same-sex couples to have their own children in the future. I made this piece with the aim of having as many people as possible viewing it, thinking about it, and discussing it. In order to have many people consider this, I had an NHK documentary tape and broadcast about it. In some sense, it was like expressing a Michael Sandel lecture through art. Incidentally, he has actually published a book on bioethics. It is really interesting, and has taught me to approach problems from multiple angles, to flush out and focus on a problem, as well as the satisfaction you get from thinking logically. 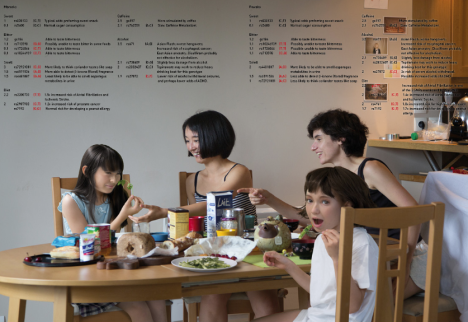 What made you decide to enter the Japan Media Arts Festival?

I have friends and acquaintances from the Institute of Advanced Media Arts and Sciences who have won awards in the Media Arts Festival, and the company for which I worked in London had also won an award, so I’d been waiting for the right time to enter for a long time.

How do you feel about this award-winning piece? Do you feel changes in the times, in society in people’s consciousness?

Japan is said to be looking more and more inwards, but I think it’s self-destructive to lose interest in the outside world. Maybe it is due to its aging society and low birthrate, but both culturally and mentally, it feels like the country’s metabolism is not working properly. Japan is still very conservative, and I’ve wondered, “is art distancing itself from political criticism?” It is in this context that my work won this award, so I was very happy. In the selection explanation, it’s mentioned that there was a lot of discussion, which is the highest praise I could receive. I am doing this to encourage discussion. This piece doesn’t incorporate interactive devices, so I think it is a difficult piece to understand as a Media Arts Festival entry. I think judges who understood my work convinced the other judges.