Chisato Shinya, an illustrator and artist is holding “Looks Like X’mas.” exhibition at Clark Gallery+SHIFT in Sapporo, for the first time in four years. Until last year, she in the artist-named Kinpro has been produced extensively various works such as illustrations of overseas picture books, hotel interior and package design for sweets worldwide, base in Sapporo. Her works all are just illustrations to be loved widely and distinctive, which it’s drawn that “motif imagined from nature” as her own theme, for example charming and fantasy creatures and trees though a little scary. For this exhibition, she draws and exhibits something that “looks like X’mas,” such as exotic Christmas or foreign countries without Christmas which she imagines, as a combination like picture matching card game. At the same time, she produces a 3 months limited room “Artist Room” even at Cross Hotel Sapporo as a cooperation project of Art Fair Sapporo 2015. It’s the very Chisato Shinya colored Christmas with entirely. Let’s see the inside of her which is very charming alike works. 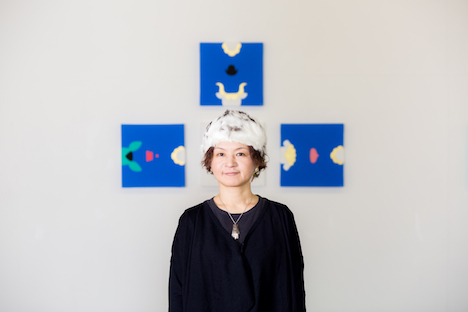 Please introduce of yourself.

Born and raised-up in Sapporo, and I’m living also now. 26 years have passed since I began working as an illustrator. My name is Chisato Shinya. As I had been active in the artist-named Kinpro until last year, there might be people who meet for the first time as the real name. Please remember my new name from now on! 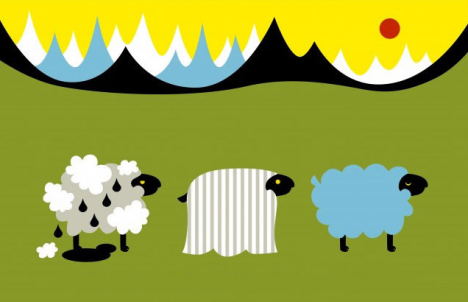 For your new start, do you have new concept or theme?

It’s to draw what I’m feeling now. In short, I didn’t decided yet. To think a theme for projects in partnership with people I have been met. To tell the joy of painting to children. It’s the theme for me to tackle in varied things that I could not tried until today and am interested in. So, I want to also continue to challenge the new method flexibly. 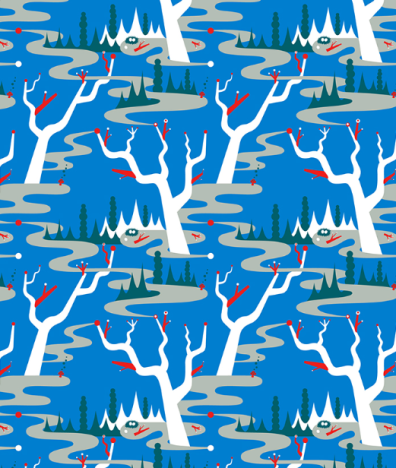 As I heard you have been influenced by pop and minimal art, could you please tell me works and designers remaining intense impression?

So many artists did impact me since my childhood. Andy Warhol was the first one as artist. When I was shocked by the famous tongue trademark of Rolling Stones at the age of 11, I continued to replicate until draw well. And also the Banana for the first album by the Velvet Underground & Nico, and Campbell’s Soup Cans. In addition, I love works of Dick Bruna! About Paul Rand, not only his design, I like his picture books and went search of bookstores often. Then especially Henri Matisse and Joan Miro are my favorites as painters. All including colors and composition affected me very much.