On September 19th, Nakano Geino Sho-Gekijo held a screening of two previously unreleased films in Japan. Located just a 5 minute walk from Nakano station, the small theatre organised this event in collaboration with Gucci’s Free School. Here, we will review one of the films on show, and also introduce the event’s organisers to our readers. 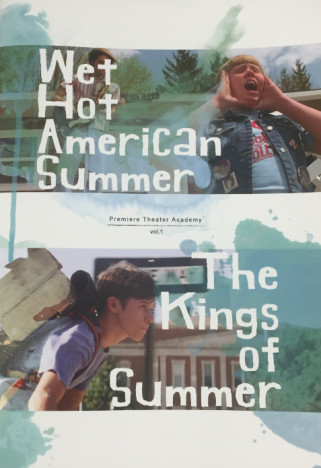 The leaflet of “The Kings of Summer” © Gucchi’s Free School

The highlight of that screening was “The Kings of Summer,” directed by Jordan Vogt-Roberts. The film’s portrayal of teenage life, the trouble with conveying feelings, and the generation clash between children and parents had received rave reviews at Sundance Film Festival in 2013.

Looking forward to adulthood and to become independent from their families, a group of teenage boys builds a hideout in a forest. This coming of age comedy shows the boys maturing and sees their friendship grow stronger throughout the story as they spend time in their hideout. A highly cathartic film, which is laden with themes that resonate with all audiences, such as friendship, affection, love, it gives us a chance to reflect on our own youth while watching it.

The jokes in the film crossed over quite naturally with Japanese audiences, who got quite a few chuckles and laughs out of the lines delivered by the characters. However, this film succeeds not only with its comedic scenarios but also with the highly effective visual and sound effects employed, such as the 8 bit sounds highlighting one scene of the boys in the forest. Audiences were really drawn by the director’s imaginative approach.
‏

Lead actor Nick Robinson, who plays Joe in the film, was recently also featured in “Jurassic World,” released this year. ‘Kings’ is the debut effort by director Vogt-Roberts, who is rumoured to directed the upcoming live action adaptation of the Japanese video game “Metal Gear Solid.” By watching this film and visiting his personal website, we realised he is huge on video games, making him a natural choice for directing Solid Snake in real life.

It may be surprising to see a film of such a quality that has not been released in Japan so the audience was really appreciative of the effort put in by the organisers to bring such a fine selection of so far unreleased films to Japan.

Finally, we would also like to introduce the screening’s organizer, Gucci’s Free School. It’s an organization made up of six members, some of them students and some full time workers – with the help of two extra members during film screenings. Their objective is to present foreign film releases, unreleased in either cinemas or home video, and they even add subtitles to the films themselves. Their previous screening was “The Myth of The American Sleepover” by Robert Mitchell. This time they screened “The Kings of Summer” and Wet Hot American Summer.”

Gucci’s Free School holds their events at an assortment of locations, ranging from independent theatres to empty warehouses, which they furnish with couches for the visiting audience. The ticket price includes a brochure, with very insightful reviews of the films on show. After the screenings, there’s always a debate session with guest speakers.

Films that did not find a release in Japan can still be easily watched online. However, not everyone is fluent in a foreign language and would have a hard time understanding film with no subtitles. To fill that gap, the group created a website with a plot summary of a curated list of films – films that they would like to find an audience in Japan. Since they’ve only begun, they are still figuring out how to improve their events and brochures. However, they are already at expanding the reach of their gatherings and playing an active part in the community. 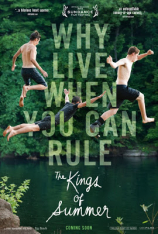