Bernard Sumner is like Sir Alex Ferguson sitting in the bench bringing players on and off. New Order reunited in 1998, and during a gap of inactivity between the 2008-2012, former member Gillian Gilbert was in, Peter Hook out. Later additions to the current band’s lineup are Philip Cunningham playing guitar, and bassist Tom Chapman. We had the opportunity to attend the beginning of this new tour at Annexet in Stockholm, only four gigs after their start in London at the BBC Maida Vale Studios. 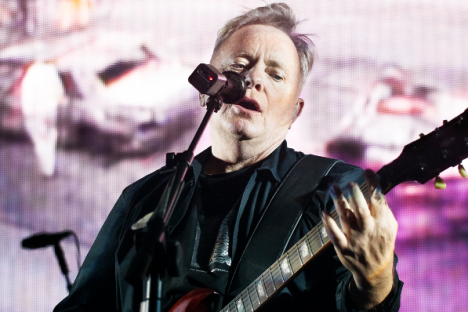 Even though its members have changed, New Order has never lost its original essence, from their musical roots in Manchester. Since `Get Ready´(2001), they’re been pretty active, including an extensive world tour in 2012. Now, they have just released their 10th full-length studio album,`Music Complete´(2015) via Mute Records. 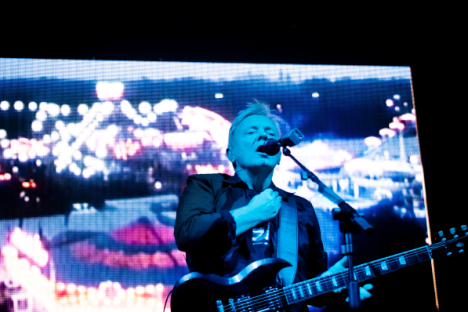 This is the first New Order album without Peter Hook in the picture. The fact that this album has been released on Mute gives you a hint about what direction the band is taking. In other words, although the are writing the same type of pop songs, this album tends to be more electronic-oriented and danceable than the previous ones. 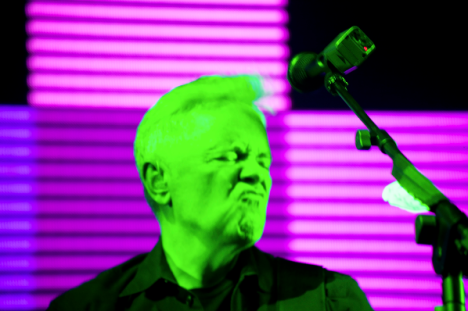 In addition to the band’s move to Mute, some more good news is the return of their old friend and collaborator, Peter Saville, who is not only in charge of the album’s sleeve, but also the moving-image videos for the scenography used in this 2015-2016 tour. 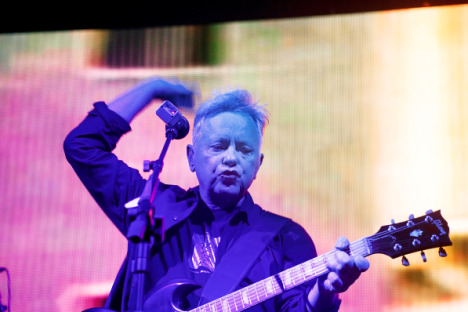 The work of Peter Saville helps to add credibility to the new project, and it is a solid package, a hallmark of the band with tasteful and colorful designs combined with film excerpts moving from one screen to another. 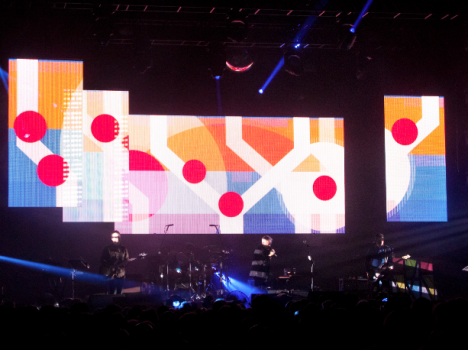 `Music Complete´ is a piece of work, and far from being the sparkless stereotypal album stinking of a money grab someone might expect from artists with such a long trajectory. Eventually Hook has been able to play live both New Order and Joy Division’s back catalogue, namely “Peter Hook and the Light”, which turned out in some sort of terrible cover band – “He seems to enjoy what he’s doing”, Sumner explained to a British reporter.