Primavera Sound is getting used to exceed their expectations year by year, The Festival celebrated their 15 years with historical record of attendance. It seems that the organization finally found the formula and the best way to manage the size, stages and spaces inside the huge Forum emplacement.

Everything worked as a well-oiled machine not only during the weekend but also the previous days with performances all over the city. The overwhelming number of 175,000 people attended the Festival from Thursday till Saturday.

I have the opportunity this year to participate at the Primavera Pro Events and I must said that is really well organized and a great chance to get together with many other professionals in the business. 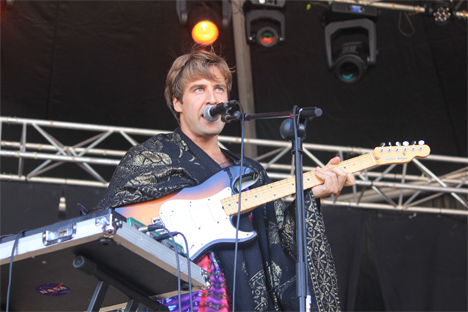 But let’s start on Thursday at the Forum and really early cause at the Pitchfork stage the local band Ocellot gave the go-ahead to the Festival with their energetic and psychedelic rock. Ocellot is a band that I personally know, great friends but also GREAT musicians and it was so amazing to see them eating the stage in a remarkable performance. That was the best way to start. 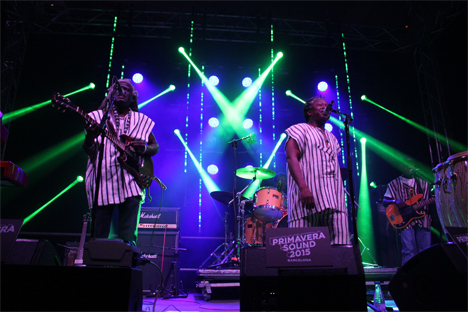 Just at the back of the Pitchfork a really curious stage for which only you could be accessed through a tunnel and inside the place looked like a bunker. But this raw and cold indoor stage called Heineken “Hidden Stage” was colored with the happiness and good vibes from the Sierra Leone´s Refugee All Starts, this incredible band born in a refugee camp of Kalia (Guinea). The band transmitted a lot of freshness with their West African rhythm very near to Jamaican Reggae. 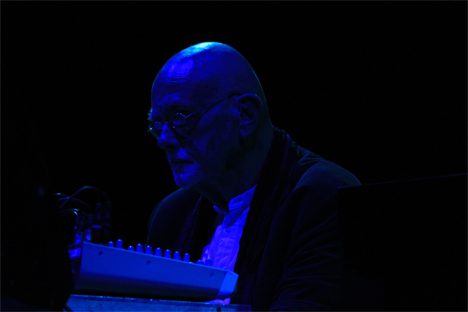 We went to the Auditori Rockdelux, the magnificent indoor Auditorium that is so comfortable that I wish all the festival was only inside this building. The first show we saw at this place was one of the show we were more excited about it, the German Electronic Krautrock legend Hans-Joachim Roedelius delighted us with a performance much more subtle that we expected. Roedelius at the piano and synthesizer surrounded by a band of 3 musicians and a wall of video driving the sound into images. 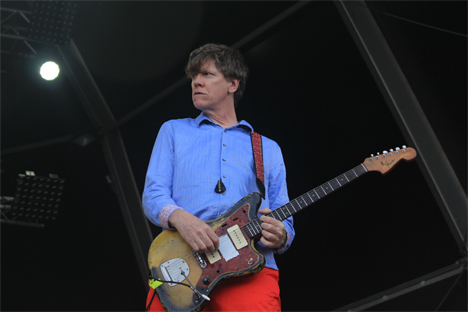 Time for the always interesting ATP stage, this time with the noise-rock legend Thurston Moore with is new band (including Steve Shelley on Drums). As you might know, Primavera Sound is a festival of guitars (mainly) a festival characterized by all forms and styles of rock (independent, avant-rock, punk rock, noise-art rock…) in this field the influence of Sonic Youth is primordial. Thurston Moore presented his album “The Best Day” with the support of an amazing band: Debbie Googe from My Bloody Valentine, Steve Shelley and James Seawards. Strong as always Thurston have won all the fans heart since long time ago, so it is fantastic to see him killing that Jazzmaster Guitar with his uniques tones coming for weird tuning, but also make us hope that “The Best Day” for us will come soon in a near future with Thurston again in Primavera in front of Sonic Youth. 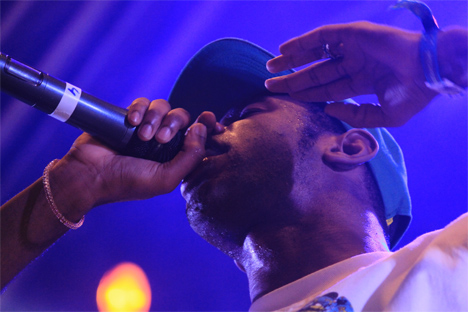 One of the things I like more about the festival is the crazy mix of genres you get to see from one stage to another, so after the sonic performance by Thurston Moore, we went to see the energetic and wild performance by U.S rapper Tyler, The Creator, the leader of influential gang Odd Future and member of the Wolf Gang (Golf Wang) gave a really solid performance reviewing songs from all his albums. We still remember earlier performances by the crew OFWGKTA with members jumping from stage, crowd surfing, audience stage invasions… but this time Tyler, was powerful with the lyrics supported by Taco on the Dj and another gang member on the mic!