The Whitney Museum of American Art will be transferred to an area which is currently attracting a lot of attention for progressive redevelopment. I visited the museum that contained the history of American art, the current figure changing along with the city of New York. 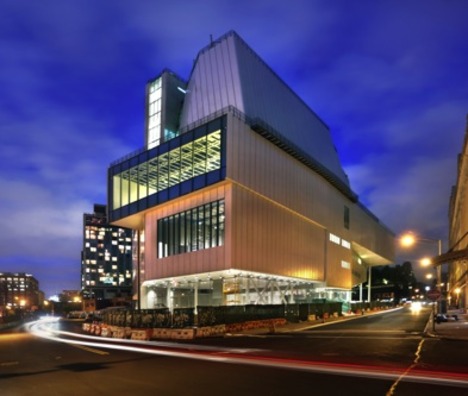 The new building in the evening, October 2014, Photo: Timothy Schenck

The High Line Park, the Whitney chose to a new base faces, facing to the Hudson River is a place that originally reuse the site of elevated freight line and opened as an aerial green road in 2009. From Meatpacking area now that number of fashionable boutiques and clubs is on the increase, this park where is followed by 1.6 km by leaving the Chelsea district crowded the gallery, functions as a place of recreation and relaxation for a lot of visitors. 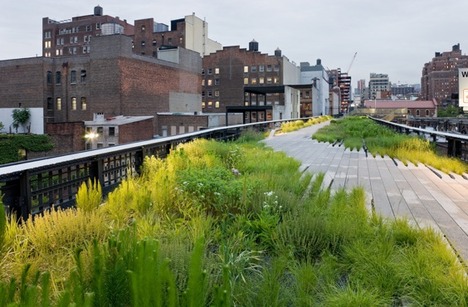 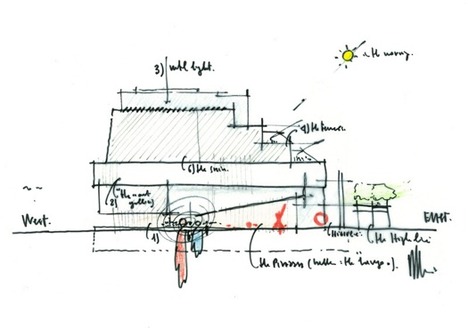 Architectural design was by a worldwide architect born in Italy, Renzo Piano. He had an influence on the spirit of the American contemporary artist Robert Smithson who said “a city gradually returns to a natural state”, and designed the tower which seemed to be pushed around the buildings and space and be shaped. It is not just a building, the museum has a close connection with around the environment and community, and it is possible to glimpse the philosophy in relationship between the city and nature. Of course as a museum, it will also be paid attention as a number of prominent historical as well as building buildings in New York. 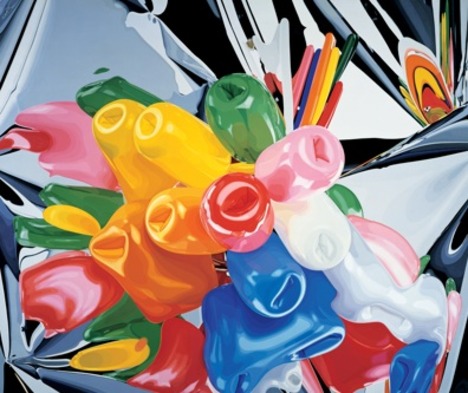 The Whitney is known to have particularly emphasis on American art. It has a lot of collection of Edward Hopper, and the last large-scale exhibition before the transfer is a great American pop artist, Jeff Koons. The founder Gertrude Vanderbilt Whitney, had been collecting American art works of more than 500 points in the 1920s. He attempted to donate the collection to the Metropolitan Museum of Art, but it was refused because American art hardly receives recognition at that time. It was the beginning of the Whitney that he established his own museum in 1931. Later, the Whitney has been embodied the history of American art. I may as well tell that the Whitney has had a strong relationship with many American artists and has lived same era together. 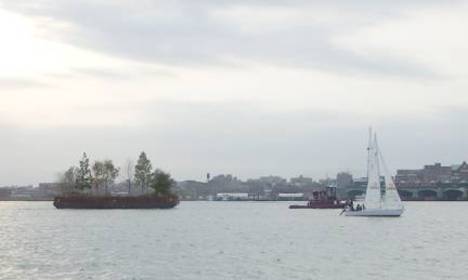 Robert Smithson who is described above is not an exception. He has a close connection with the museum, and it can be said that he is the core of the concept in the current transfer architecture. His is known for a work “Spiral Jetty” and a project called “Floating Island” (which did not happen in 1970) that protrudes from the spiral of lakeshore made of width approximately 4.5m of the bank in Salt Lake City, Utah, was embodied in his retrospective in 2005 by the Whitney. This work was swimming Hudson River for 2 weeks by a tugboat tugged the 27mx9m population island, and had become an homage to Central Park designer, Frederick Law Olmsted. 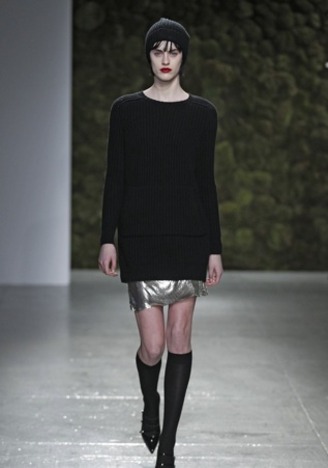 In addition, during this time of relocation, there seems to be a movement responded in the field of fashion. Fashion brand Max Mara, who is the sponsor of the opening party, has developed homage to the Whitney in the 2015 Pre-Fall Collection. It is the collection also says some sort of collaboration such as the clothes that have been inspired by the progressively bulging appearance at the Park Avenue currently. As Architect Renzo Piano is inspired by the artist Robert Smithson and designs a new building of the High Line, the Whitney links fashion and buildings as one of thoughts and ideas, and there seems to be reflected the museum’s philosophy. With the relocation, it could be said that the Whitney, which has a long history, is exactly embodied. 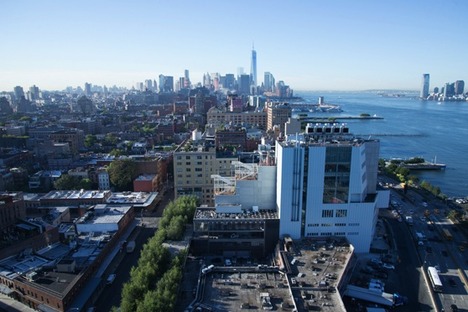 The building viewed from the roof of the Standard, July 2014

It is possible to see the construction progress of every 15 minutes by the web camera on the official website. The Whitney will transfer to a redevelopment are, the High Line where shows us a new one side of New York. New building will be opened on May 1, and it will be the large-scale exhibition of permanent collection. While you enjoy the exhibition of the new museum and feel the wind of the Hudson River flowing through the side of the High Line, why don’t you think of New York where continues changing with history and of the United States where is changing?