The past knew fluid boundaries. The ancient kingdoms of South and Southeast Asia absorbed influences from both East and West, responding to religious, political and economic encounters that formed paradigms and alliances for societies and cultures to evolve and manoeuvre through. Fast forward to Modernity and the rise of globalisation, these boundaries have grown rigid and defined, where nations are outwardly open in the globalised world of free trade and yet passively protectionist to issues that hold no benefit to them. 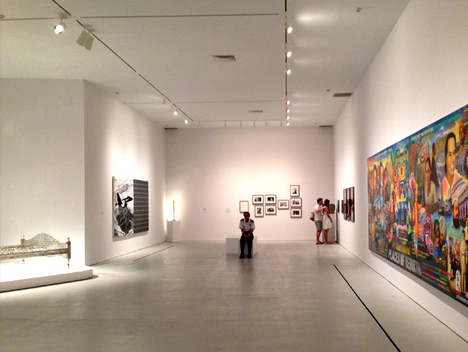 No Country: Contemporary Art for South and Southeast Asia

No Country looks at the landscape of South and Southeast Asia in the light of regional identity, culture and global issues sans the label and boundary of nationhood. Covering tracks of South and Southeast Asia to feature contemporary art by 10 different artists from 10 countries, the manifestation of work reflects upon the mind-set and state of society of the respective artist. 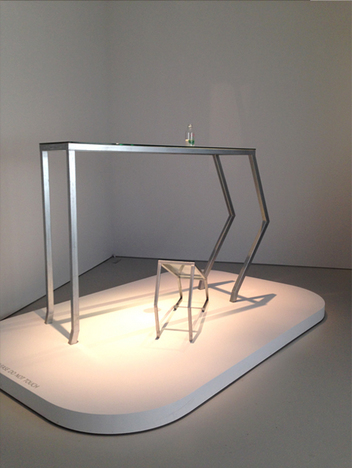 The use of glass and galvanised steel in Tang Da Wu’s installation “Our Children” recalls the metal and glass cladding often used in the modern skyline of Singapore’s Marina Bay. Reflecting upon the notion of filial piety, “Our Children” is based on a scene from a Teochew Opera, reconstructing the scene of a baby goat suckling at its mother. One could read the installation as a romantic glass bottle of milk perched on a modern day “table,” accompanied by a smaller side table, aptly abstracting upon the conflict between modernity and the eroding Asian value.

Morning Glory, a massive rattan scuplture by Sopheap Pich reflects upon the lightness and fragility of the delicate flower. Yet the choice of material suggests a sense of robustness and hardiness that the Morning Glory is as a creeper. The scale brings about a sense of monumentality, its source as a pillar of strength during the Cambodian Khmer Rouge’s rein. 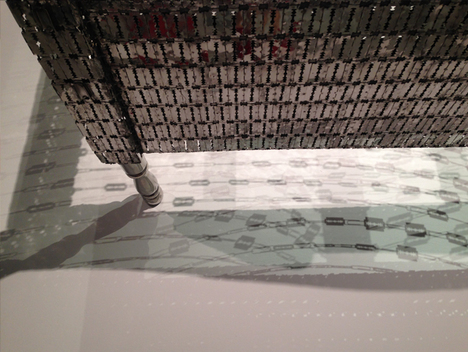 Vincent Leong’s “Keeping up with the Abdullahs” makes reference to State policies that cut across race, culture, rights and history. Two ethinic minorities of Malaysia, the Chinese and Indians are depicted wearing Islamic clothing posing for family protraits. Islam is the State religion and the photographs of these minorities are reminiscent of the Malay sultanate through composition and use of props such as the umbrella, alluding to eras before and current where conflict and tension are balanced with assimilation and coexistance.

The landscape of South and Southeast Asia through the lens of contemporary art highlights the influence of history and how even between neighbours, similar issues of identity, culture and existence are constructed and approached differently as the boundaries of a nation and country forms varied landscapes for culture to exist and evolve.