The National Museum of Art, Osaka presented an important retrospective of a major local artist, Tetsumi Kudo (1935-1990), revealing a true visionary, who predicted the harmful effects of nuclear power and the alienation of human kind by machines, all subjects of a poignant reality today, particularly in Japan. 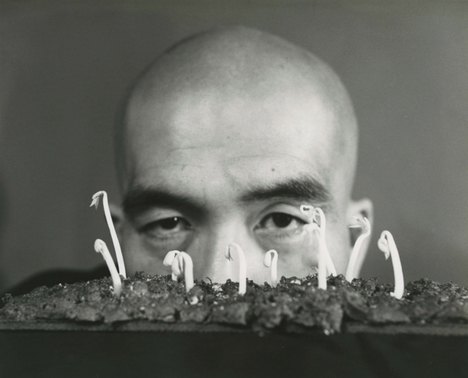 Born in an artistic family, Tetsumi Kudo studied at the Tokyo University of the Arts, where he much later became a teacher, in spite of his reputation as a genuine agitator. He has been one of the leaders of the Anti-Art movement, and the notion of Anti-Art even seems to have been first formulated in reference to one of his works. The adepts of Anti-Art rejected the expressionist abstractions dominant in the 1950s. But the movement also corresponded to the need of the youth, who had grown up in the aftermath of the war, to engage in political and social questions. Alongside the parallel exhibition of Your Portrait, “Collection 3 ‘Your Portrait: A Tetsumi Kudo Retrospective’ from Anti-Art in 60s to Art of today”, the museum presents some works by other participants of these often violent movements and many very interesting documents lent by Kudo’s family. 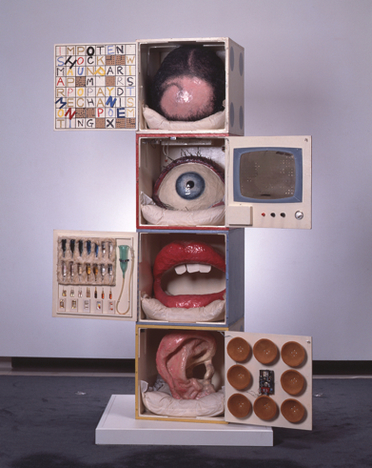 In 1960-1961, Kudo started his creations of Philosophy of Impotence, a harsh condemnation of Japanese conversatism. More generally, the artist denounced the lack of communication between human beings and the destroying power of industry. In 1962, he left Japan for France, then presented several quite virulent performances, some of which are presented on video in the exhibition. A French art critic describeｄ him as “Objecteurs – a person who makes objections / a person who makes objects”, questioning the relations between art and reality or the obsolescence of traditional artistic tools. 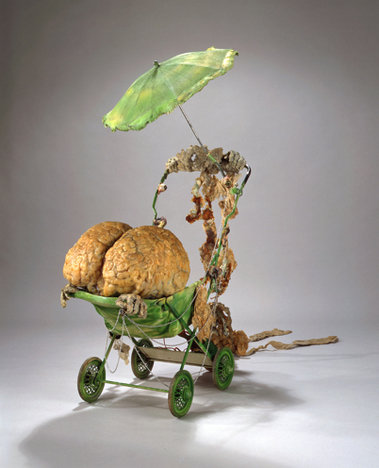 Kudo presented himself as an observer and analyst of contemporary society, and considered his works as “communication tools”, as media to deliver his messages. He praised ecology to counteract the damages of nuclear power, pollution and human alienation. He denounced sexual taboos and the Occidental false humanism. Kudo repeatedly evoked death (of man as of art) and destruction. But he never allowed himself to fall into absolute pessimism, and put his hopes in the emergence of a new ecology, of a new humanism. 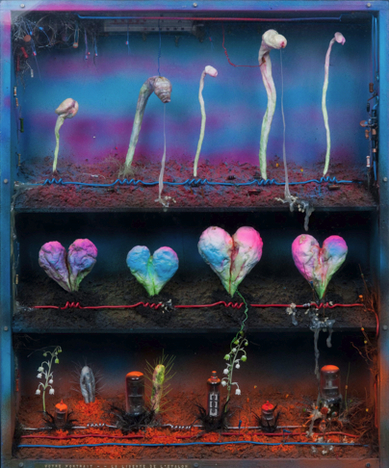 Always willing to provoke strong reactions, Kudo tried to directly evolve the viewer in his reflections. The title Your Portrait, which gives its name to the exhibition, expresses this desire. These “portraits”, which are among Kudo’s most emblematic works, present human figures trapped in boxes or cages, pathetic and scary at the same time, and always imbued with a good dose of dark humour. Kudo’s sense of humour is indeed the sole element that refrains the works from complete negativity, and it brings a welcome breath in a sometimes highly disturbing atmosphere. The strange cocoon-like characters that occupy one of the rooms of the exhibition, one pushing a stroller from which escape creeping cries, another one resting on a deckchair into which it seems to melt, are also perfect examples of this exploration of the extremes by his talent. The last rooms only appear somewhat lighter, showing works from a period when Kudo, freed from his heavy drinking problems, seemed to have found some sort of maturity and calm, even if the discourse remains powerful. 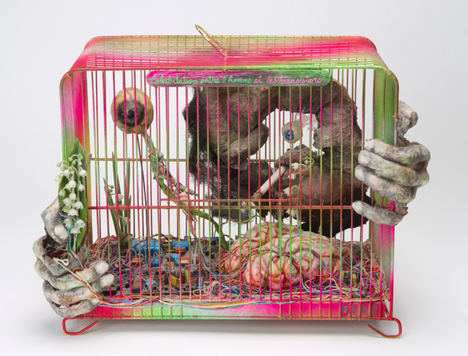 The dramatic events experienced by Japan in 2011, and their lasting consequences, unfortunately recall the importance of the questions raised by Kudo several decades earlier, resolutely inciting us to a re-evaluation of this unique artist. Your Portrait is definitely a clever and daring choice for an exhibition which will travel in several major Japanese museums (in Tokyo and Aomori) and, above all, it is a well deserved homage of his native country to Kudo, after years of relative oblivion.