Europe meets Asia at the first Asian installation of the world famous décoration and home-fashion trade show MAISON & OBJET. Entitled MAISON & OBJET ASIA, the Singaporean cousin is smaller and compact but no less richer than its Parisan counterpart. Dedicated to the interior trade and industry, MAISON & OBJET is known to set the trojectory for all things new and to be in vogue. Think of a treaure filled emporium where every designer’s desire is fulfilled. 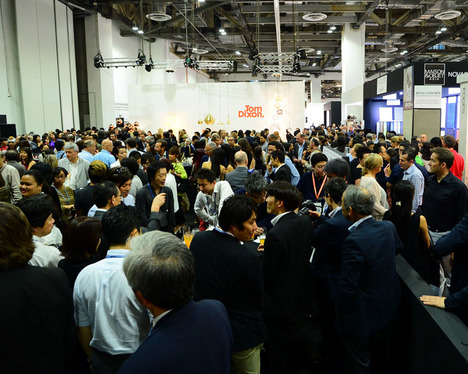 No wonder MAISON & OBJET ASIA was abuzzed with local and regional designers. The who’s whos were spotted amidst the halls of Marina Bay Sands Convention Centre. From architects, interior designers, store buyers, stylists to visual merchanisers, designers were spolit for choice in this emporium of stylish objects. You name it and MAISON&OBJET ASIA has it. Infact, in several colours and designs. 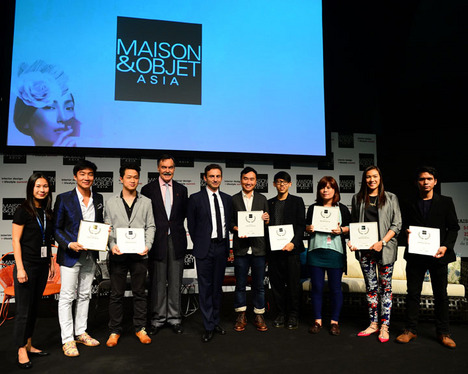 From interior finishings of wall panels, carpets and veneers. To hardware such as fixtures in the form of stylish door handles. From accessories of lights, ornaments and artwork for the walls. To cutlery and China for the table. All aspects of an interior was represented. The strong European presence within the show could not be ignored. Rich tapestry and ornate carvings, formed a refreshing contrast to the slick and clean Japanese minimalist asesthics. The array of accessories brought craft and design to the forefront. Together with the array of lightings, furniture seemed to have taken a backseat in the showcase. 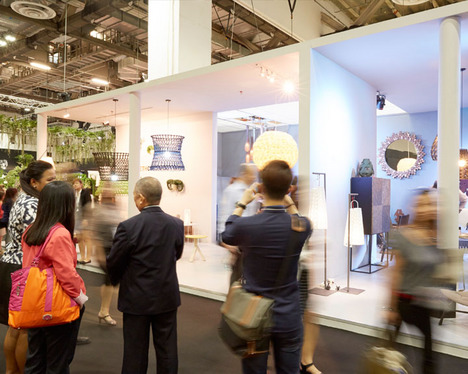 The Rising Asian Talents Platform showcased upcoming designers from across Asia, featuring Singapore, Thailand, Hong Kong, Taiwan, Philippines and Indonesia. It was a balance between concepts, and innovative explorations in materiality. Well crafted furniture from Thailand, colourful ceramics from Taiwan to concrete paper weights from Singapore all attempted to balance form, with practicality and creativity. 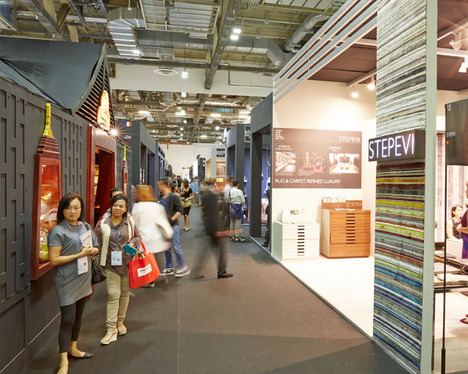 It was not all talk shop and signing deals across the four days event. Talks to engage the intellect were evenly spread out throughout the days. Anchored by Tom Dixon’s keynote speech on his design philosphy, it was a pleasant touch for the locals such as Kelley Cheng to share the same platform, on her design thoughts. Topics such as heritage and urbanity in the realm of design, brought new discussions to approaching interiors, craft and space.

Small and compact it may be. The vibe and interest displayed at MAISON&OBJET ASIA’s inaugural showcase shows glimpses of what the Asian counterpart could grow to be.