For cultural exchange between Northern Europe and Japan, intercultural experience for young generation, and charity for the Japan earthquake, the opening of the Miyukino International Short Film Festival began at the Hokkaido University Clark Hall Auditorium, Sapporo on February 1st. This festival continues in various places throughout Japan.

The event introduced, not only films, but other aspects of Northern European culture in three parts. The 1st part was a mini concert by two professional Kantele players based in Sapporo. Japanese players of Finland’s traditional musical instrument, Kantele, are very rare. For the 2nd part, Ulla Kinnunen (The Finnish Institute in Japan) gave a lecture commemorating the birthday of Finland’s representative architect Alvar Aalto (Feb. 3rd). A theater designed by young Aalto and its related cultural movement were introduced with some episodes and photos of those days. 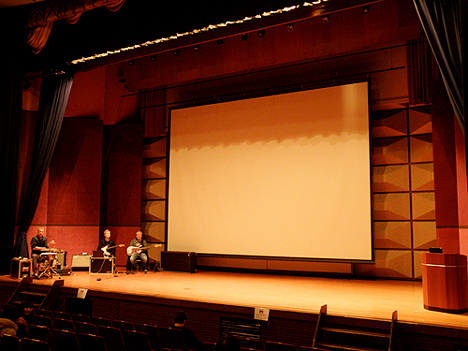 And in the 3rd part, the master of art film, Finish director Aki Kaurismäki’s silent film “Juha (Japanese title: white petals)” (1999) was shown with improvisation music by HUNTSVILLE, a band consisting of three Norwegians, playing for their first time in Japan. 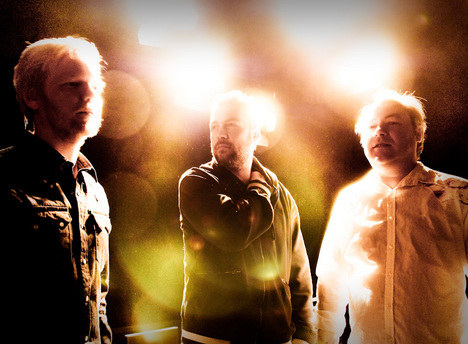 HUNTSVILLE in an interview with SHIFT commented, “The audience can expect a totally different experience. It’s neither just a movie or concert. It’s both of those and neither of those things—it’s something else.”
Silent film and improvisation. When both effects overlapped, what did the audience experience and what did they share? 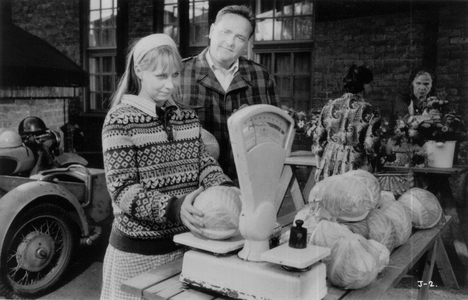 The original story is a famous novel by Finish author, Juhani Aho. A city slicker appeared in the country house of a harmonious couple tempting the young wife, “You can live rich”. Hearing his words, the wife began to feel suffocated by country life. She finally left the house. Juha flowed on the river at that time. Contrary to her admiration for the city, it was not long enough that she was awoken to the rough reality. She then knew the beauty of her lost happiness.

Kaurismäki used traditional shooting techniques and the film was called “the last silent film of the 20th century”. At the same time he expressed the repeated foolishness of humans, he tried to voice our lack of relationships with elegant humor, which overcame the difference of languages, rather than giving us morals. 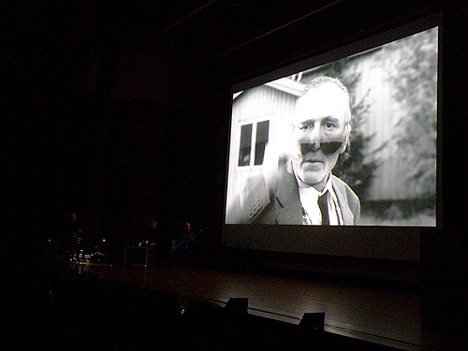 About adding HUNTSVILLE’s improvisation to the completed film, they thought, “The atmosphere and the way of presenting our music may not be linked with cinematic presentation, however, you can find the attraction in this point.”
The performance didn’t actually change to coordinate with the timing of the scene change; instead, it is by the director “showing the still figure by the movement of the camera”, “showing the movement of the figure by stopping the camera”, or “showing things by stopping both”. 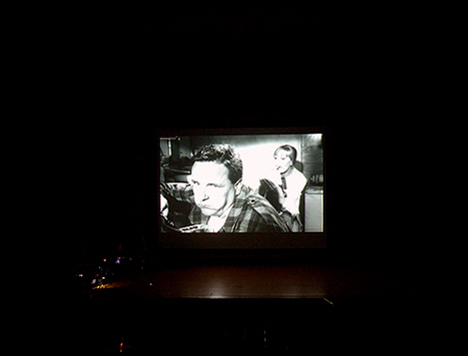 Because HUNTSVILLE loved Aki Kaurismäki’s original work, they selected this film and played improvisation music with it at a film festival in Europe with the idea that “the dark humor might create good contrast to our music.” It is as if they shared that direction the story would take. 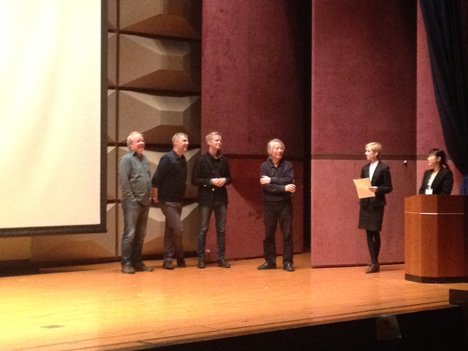 HUNTSVILLE also replied, “We will try making a huge creature rather than the usual organized ensemble music by soloists. We will focus on making a group process from each of our egos”. Even though the old members are aware of each other, in the case of improvisation, three different kinds of music will be born from each ego. Three different rhythms, melodies, harmonies and tones are overlapped, creating three-dimensional music as if a drop of water ripples and fills the container. The sound placed far away spread to throughout the atmosphere and held us, and then we soon heard another sound echoing very closely in our ears. We experienced a distinct, comfortable feeling.

The silent film “Juha” only has one scene where the voice of the actress is heard. It’s a scene where the singer in the film sings “Love is hurtful,” and we feel the unhappiness in the future, contrary to the wife’s temporary happiness in the city. HUNTSVILLE didn’t sing or play music during this scene. They entrusted the actress’ voice to the imagination of the audience. It was such a wonderful presentation that intellect moved our senses. Her facial expressions and gestures overcame the scenario, and its silence increased the special feeling that overcame the score.

In the end, the abandoned husband finally went to the city and took back his wife. After the revenge for the man who trampled his goodwill and dignity, he made his wife free. Injured from the battle, he died alone at the space for dumping garbage. Depicting a way of life by depicting a way of death. It was a pictorial and impressive last scene. HUNTSVILLE played a certain rhythm during the following end credits as if the husband’s heart beat still continued. It sounded like the band praised that the husband fought until the end.

Music can’t change the story of the film. The improvisation by HUNTSVILLE, nevertheless, had the power that made the conclusion of the film open up to the audience—not shut it up. This unrepeatable performance made us think that this fantastic shared experience was a miracle. The applause from the audience was given for the work composed with the film and performance.

The revenue of Miyukino International Short Film Festival would be used for free screening at the stricken area of Japan earthquake. There are more charity events in various places from now. Northern European and Japanese short films will be screened at “Snow Theater” that is made with snow from Madarao Kogen on Feb. 22nd. The schedule and the details are on the official site of film festival.