An Art Festival that covers the whole Nara area. The 3rd year of HANARART has a theme of “ART × local love chain reaction”. Nara prefecture has been divided into 8 areas and each area is going to relay the festival during 2 and half months. This is a project that consists of the whole town and the inside and outside of all of the traditional houses. People attract people and art falls in love with the local people. This festival hopes that everyone who is related to HANARART will enjoy a pleasant chain reaction.

HANARART has 4 large parts. The “Core”, “Air”, “More”, and “The project of treasured box.” I would like to introduce the main “HANARART Core”. The venue is in Yamato Koriyama city in Nara prefecture. Since 1724, there has been a history of goldfish farming here and thus the goldfish is the symbol of the city. People call it the “castle town where goldfish swim.” Facing such a distinctive history and culture, this contemporary art exhibition searches for the answer to “why this place.” After the application period to be curators, 3 groups were selected by Mr. Yasuyuki Nakai (Chief Curator of the National Museum of Art, Osaka) and Mr. Yoshinori Nomura (Director of the committee of this festival). The venue has 3 zones and each group curates the exhibition with their own theme. 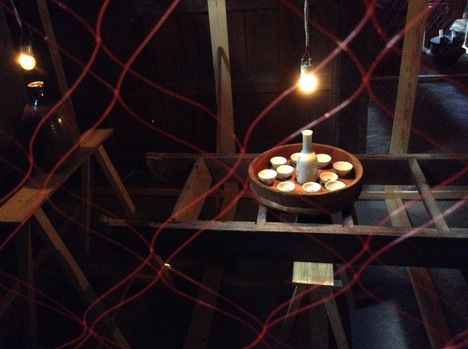 The theme of Zone Sakaimachi is “Aidakarada (because of love)”. With 16 groups of artists from 4 countries such as Samuel André and Ryohei Minami, the curator Akihito Okunaka developed a project for analyzing the dynamism of the human relationship and body. They created the space while thinking of various comparisons, contrasts and borders in the venue. The work by Antena produces the space with the motives of a Shinto ritual. A piece by Yasuaki Onishi uses urea and depicts transitory natural phenomenon which have different mass and weight, and changes day by day. At a wine cellar in the house of Asai, these 2 works take advantage of the space and are very symbolic of a comparative structure. 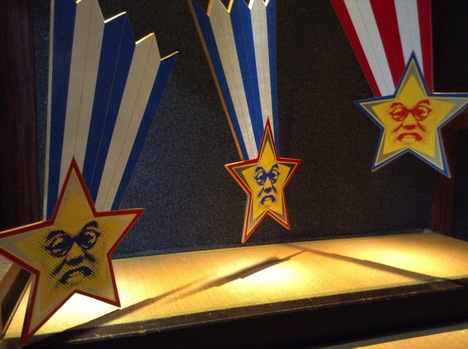 Gender Yoshinaga is aware of the stream from the entrance to the earthen floor and the courtyard, and has created a work with the sense of attractive space and borderline. “Daily” shows sight specific art inspired by the locally famous love story in which a lover came to see the lord of Koriyama Castle by boat in the past. 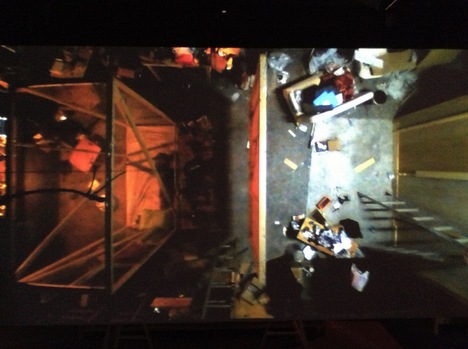 Keita Yoshihara spent a month at Asai garage for his production. He continuously recorded his life there from a camera hung on the ceiling during the production. He projects those images on the screen as “The minimum action for the exhibition” and asks us what is the basic human existence and the basic way of living. 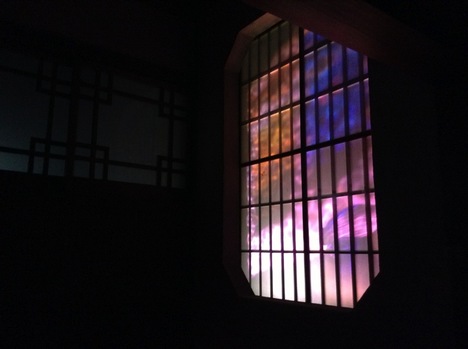 The former house of the Kawamoto zone has a theme of “castle city excursion”. The curation was by an art unit Sarasvati (Yoko Nakata, Hiroshi Matsuo, and Takahiro Yamanaka) with the motif of “standing goodness by Lake Biwa”. Nakata also curated “Biwako Biennale 2012” as the chief director.

The former house of Kawamoto is a very rare 3 storied wooden house and was used for the red-light district from 1924 to 1958. You can see the perfectly preserved layout of the house from that era. 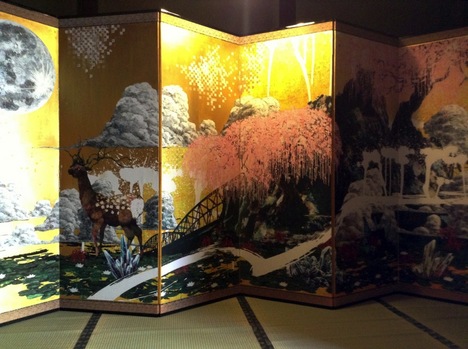 First of all, a work by Yuta Ikehara welcomes you at the entrance. He creates an original and illusional world by composing hand drawing materials like a collage on a digital medium. Masato Tanaka uses the techniques of combing analog and digital as well, and his work makes you not only see it but also experience it. 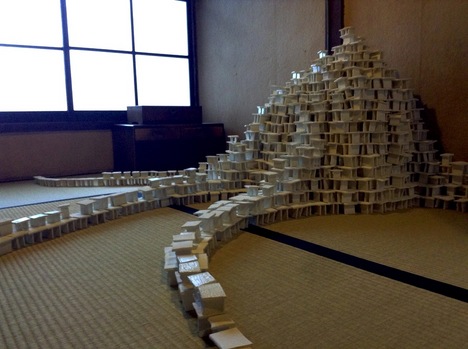 The second floor still has the construction style of the red-light district, here there are many works which make you think of “the value and weight of life”. Hiroaki Tokutune, a ceramist, exhibits pieces of white ceramic which are set on the floor across the room. You could feel the increase and continuity of things from these. His work has just been set on the floor and appears to have been broken as if by accident. Like human DNA which is created by piled occurrences, this work expresses both ephemerality and strength. The Art Unit HUST (Hideyuki Usuki and Shingo Toyama) is composed of a “step of life” by regularly lined iron like work on the steps. 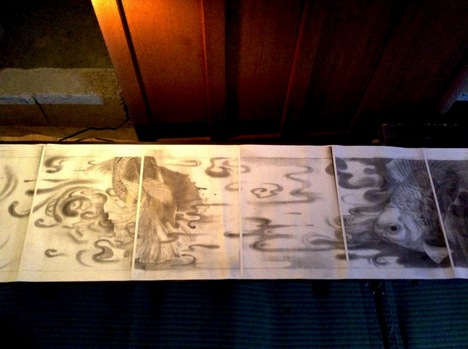 The zone which is in the Yanagimachi shopping district is the “Goldfish Renaissance 2013”. The curator is Mr. Yuji Dogane, a media artist and a professor of the Kyoto University of Art and Design. Imaginary Yamato Koriyama Gold fish laboratory has been planned and folklore, anthropology, linguistics, business model, communication, evolution, genetics, physics, and complex science of gold fish are expressed as contemporary art. 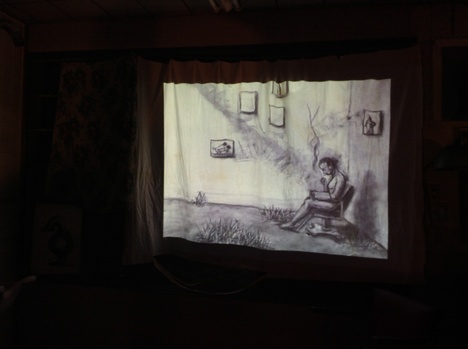 The Room of Desire / Miki Okamura

The “HANARART Air” exhibition consists of an artist in residence. The artists stayed in the area and got involved with local people. The independent projects “HANARART More” and “Treasure box project” which introduce expressive activity, over the category of contemporary art and old treasures, are following as a relay as well. Cutting out the old city of Nara as a point for “art”, they suggest to us the discovery of new amusements.