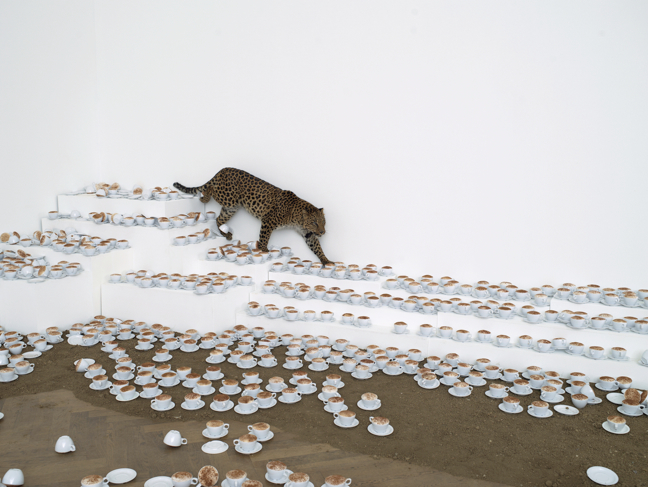 From famous names to younger or lesser known artists. The wonderful world of Emmanuel Perrotin collection.

After the huge success in 2012 of Fantastic, a major festival-like calendar of events spreading all over the metropolis, Lille 3000 is back in 2013 in the sole Tri Postal (familiarly called the Tri Po) in Lille. 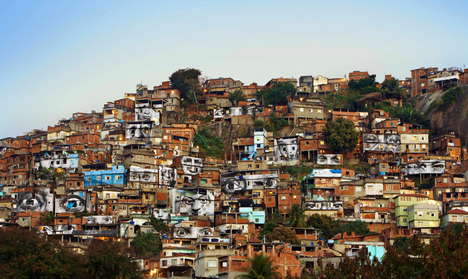 This time with a new spectacular exhibition, in the line of those dedicated in 2007 to the François Pinault Foundation, in 2009 to the Saatchi Gallery, and in 2011 to the Centre National des Arts Plastiques. All occasions for a wide audience to discover a large array of contemporary artists, from emerging creators to international stars, but also to “meet” the figures that promote this art, each in their own way, collectors, art dealers, institutions… 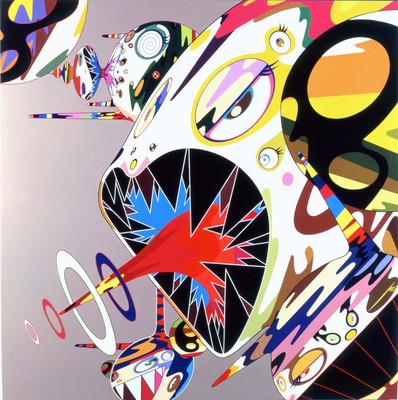 Emmanuel Perrotin, who started working in the art field at the early age of seventeen, (as the assistant of young gallery owner Charles Cartwright), has become himself one of the world’s most renowned art dealers, owning spaces in Paris, Hong Kong, Miami, and since this autumn, New York. A passionate autodidact, he opened a first gallery in Paris in 1989, making it change location for a quite a few number of times along the years. Perrotin organized the first commercial exhibition of Damien Hirst in 1991, and presented Maurizio Cattelan the following year. In 1993, he started collaborating with Takashi Murakami. Thanks to all these audacious but clever choices, his is now celebrating its 25th birthday, a unique event that Emmanuel Perrotin chose to share with as many people as possible in Lille. 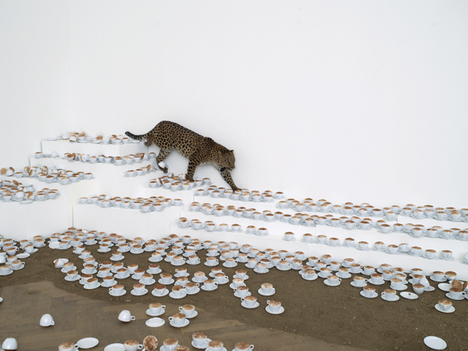 The gigantic rooms of the Tri Postal (a former postal sorting office) host about a hundred works, of course by Hirst and Cattelan, but also from other famous artists (Sophie Calle, Wim Delvoye, Leandro Erlich, Lionel Estève, Gianni Motti, Jean-Michel Othoniel, Philippe Parreno, Tatiana Trouvé, Xavier Veilhan, Jean-Luc Vilmouth…). Apart from Murakami, several other Japanese artists are present, as Aya Takano, Mr., Chiho Aoshima, Mariko Mori or Kenji Yanobe. Some of the pieces on display were especially created for the event, the large scale of the space giving much liberty to the artists. Among those who imagined specific creations for the exhibition are Gelitin, Guy Limone, Pieter Vermeersch, or JR, one of the favourite artists of the visitors. 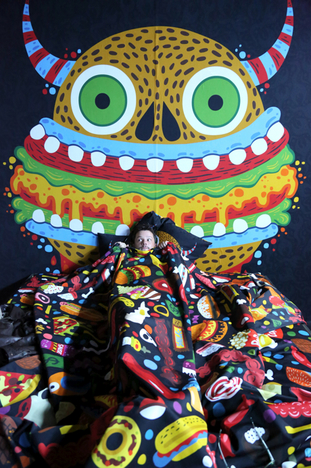 Outside the Tri Postal, several installations can be seen in other spots of the city, like huge photographs of Paola Pivi in Lille Flandres train station (and in the Gare du Nord in Paris, where the TGV leaves for Lille). Saint-Sauveur, a Lille former goods station turned into a family-friendly cultural place, presents installations by Chinese artists Sun Yuan and Peng Yu. 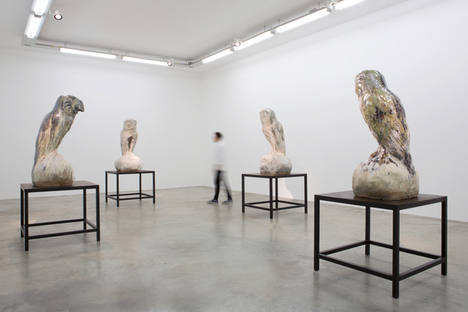 So, once again, Lille3000 brings to a large audience a fun and nice opportunity to discover contemporary art in a relaxed atmosphere. Just besides a train station which is as the crossroads between Paris, Bruxelles and London, the Tri Po brings an invitation to step up into the imaginative world of artists, while also discovering the fascinating characters who, like Emmanuel Perrotin, may not be as famous for the public as the artists themselves, but nevertheless give its energy to the art world.