The Doujima River Biennale 2013 is here and is just as memorable as years past. Twenty eight artists from all over the world have submitted art to this exhibit. There are a total of thirty nine pieces of contemporary art, including paintings, sculptures, videos, photography and installations.

Artistic director Rudy Tseng, a curator from Taiwan, is active internationally in the art field. He is a well known art collector and serves on the international committee of the Mori Art Meseum. Additionally, he is one of the few Asian members of the Asian Pacific Ocean Purchase Committee of the Tate Gallery. 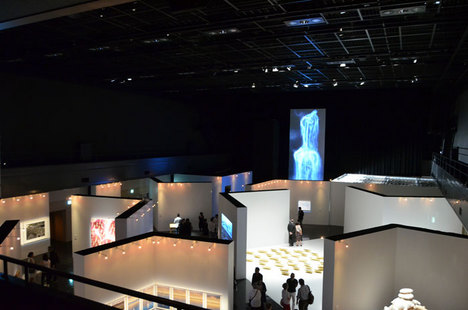 The Doujima River itself flows in front of the Doujima River Forum. Mr. Tseng says “the core of the theme is to reconsider the diversity and meaning of water while incorporating interaction with the Doujima river.” The presence of water was historically essential for the development of culture. Artists created each piece according to the theme of seven different components of water. Many of the art pieces displayed at the exhibit were made specifically for the Doujima River Biennale 2013. The following introduces the artwork in accordance with “the seven components.” 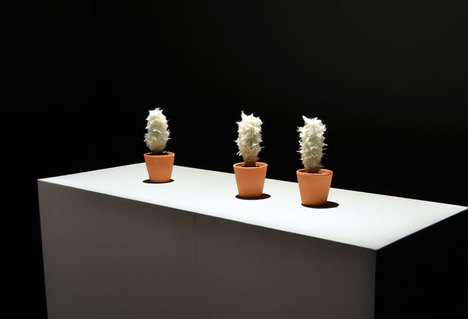 “Water as a natural resource”

Water is a very highly valued natural resource. People can’t survive without water. New piece “Three sages”  by Su-Mei Tse, an award-winning artist in the Venice Biennale, was made with cacti which survive with very little water in the desert as a motif, and represents the value of water and cleverness. Also, the triangle shaped glass container filled with water at the entrance is a piece by Meg Webster that represents a comparison between purified water and water from the Doujima River. By visually capturing clear and muddy water, people will rethink the presence of water. 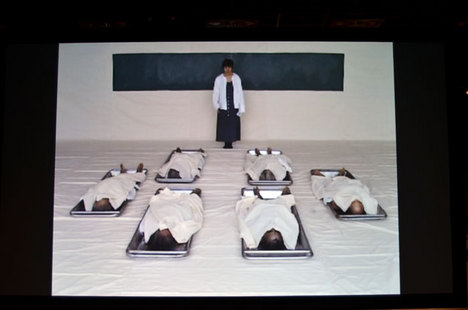 “The Class” by Araya Rasdjarmrearnsook

“Water with a purifying effect”

Water sometime means purification. A good example of this is a religious baptism. Araya Rasdjarmrearnsook’s video piece entitled “The Class” captures Rasdjarmrearnsook’s actions as a professor in a classroom who speaks to and cleanses the dead who can no longer communicate. Apart from her video work, Rasdjarmrearnsook has also herself been adapting corpses with no relatives to cleanse and deify for the last ten years. 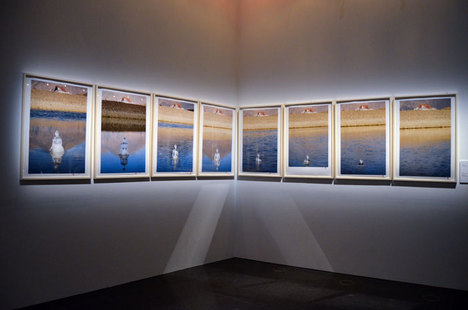 “Water as a religion and a ceremony”

A ceremony, religion and water have a very strong relationship. The Ganges River in India is one example. “Iced Buddha Series –  Lhasa River” includes paintings and photos that depict scenes of a Buddha statue made of ice melting gradually into this Tibetan river. This is a piece by Gade who was born in Tibet. It seems to imply the ephemeral existence of Buddhism in this modern society. 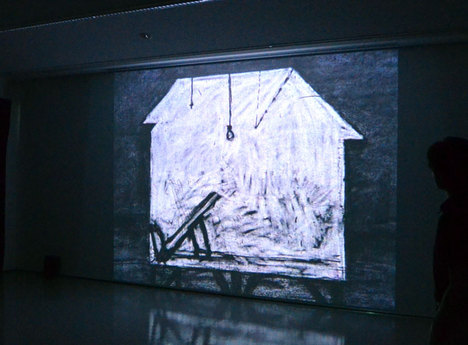 “The Tide Table” by William Kentridge

“Water as it relates to history and memory”

People who have lived near the river have been depositing their words and characters to the water. This idea is explored in “The Tide Table” video piece by William Kentridge, who is well known for his animated movies, also known as “moving drawings.” Born in South Africa, he often incorporates the pain and history of Apartheid into his work to reflect the social conditions and history of South Africa. 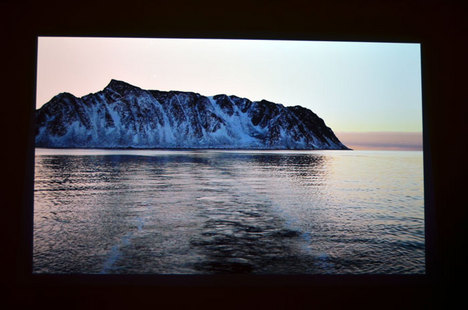 “I was in the Arctic (Getting There)” By Chao-Ming Teng

“Water exists on boundaries and borders”

Rivers and the sea have flowed between countries and have also been boundaries between different races and cultures.  Young artist, Chao-Ming Teng, set up a camera on the stern of a boat and filmed the mutual relationship between the ocean, boat and camera during a trip to the Arctic. The footage of the ocean shakes with instability. This illustrates the ambiguous nature of water in the role of a boundary. 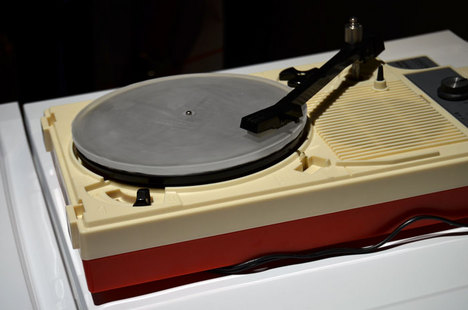 “Water changes its shape between intangible and tangible”

Water does not have a set shape.  If water is in a round mold, its shape is round. If water is heated up, it’ll become steam, and will become ice at cold temperatures. A good number of pieces using the transformation of water were seen at this year’s exhibit. Ryota Yagi is known for form of sound art, which aims to experience the sounds itself. His piece “Vinyl” has a record made of ice spinning on a record player. While the record plays sound, tangible becomes intangible. This demonstration is held only four times a day, therefore it should not be missed. 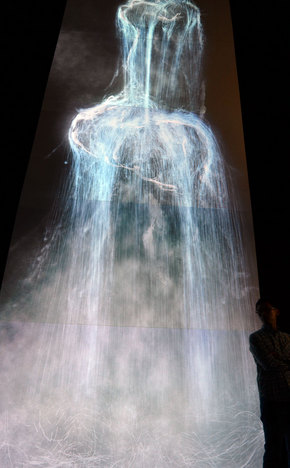 “Water that connects the family community”

Although there is the potential for water to be a boundary and a border, it can aid interaction between individuals, families and communities. Water drops from the sky become mountain streams, waterfalls and rivers. Humans built ships and their communication spread across rivers. The “Universe of Water Particles” piece by Team Lab comprehends water as a synthesis of particles and focuses on the “waterfall.” Team Lab is a group which was formed by programmers and editors in 2001. This giant 10 meter by 10 meter digital piece can be seen in its entirety from the second floor of the exhibit hall. This is definitely the main piece of the exhibit. 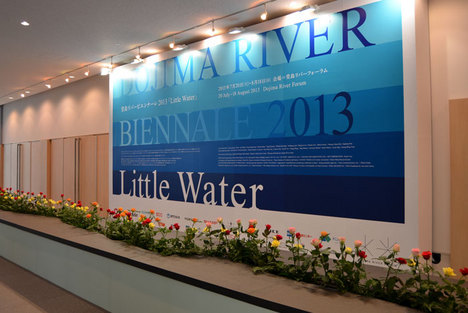 “The Moving Garden” by Lee Mingwei

Wrapping up, curator, Rudy Tseng, asked me for a favor. “I’d like people to check out the piece at the entrance one more time before they exit.” The flowers that come into view are “The Moving Garden”, a piece by Lee Mingwei. The freshly cut flowers arranged fifteen meters wide can be taken home. However, there are two requirements to do so: One is to not go straight home, and the other is to pass the flower to a stranger during the side trip. This means that most parts of this piece are going out from the exhibit hall and connecting to others. Mingwei hopes that his art work from Doujima River Biennale will bloom everywhere as if a drop of water became the ocean through the process.