It was the 6th edition of Lille Art Fair, Lille’s biggest art event after Lille 3000. The purpose of the two is quite different, as Lille 3000 is a major public event, draining thousands of visitors during several months, while Lille Art Fair is a classic commercial fair, where the participating galleries display artworks for sale during a very limited laps of time. 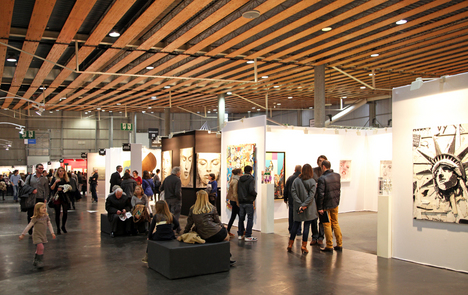 The setting of Lille Art Fair is always quite pleasant, with large alleys and booths of reasonable size, in the huge structure of Lille’s Grand Palais, easily reachable by subway. 120 galleries and publishers were this year dispatched on 12500 square meters. 14 booths were rented by local galleries, while the others were occupied by galleries from Paris, from other French regions, from Belgium (Belgian galleries were numerous, taking advantage of the closeness of Lille), or even from Japan (with Frantic Gallery, already seen on such fairs as Cutlog Paris). Japan was also present thanks to the Parisian Galerie Vanessa Rau, who displayed a nice selection of young Japanese creators, of very various styles, like Watanabe Junko, Fukumoto Naondo or Anraku Masashi. This year’s Lille Art Fair’s guest of honour was Hervé Di Rosa, a popular figure of French Figuration Libre, whose works could be seen on several booths: Editions Pasnic (prints), AD Galerie (paintings), Alain Buyse (serigraphies), Art to Be Gallery (sculptures), Galerie Mazel (drawings). 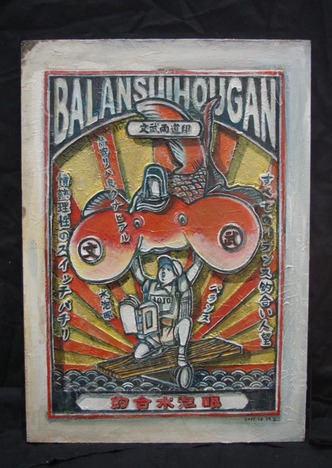 The event, which was created by the same team than the Affordable Art Fair series, has positioned itself, from the beginning, on a reasonable price range, with famous names but also works of younger or lesser known artists. There was always a juxtaposition of quality galleries and of more commercial, kind of decorative, ones. The alchemy never really took between these two tendencies, and the gap seemed larger than ever this year. While there were some very interesting galleries, most of those present this year were showing purely decorative paintings, sculptures or photos, showy works that may look well in a living room but don’t have an ounce of originality and audacity. One felt like seeing the same images over and over, large size urban or architectural photos on Dibon, Giacometti like sculptures, gestual and expressionist paintings by the kilo… 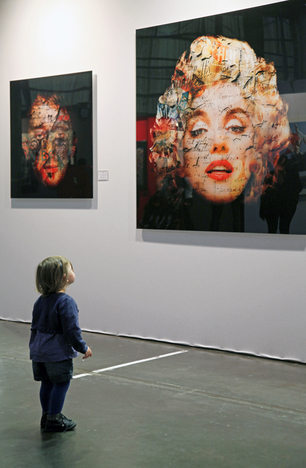 Still, there were quite a few things to catch the attention. The Print Art Fair, dedicated to printed works and artist books was probably the most interesting part of the show, with a focus on micro-editions of art books, but also with demonstrations by talented artists or art school students. In the same section, the selection of Marie-Christine Dubois, owner of the local gallery L’Espace du Dedans, was as usual excellent. L’Espace du Dedans, a tiny space in the old town of Lille, usually mostly presents exhibitions of small formats and artists books, but the booth in Lille Art Fair allowed the gallerist to present larger works, as two beautiful pieces by Gérard Duchêne, besides smaller works and books of great quality by such artists as Takesada Matsutani. 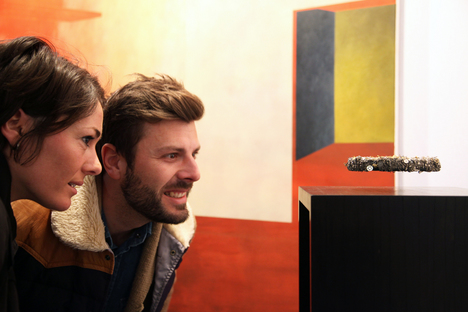 The YIA, Young International Artists, was devoted, as its name explicity describes, to a selection of emerging creators, invited to share the spotlight on a 260 square metres surface. Each gallery present in this section had selected one artist, for a mini-solo show, and the presence of such good galleries as Ilan Engel (Paris, presenting works by Stephan Crasneanscki ), guaranteed interesting discoveries.

Chinese art was very much represented this year, with several galleries devoted to it. Also on YIA, Paris-Beijing presented works already seen in the Babel exhibition at Lille Palais des Beaux-Arts during Lille 3000, spectacular animated lightboxes by Yang Longyang. While the Galerie Dock-Sud (Sète) and the Norev-Over booth displayed a large selection of Chinese photos and videos. 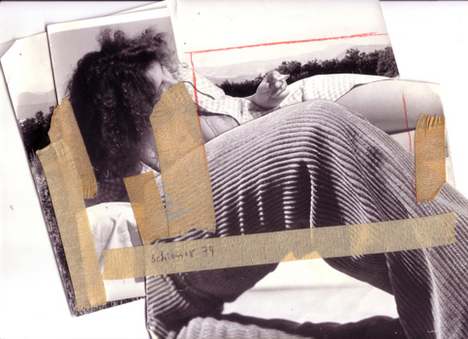 Even if Lille Art Fair defines itself as a contemporary art fair, there is always a good amount of modern art, with staples like the Régis Dorval and Antoine Delerive galleries (Lille), who presented such big names as local artists Eugène Dodeigne,Jean Roulland, or the recently deceased Ladislas Kijno. A special mention also to David Guiraud, a Parisian gallerist whose booth presented an excellent choice of classic to contemporary photographers, such as the great Willy Ronnis or the lesser known but very talented John Bulmer, an English documentary photographer. His powerful images were my “coup de coeur” of the fair! Its neighbour Gadcollection (Paris) also presented a very good selection of land art style photos and works on paper. 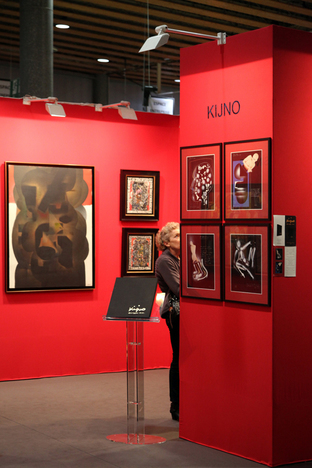 Finally, amongst the other booths and artists, one could also mention the Alexandre Lazarew Gallery (Paris) who showed Olivier Catté fascinating cardboard cityscapes, abstract urban birdview landscapes obtained by the sole superposition and scratching of cardboard surfaces. 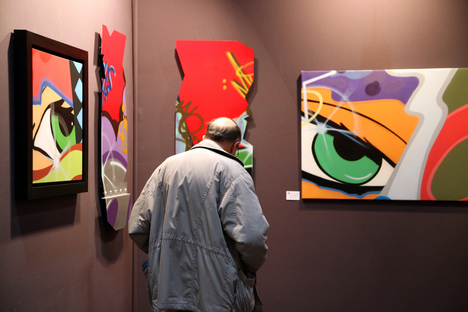 In conclusion, if Lille Art Fair really wants to find its place on the map of European art fairs, it should take a few risks and get rid of the mass of purely commercial galleries, of poor level, that composed most of this year’s selection. Lille is conveniently settled between Paris, Bruxelles and London, which can appear both as a curse and a quality. It easily draws visitors from these three European capitals, but that also means that Lille must be able to compete with the numerous art fairs these big cities host. Lille Art Fair must find an original point of view, something that will really make it take full advantage of its status of the “crossroad of Europe”.