When the tree-lined street through the park turns gold, it signals the beginning of autumn and the season of FIAC in Paris. Following the Frieze Art Fair in London, FIAC is one of the most highly recognized contemporary art fairs in Europe. Many art collectors, buyers, and journalists have been coming to the fair from all over the world.

The main venue of the art fair was the Grand Palais. Since last year, the second floor has been renovated and is also used for exhibition space. There are 182 galleries from 24 countries at the Grand Palais. In addition to that, an outdoor exhibitions are held in the Jardin des Tuileries, Jardin des Plantes, Place Vendôme, and Esplanade des Invalides attracting many tourists, as well as Parisan art fans.

Here, we give you an overview of FIAC through several photos. Start at the Grand Palais. 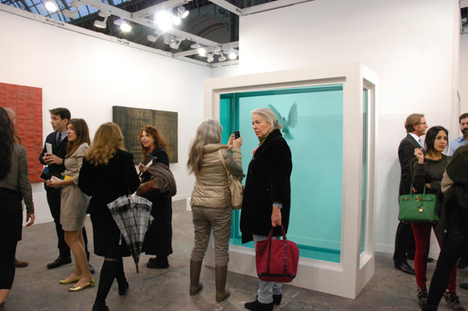 White Cube from London, near the entrance. Many people took pictures of Damien Hirst’s famous work. 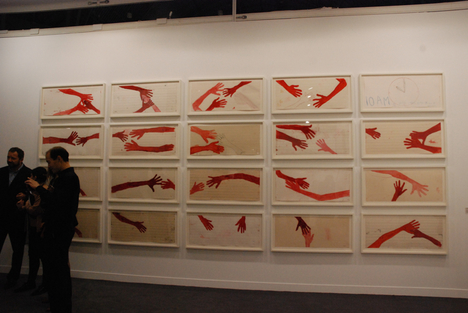 Galerie Karsten Greve based in Paris, Cologne (Germany), St. Moritz (Switzerland). They have Louise Bourgeois works, which are rarely seen in Japan. 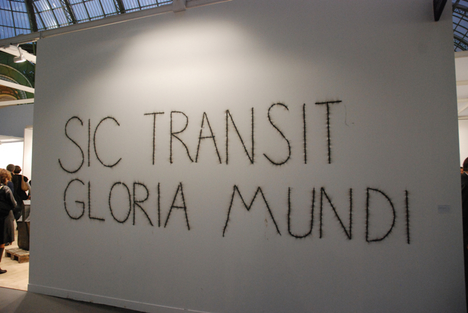 The booth’s entrance at the gallery Yvon Lambert Paris. This is the work of Mircea Cantor that is also exhibited at the Centre Georges Pompidou at the moment. 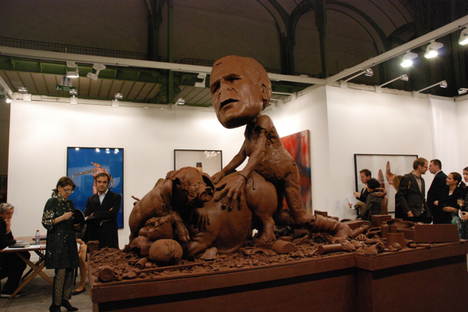 Paul McCarthy’s very provocative work from Hauser & Wirth Gallery, called “Static (Brown)” was in a much discussed topic at the fair. 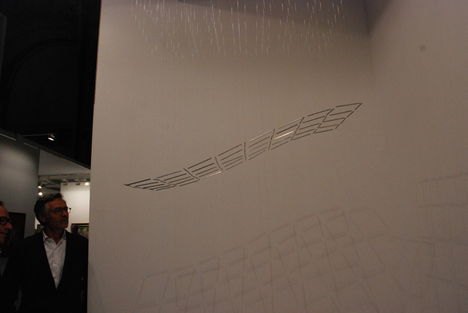 At the booth of the Denis Rene gallery in Paris. 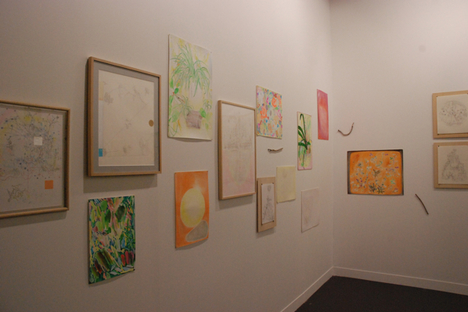 Take Ninagawa is the only gallery from Japan that participated. It held an exhibition of Ryoko Aoki. 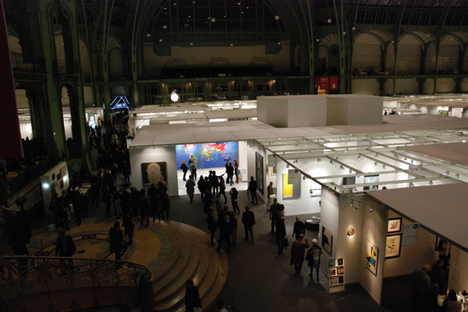 The overview of the Grand Palais. 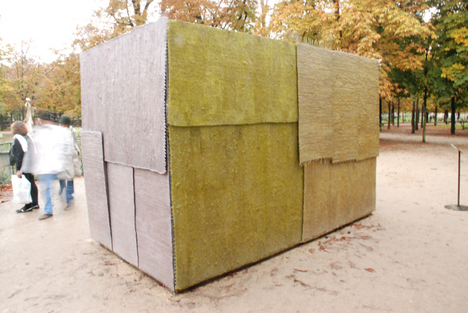 At the outdoor exhibition in the Jardin des Tuileries. This is the “House of carpets” by German artist Jürgen Drescher who created a nomadic tent by using Bedouin’s hand-woven carpets, trying to show connections between the art market and the Bedouin’s local economy. 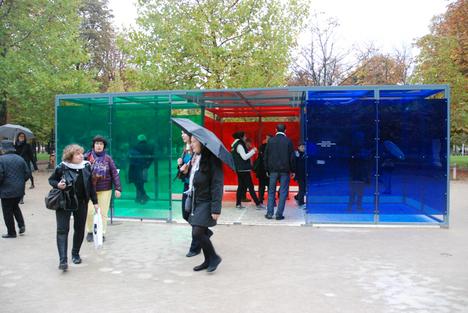 By inviting the audience into a square room made of three monochromatic colors such as red, green and blue, this work creates an intentional body response to time and space. The installation of Carlos Cruz-Diez, who was born in Venezuela but lives and works in Paris at the moment, triggers the recognition of color. 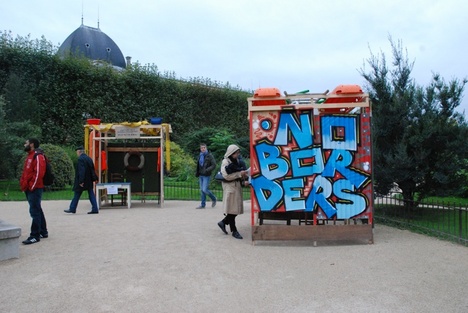 The works near the entrance of the park created a different atmosphere from the parks’ calm, sublime one. “Antarctica World Passport, Delivery Bureau” by Lucy + Jorge Orta is was a performance of issuing Antarctica’s passport. This performance allows “everyone the right to move freely beyond the state to a territory of their choice.” The project insists on the urgency of reconsidering the place of humanity in a fragile society and environment. 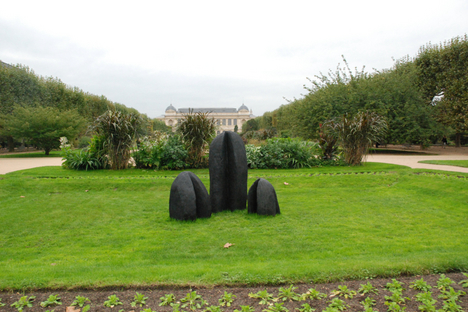 This is the work of British artist David Nash. It looks like a wooden object but it is actually made of bronze. 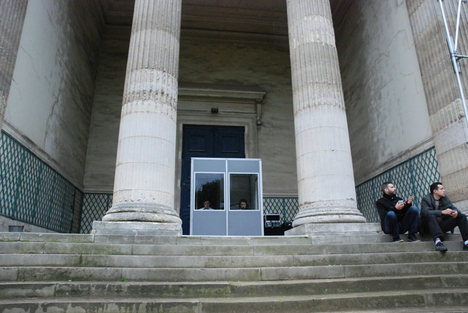 This is the work of British artist David Nash. It looks like a wooden object but it is actually made of bronze.
The reading Performance “One Million Years” by Japanese artist On Kawara, was performed in the corner of the park. In the past, the performance was presented in the Documenta 11 in 2002 and was the longest public reading from the piece. During opening hours of FIAC, a pair of men and women had been reading in the glass the dates of 998,031 B.C. through 1969 A.D. or 1996.A.D. to 1001995 A.D. depending on the edition of works. 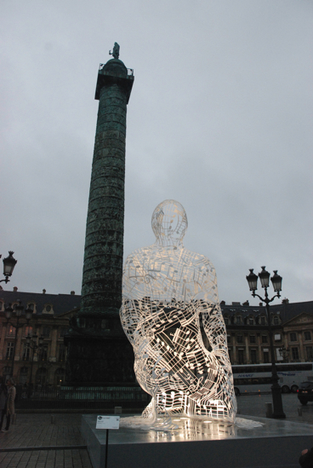 Vendôme, known for the Ritz hotel and luxury brand shops, was a venue for the first time in FIAC.. Jaume Plensa was the representative Spanish sculptor who is internationally famous of his bronze and iron works. For this prestigious occasion, he created a new work called “Istanbul Blues.” The piece is made up of white musical notes that form the shape of a human. 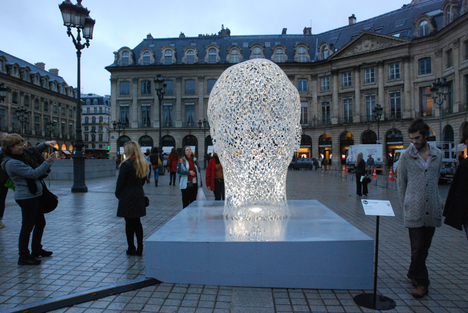 Moreover, “Irma’s White Head”, a head made out of the shapes of letters, is exhibited.

Unfortunately, it rained almost everyday while FIAC is held; however, despite the rain, there was a long line at the Grand Palais and it was crowded with Parisians enjoying the outdoor exhibition in Paris’ autumn.