One night in February 2012, despite the freezing cold, Auguststrasse in central Berlin was filled with people gathered for the opening of a new art complex. Crowds waited for the doors to open in a city where queues are rare, but there was good reason for this one; this was not just a gallery opening, but also the return of the Mitte art scene.

Following the fall of the Berlin Wall, Auguststrasse—located in the former East side—was a desolate area with vacant structures. There were many utilizable spaces, and for those with the curiosity and vision for possibilities, the area was like a frontier that appeared in the middle of the city overnight. Today, this area is called Mitte, or “center,” and like its name, the neighborhood was the center of the Berlin art scene in the 1990s. However, one may hesitate to refer to the area as a focal point in the Berlin art world today. Protesting the rise in rent prices and re-development plans in the neighborhood, many of the galleries have moved out to the suburbs, and have been replaced with trendy boutiques, cafes, and dressed up tourists with guidebooks in hand roaming around the streets: Mitte is now Berlin’s center for tourism instead of art. 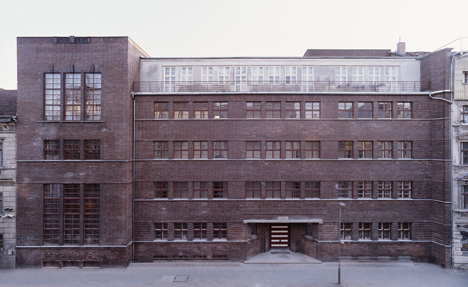 Outside of the Former Jewish Girls’ School Photo: Stefan Korte

Constructed in the 1920s as a Jewish girl’s school, one building has risen as the beacon of Mitte’s revival. The structure was used for its original purpose until 1942 when the Nazi persecution of the Jews finally closed down the school. During the Second World War, the building was used as a hospital, and as an East Berlin educational facility after the war. In 1996, due to a lack of students, the facility was closed once again, and remained abandoned in the middle of Mitte. While surrounding structures were renovated as the area began to change, the former school, which had been at the mercy of historical events, had little to do with the art scene and the ensuing rise in tourism. But recently, the fate of this neglected edifice was finally decided. In 2009, the building was returned to its rightful owners, a Jewish organization in Berlin, and long-term use of the building became possible. And so, the new art complex rose above the nearby tourism buzz, and the former and much-awaited art scene began its revival. 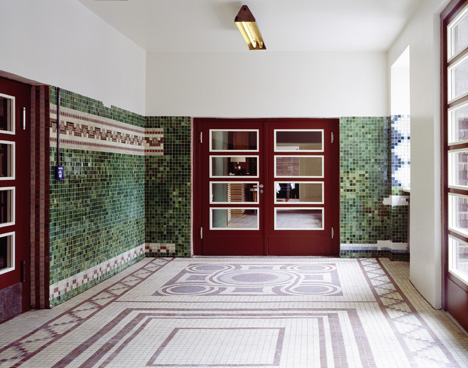 With respect to the building’s history, the complex was named “Former Jewish Girls’ School (Ehemalige Jüdische Mädchenschule).” The school—an embodiment of functional beauty—housed 14 classrooms along with other spaces like a gymnasium. It went under expensive renovation to hold 3 galleries. One step inside and visitors behold colorful doors with outdated ornamentation, reminding them of the historical value of the building. However, it is not only history that can be felt within these walls, but also the present, through the works of contemporary artists. Inside the 5-floor building, each gallery maintains its own space, and artworks are beautifully displayed where children once studied and played. 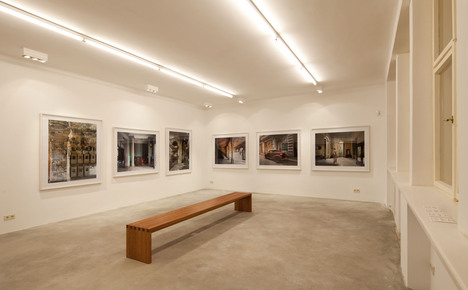 On the second floor of the former school is Camera Work Contemporary Gallery. This is the second exhibition space managed by the Berlin photo gallery, Camera Work. The flagship gallery mostly deals with fashion photographs, but this second space has entered new territory, handling paintings and statues as well. The former classroom and hallway space, which has been turned into a 400 square meter exhibition area, is sure to offer exciting works.

EIGEN + ART Lab is located on the fourth floor. EIGEN+ART in Leipzig is the parent gallery, making the Lab a second space in Berlin. Gallerist Gerd Harry Lybke is famous for raising the international profiles of Carsten Nicolai and Leipzig painter Neo Rauch. EIGEN+ART’s original Berlin exhibition space is only a short distance from the new complex. It has withstood the forces of redevelopment in the area, and has continued to promote the Berlin art scene in Mitte. EIGEN+ART’s strong attachment to the galleries in Mitte is apparent with this second exhibition space opening on the same street. 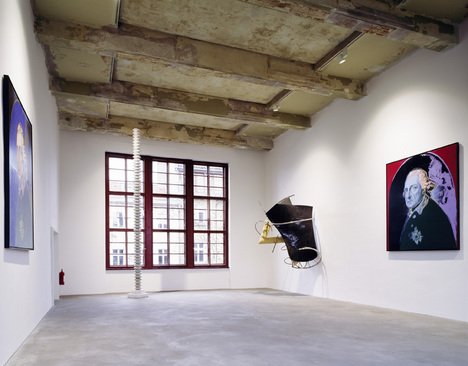 On the same fourth floor is the Michael Fuchs Galerie by Michael Fuchs, who has been co-leading Galerie Haas & Fuchs since 1997. Leiko Ikemura, Frank Stella, and Chuck Close are on the roster or artists, and the gallery will soon be offering Mitte with top-line exhibits. Michael Fuchs is not only a gallerist but also the project leader of this art complex. He rented the building on a 20-year lease, and has rented out space to other galleries. There are also plans to lend space out to collectors and other art-related groups in the future. The management of a prominent space such as the Former Jewish Girls’ School is vital to the revitalization of Mitte, and its future development should be followed closely. 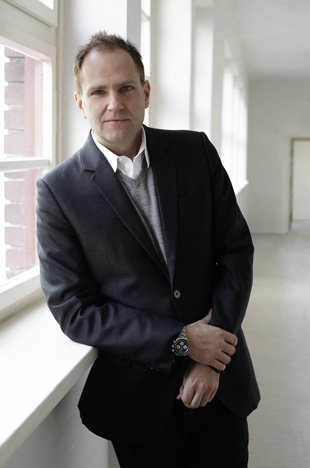 Amidst the recent outflow of galleries into the suburbs, there has been a slight increase in art-related spaces in Mitte, albeit mostly just sporadic exhibitions. In 2009, Alfred Ehrhardt Stiftung, which showcases the works of photographer Alfred Ehrhardt—who was active in the mid-twentieth century—and other modern photographers, moved to Augustrasse. Just around the corner, me Collectors Room Berlin, which displays not only contemporary art, but also private collections ranging from ethnic art to crafts, also opened in 2010. With these new openings, Mitte has been regaining its place in the Berlin art world. In discussing the revival of Mitte, one cannot forget the galleries and museums that continue to offer quality exhibits, despite redevelopment pressures. For example, the museum KW, which holds the most cutting edge exhibitions in Berlin and organizes the Berlin Biennale, is located across the street from the new complex. Behind the museum is neugerriemschneider, which boasts exhibits by Olafur Eliasson and Rirkrit Tiravanija. The Former Jewish Girls’ School is sure to galvanize the current Mitte scene with a breath of fresh art. The signs of revitalization in the area that started to appear a few years ago may finally flourish with the birth of the new art complex. This is precisely why there is such expectation towards the Former Jewish Girls’ School.

The Berlin art scene has been struggling. Several major galleries have fled Berlin, and many have closed their doors. The end of Berlin’s annual art fair, the Berlin Art Forum, also shocked many people. The news of the world famous Deutsche Guggenheim closing at the end of 2012 was the latest blow. The sad reality is that Berlin has fallen from a global art metropolis to simply a large European city. Those in the art industry, therefore, have been yearning for the area’s glorious past. Berlin in the 1990s was lively. Many of the galleries active in the city today began their careers in Mitte, and international galleries dreamt of opening branches in Mitte. The area led Berlin in the 1990s. Mitte’s return to the center of Berlin’s art scene today would not shift the center of the art world,. bBut people are simply longing to see Mitte resuscitated, shedding light once again onto the world’s art scene as it did in the past.