Diego Fellay is a graphic designer born in Switzerland who works between Paris and his own country. I met him when he was staying in the Swiss House in the Cité Internationale Universitaire de Paris (international university city of Paris.) and had the chance to see him several times after that. When I first saw his works I remember being deeply impressed by the simplicity, the humor, the refined use of colors and fonts in his graphic designs. For this interview, he told me about the installation he worked on for the master of modern architecture Le Corbusier in 2011 in the Swiss House, and also about his recent works. 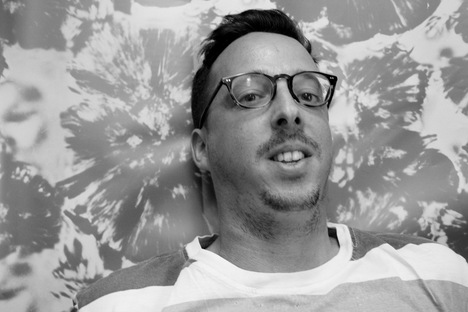 The reason he moved to Paris was because he was invited in Paris’s artist in residence program after his show in Musée de Bagnes in Switzerland, “Eden Roc” was critically acclaimed. 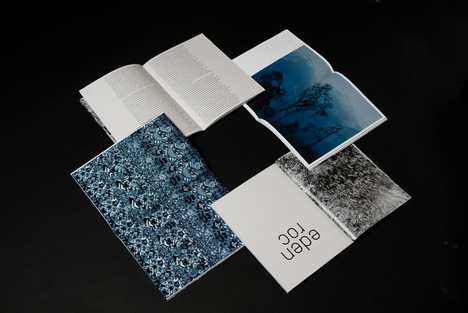 Eden Roc is a well known name in Switzerland. it is said to be written on numerous cottages, hotels, houses in Switzerland’s cities and almost everywhere in the country. He picked this name because as a theme for this show, he was told to capture the “mountain”,(an extremely intimate thing for Swiss people) in a modern way. Before him, different shows on mountain history also took place in the same museum and we can say it was a way for him to give his own re-interpretation of this theme. His approach was rich in wit. By the use of photographs and words inspired by mountains it gives us an abstract impression, more than a simple documentary on mountains would do. For example, I did not know that if you keep living in the mountain, you start lacking salt and there are people who became crazy because of that. A compilation of pictures of people who actually became crazy , and an interview of Luc Murat who took a documentary on this people explain this condition to us in an impressive way. Luc is film maker who used to work with Jean Luc Godard. 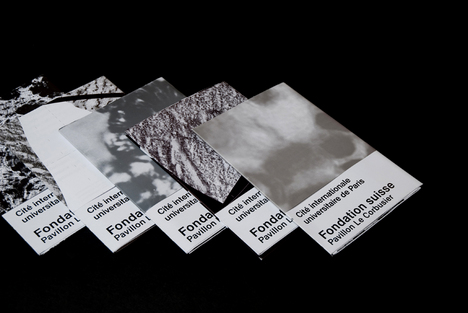 Furthermore, for this show, Diego uses a font called Simplon BP on his magazines. This Simplon is also the name of a mountaineering club’s town in Switzerland. We keep being surprised at the precision of the details in this exhibition. 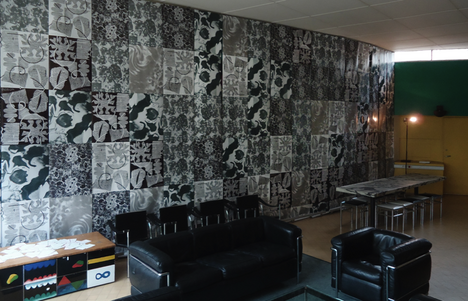 Then, during his stay in Switzerland he made another project called “Wall of Tomorrow“. This building on which Le Corbusier did everything is a building that was constructed in 1933 and is very famous in Paris. However, due to certain circumstances the wall painting in the first floor’s Living room has been demolished in 1947. There, Diego, based on documents of that time and in order to redesign this wall painting put together a team of photographers and illustrators and clinged 6 posters on the whole surface of the wall. By looking at this sepia colored marble like poster we get a strong visual impression. It is said that Corbusier’s wall painting was more radical. His posters get us close to the image of what the wall was like back then.

At the time of the interview he said what he was the most involved in was a project supposed to open in 2014, a exhibition called “Made In“. It is a large scaled project about his home country Switzerland’s old and new architecture mixed together. He will hold many design related conferences and events in a pavilion. He is also planning to invite some Chinese designers and to in order to get an international perspective on his show. With his entrusting position getting bigger we are really looking forward to his next work!