Obihiro Contemporary Art 2011 -100 Days at Shinshokaku-is held from May 28, 2011. Shinshokaku is a traditional Japanese-style house located in Manabe Garden, the largest in the nation. Built in the city center to commemorate a visit to the city of Obihiro by the Taisho emperor during his reign as crown prince in 1911, it was moved to the garden in 1969. 2011 is its 100th anniversary. 100 Days at Shinshokaku is an art festival with artists from not only Obihiro but also Kitami, Asahikawa, and Sapporo. The festival celebrates Shinshokaku’s 100 years and showcase various contemporary arts of the times. 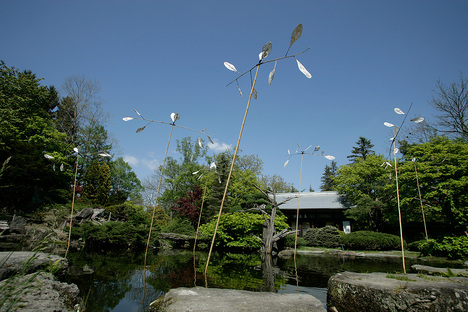 Obihiro plays a leading role in Hokkaido’s art scene. It has produced talented artists such as Nissho Kanda and Go Yayanagi. Since the 70s, the local artists started various activities lead by Masano Sano. In 1997, the “Tokachi Art Society” was founded, aiming to achieve local development by means of contemporary art. “Tokachi International Art Exhibition: Demeter” in 2002 and Tokachi Millennium Forest in 2003 are among the projects carried out by the society. In 2006, “Tokachi Area Contemporary Art Party” was formed by environmental artists in order to establish Tokachi’s proper culture and local development together with tourism, education and industry. 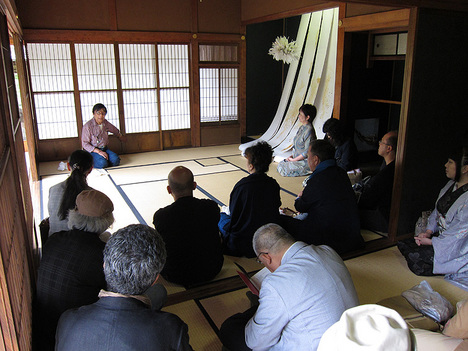 is for us a joy to be able to present our works where we live. We hope the visitors will enjoy the historic building in the green garden along with the contemporary art.”, says Midori Ikeda, Director of the event. “The concept is very simple but still the contents have a whole range of variety throughout the 100 days. Please come to see your favorite artists.” 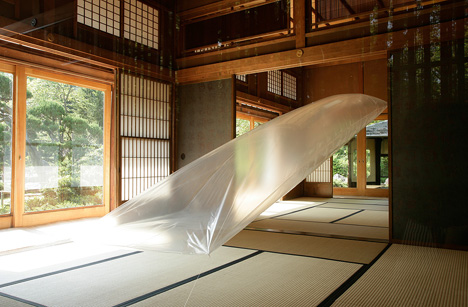 In the opening week, three obihiro-based artists exhibited. Masanori Umeda’s “Transparent Path” confines something invisible and transparent to remind Japan hit by the quake of what awaits us in the future. In Tokonoma, a sculpture with kakejiku and duck feathers is exhibited, inspired by the oil spill in the Gulf of Mexico. 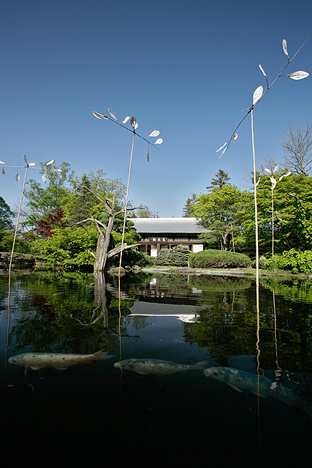 Outside Shinshokaku on the water is Manabu Hangai‘s installation. Using hemp rope and scrap bamboo, he expresses the pure joy of creation. Leaves and feathers made of his chosen materials melt with the garden’s scenery. Hangai says “Obihiro is open for free expressions.” 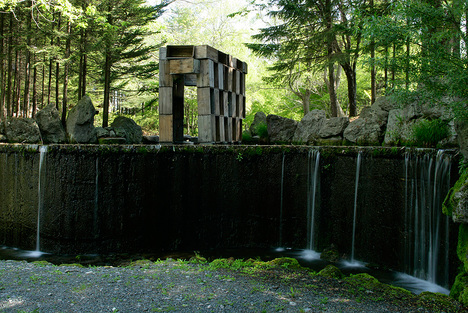 Deeper in the garden is Takayuki Yoshino’s “Shinshokaku B”, made of 100 apple boxes collected from the pre-war Tohoku area. The work sealing the scenery of one’s mind assimilates with the space containing Shinshokaku’s 100 years of time to ignite the light and appeals to viewers. The work will be exhibited until the final day and can be a device to record 100 days’ change. 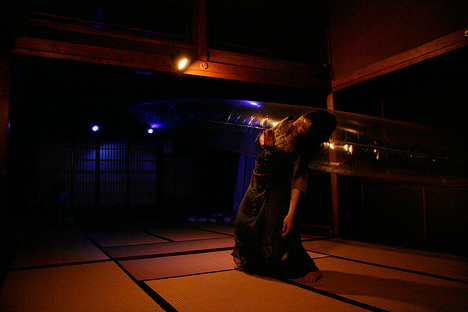 Obihiro Contemporary Art 2011 will be held until September 4. Exhibitions will be switched weekly. On Sundays, performances such as modern dance and poetry readings will take place. In Blue Spruce Cafe in the garden, the BOX ART corner is installed to show visitors participating artists’ portfolios and miniature works at one time. At the downtown cafe gallery FLOWMOTION. “Obihiro Contemporary Art Archive” will be held starting July 18.