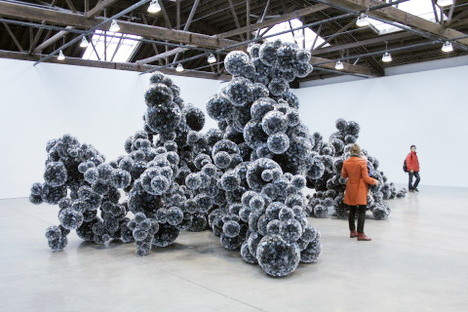 I must admit that I am an admirer of Tara Donovan’s work. It simply is among the best art that I’ve seen in my ten years living in New York so far.

I still remember vividly in 2002 a room with a mass of trimmed pencils on the floor resembling a coral reef colony or a colossal puffy cloud on the wall, which on close view, consisted of thousands of cut straws glued together. Both pieces were shown in the now defunct Ace Gallery on Tribeca’s Hudson Street, which was also one of my favorite galleries in the city. 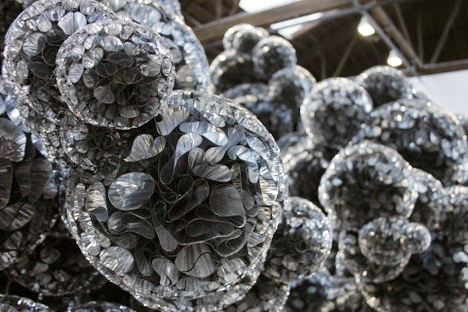 Tara Donovan has a unique way of looking at ordinary objects, and working with them, which is so subtle and powerful at the same time, that it reminds me of childhood or that ability to be awed by the mystery of the world so natural in that early stage of life. 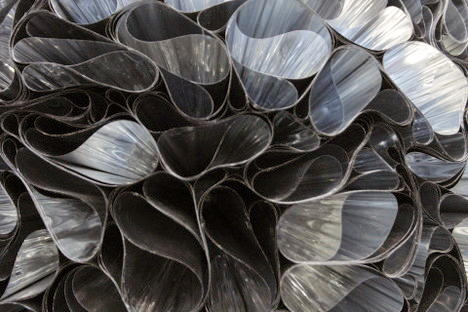 Her latest piece, Mylar, is just as impressive as those earlier works. She uses sheets of Mylar and folds them into each other repeatedly, creating structural spherical patterns that grow out of each other like a morphing microorganism. Except that it is huge and three-dimensional. This new sculpture marks a shift in technique from the earlier work in that it rises from the surface more decisively, eleven feet high to be precise. Perhaps she is now also mastering the engineering aspects of her organic aesthetics. 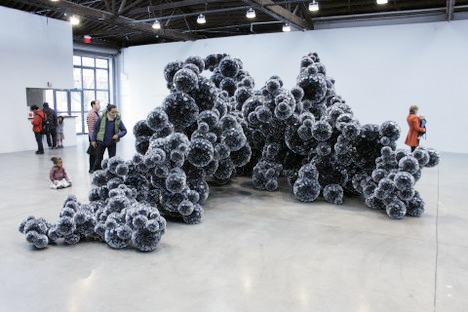 Mylar, in typical Donovan style, is meant to be viewed at multiple distances. From afar you see the whole as the sculpture, and from up-close you see the detail as the material nature of something that is between art, nature and fractal mathematics. Something as beautiful as this world can be when you look at it like a child does.