This “Soft Circle & HIGH WOLF at VACANT” party was organized by “NO IDEA” and held at VACANT on 29th September. It featured performances by three different bands. It was a night where you could fully enjoy the Tokyo culture with great music, arts, people, and needless to say, some wine. 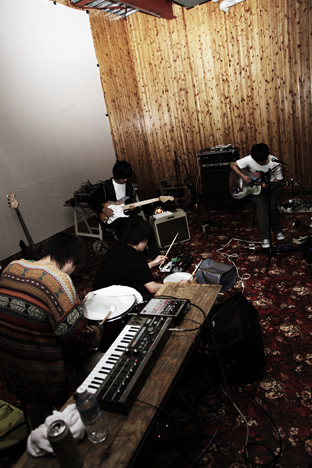 The party started with a performance by a band that was formed by CHANSON SHIGERU and 3 other members. As there were cushions organized in front of the stage and some chairs set just behind them, you could naturally watch and listen to the performace while relaxing with some drinks. In addition to CHANSON SHIGERU’s small and loud shouts and their performance, the psychedelic visuals by Daisuke Fujita created a bizarre and fabulous atmosphere. 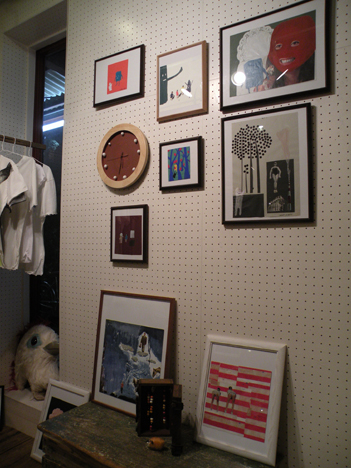 Many people visited this event and VACANT was packed. Everyone was having fun drinking beers or reading zines. Another highlight of this event was artwork by CHANSON SHIGERU. He is also known as an emerging artist that just held an exhibition in Kanazawa recently. Most of his works are collages like in the 1960’s. As a kid, picture books were a good source for him to make collage work from. Both of his music and art are similar to each other, in terms of being improvisational like jazz. 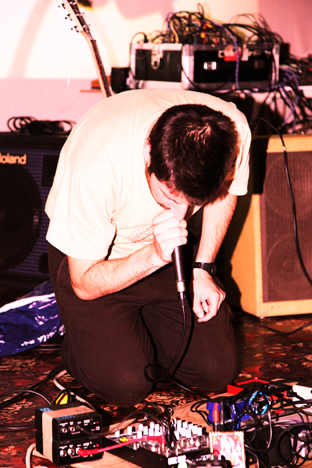 Brazil-based HIGHWOLF started the next live set with drum sounds. Known as an artist who wears a mask, he used many gadgets to create many different sounds. It sounds kind of like a test. His music and VJ’s visual interacted very well with each other like a moving “Rorschach test”. 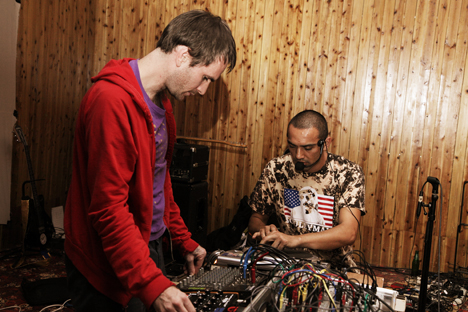 Finally today’s main band “Soft Circle” started an experimental set. Known as a drummer in the Japanese psychedelic band “BOREDOMS”, Hisham Bharoocha currently works with Benjamin Vida. Today’s live was brilliant, minimal music like a cinema made by Wes Anderson. Hisham is also known as a talented photographer, designer and artist. This event’s visuals were also created by Hisham.

After I enjoyed this event so much, I totally forgot about one thing– I was not sure why such an attractive party was carried out on a weekday. Although it actually got  packed with many people like a weekend party. I was impressed by the phrase of CHANSON SHIGERU saying “Enjoy today and work hard  tomorrow.”