His music is catchy and eccentric. He has been squeezing the possibilities of the demo sound with an 8-track recorder for a decade. He reckons his new album “Before Today” is his actual debut. Now he got the necessary implements, and moreover he got a real band, Haunted Graffiti. 4AD sent them to the privat island of Platts Eyot in the UK to record label´s sessions. With a polished repertoire of brand-new songs, Ariel Pink today performs with bleached long hair Kurt Cobain-like and David Bowie´s glittered face. He licks faces at first row of his audience. He loves them. The tour stand got 8-track tapes instead of cd´s. Very nice meeting you. 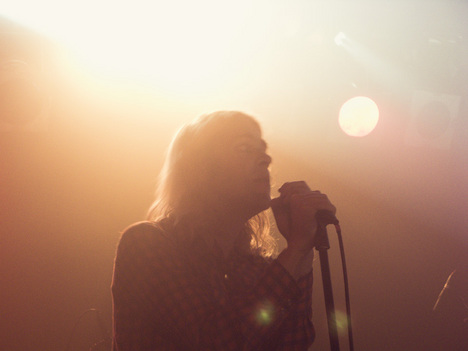 You use to tour alone right? and now with haunted graffiti? how is that?

Yes, but with other constellations of bands. With Haunted Graffiti I have been touring for about 2-3 years now. Right now, on this tour, I am just singing and not playing any instruments.

Oh, please tell me about the recent tour with The Flaming Lips .

We did a tour through the U.S and Canada. They´re really good people. It was a great, amazing experience. Wayne is a great guy, a funny mix – he is a George Clooney- type of guy. 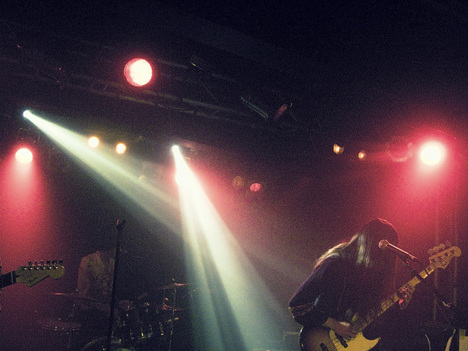 I heard your favorite band is The Cure. What do you think about their live act?

Badly, I dont pay attention to their recent live shows at all. it is their early work I am interested in. I would love to meet them though. In fact, I´m trying to invite Robert Smith to perform together. We´ll see…

The tour is about to finish Europe, then back to U.S and by the beginning of the year to Japan. Is it the first time you do Europe or Japan for that long?

I´ve been doing Europe many times by myself. Now with HG we are in Europe for one week more, then off home to the US, and L.A for a month- then in the beginning of the next year we will tour in Asia, China and Japan. Also Australia and New Zeland while we are in that part of the world. 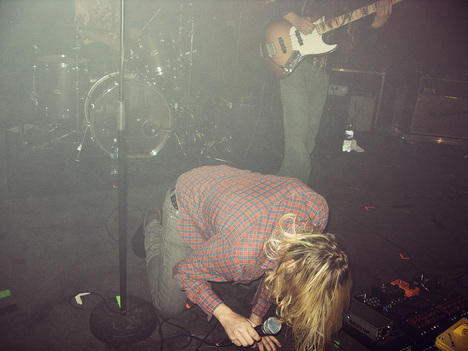 In fact there will be a 4AD showcase in Japan you playing with Deerhunter and Blonde Redhead. Have you met them before?

Deerhunter yes. I met Bradford actually, but not Blonde Redhead yet- looking forward though.

Where do you live these days- You are based in L.A right?

Well yes, some guys from HG we live in the same neighbourhood. I am on tour most of the time, but yes, I guess you can say I live in LA- but when I am there it is always about rehearsal. 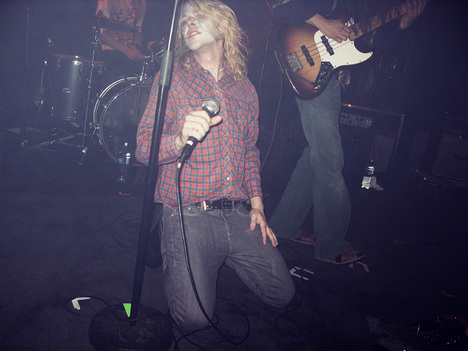 You where signed by Animal Collective´s Paw Tracks. Tell me about the differences between then and now that you are in 4AD. Do you think this fact means a breakthrough for you?

Has nothing to do now and then. Before I did everything by myself, those kind of demos, so It feels this is some what kind of a debut album to me, in many ways. Before I recorded with a 8-track, so of course that is very limited, and now we have recorded with professional equipment. From doing everything basically by myself, now I have musicans playing and recording the instruments and everything is professionally done. 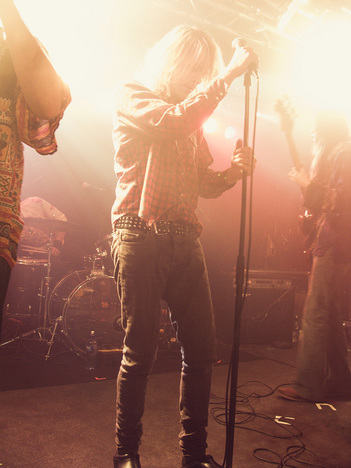 There is a huge difference to the listener…

Well, I have a band now, as we talk, before it was only me playing and recording everything on my 8-track. Now is the band and a producer of course. And the time is of course essential. Time has passed by since my latest recordings, so of course things have changed.

I think one of the strenghts of your music is a “timeless” feeling on it. How do you work?

Oh cool! -meanwhile opening a beer- I work with improv and record it, so piece by piece a song forms. I record one piece, rewind and gets an idea to the next piece. It is like mathematic, 1 + 1 and eventually a structure for a song is built. I work with ideas, and sometimes mistakes that together builds a song; and if the idea sticks to me- it is good enough to use- but if I forget it- it was not good enough- so I might as well forget it. I learn it right away or it is gone. So basically I build a structure of ideas or mistakes, strategic mistakes sometimes, and I improvise to bring them together in a flow. Flow is important. If it is forced it does not work. 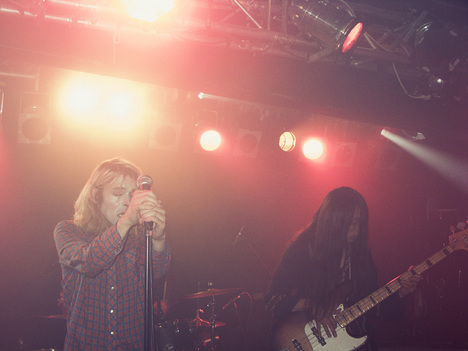 But is it you doing all the compostions?

Yeah I work alone in my compositions, the lyrics and the structure is my own, and then we together in the band are working out the arrangement. Sometimes we also do covers. I record covers for my records -bright lit blue skies is a cover written by Ronn Campisi- I have tons of ideas all the time, but it is only the good ones I remember.

Yeah, I can´t remember now wich artist was the one calling to his voice mail to record ideas and beats that suddently came to him so to not forget…

Yeah, actuallly I sometimes do that, but eventually I forget to call to my voice mail so—haha

Yeah you know, you have the beat in mind pish-pish-pish-boom—-. From there you can even get the bass line…