There are events in Montevideo that I like, and there are those that I love. My favorite of late is Pecha Kucha Night (PKN), which is a cultural event devised originally in Tokyo in February 2003 as an event for young designers to meet, network, and show their work in public. The main objective of Pecha Kucha (which means “buzz” or “sound of conversation” in Japanese) is to promote interchange, creativity, the meeting of disciplines. 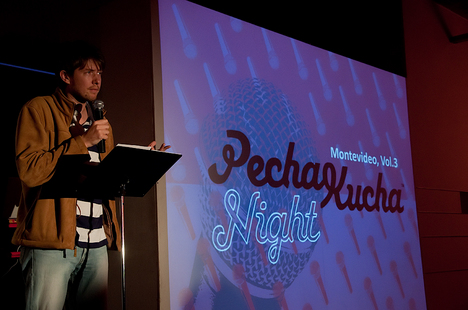 PKN gathers creatives and entrepreneurs of different disciplines to present their ideas in a unique format. Each presenter has 6 minutes and 40 seconds to present their varying experiences, projects, and designs in 20 images, projected for 20 seconds each. As stated by the friend with whom I went, “the great thing about PKN is that even if you don’t like a presenter’s topic or style, it will only last 6 minutes, and you can always just look at the photos.” 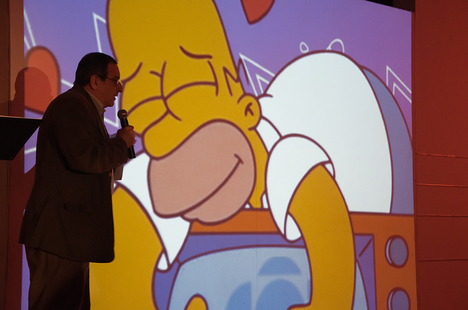 On April 28th, the third Uruguayan edition of PKN took place in Montevideo’s Alianza Francesa (which, by the way, has an excellent french cafe if you are ever in Montevideo and are craving a croque monsieur. Find it at: Bulevard Artigas 1229) . 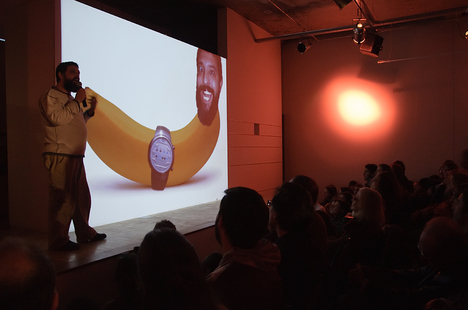 As always, the themes presented were varied and captivating: Gabriel Galli and Brian Mackern started the event off with a visual tour de force entitled “The supremacy of Uruguay”, charting history’s momentary fascinations with Uruguay, and the absurdity/splendor of the idea of Uruguay taking over the world. Álvaro Ahunchain, who comes from the advertising sector, told of a recent collaboration with Uruguayan musician and composer, Jaime Roos. Breaking down their design process revealed the complexities of creating from nothing; how a blank page is just as scary as it seems, and must be approached with reverence and bravery. Natalia Mardero’s “The spaces of creation,” was reminicient of Virginia Woolf’s 1929 essay, A Room of One’s Own, which argued that for an artist to create, they must have their own creative space. Mardero showed images of local and international writers’ creative spaces.

Entrance was free. Seats were limited and were given in the order of arrival, beginning at 20:20 (8:20pm). Fortunately I arrived early, and was able to procure an actual seat for the first half. With over 1,000 people in attendance, most of the audience watched the presentations through simultaneous projection from the house gardens. The night was lovely, and for half of the second half, I too perched on the outside stairwell watching the presentations on the big screen. Whether one was inside or out, there certainly was a buzz in the air.