Ante Vojnovic, an invited artist of H.P. FRANCE, relishing the joy derived from creation, alone in his atelier in the suburbs, about 40 minutes away from the city center of Tokyo. There is nothing to delude or bind him in this country, as he doesn’t understand what people is talking about. Let’s go find out what Ante Vojnovic, the artist of light, has in his mind. 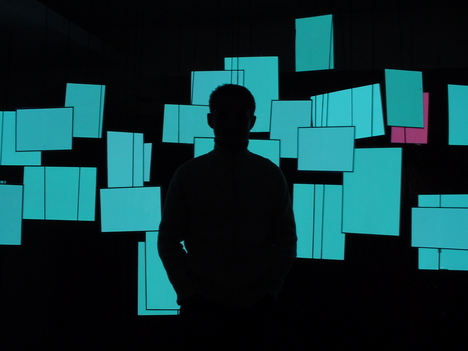 I heard you started your carrier as an artist by self-taught since 1975. What was the reason that made you decide becoming an artist?

I liked to create things ever since I was a child. When I was in North Africa, I spent so much time alone in nature. Without talking to my friends or staying with anybody else gave me a lot of time to think and imagine. My imagination seems to be brought out around that time. I was always looking for something new. I have joined the military, as well as become a cook and traveled a lot. I made fashion accessories with my girlfriend. One day, I decided to quite everything what I was involved and so I did. My girlfriend said she wanted to live with dolphins, and left. I decided to go to the United States for a while in 1975, and during my stay there, I visited a contemporary art museum for the first time. As I saw the works, I thought I could do something like that too. I stopped the trip there, went back to Paris right away and sold everything I had in Antibes, bought an atelier, got my foot in the world of creation. 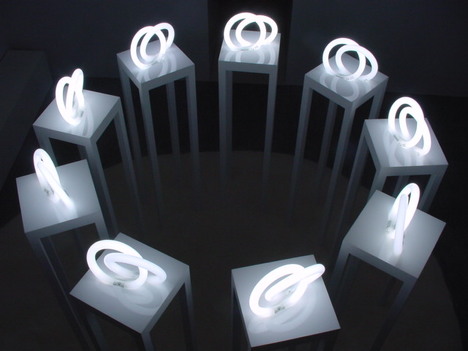 What was the actual artwork you were impressed by?

What I saw in Houston was artworks of pop artists such as Andy Warhol, Roy Lichtenstein and Walter De Maria. Not a specific artist. Although I wasn’t interested in the art and didn’t know the meaning at all, I was shocked at their way of perceiving the world, and artworks created at that time. Since then I have been constantly trying to create something that nobody has ever seen before, since then. 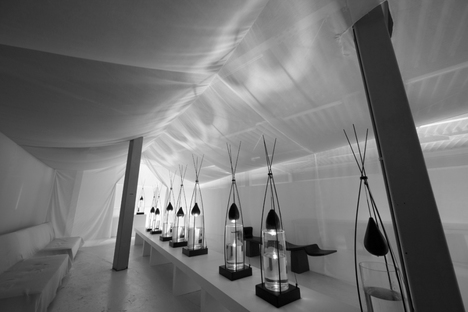 Tell me about the exhibition “Presence d’eau” in Nagoya.

I decided to make it simpler than “Fontaine” which I created in the 80’s. I came up with an idea of making someone else relating to my artworks, so as to make it as minimal as possible. The maintenance of “Fontaine” was hard, because it contained a circulating pump inside. I was thinking about a work without using the pump, and created “Presence d’eau.” At the experimental stage, one of my staff advised me to put a light inside of it. I said more lights and so I did. I placed works and covered them with a veil or canvas like material in the exhibition in Nagoya. 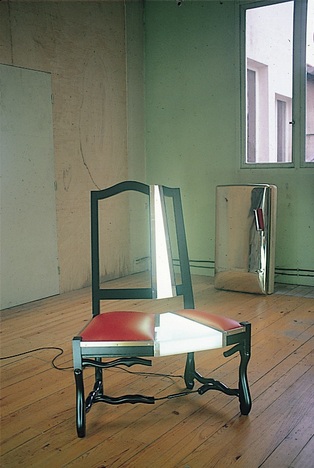 You create many works using light. Could you tell me about the relationship between your work and light?

I think my childhood experience has a big part there. I have lived in a place without electricity. There were no artificial lights but lamps and candles. One day, I pushed a switch somewhere and turned on the light. I thought ‘Is this a magic?’ My works contain lots of light because of the experience. Also, the French saying “The strawberry on a cake” explains it too. It means “Making something perfect by filling a gap with something.” Like a cake completes with a strawberry on top. 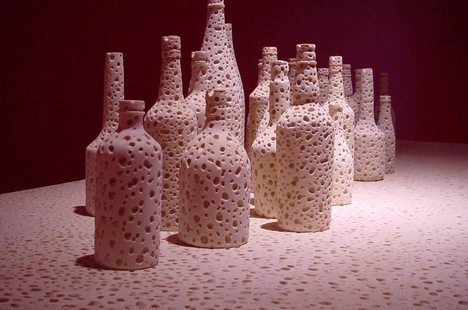 What do you think of white as seen in your works?

Every house is painted white in the area away from the city in Maghrib, North Africa. They repaint their houses in white every year, and I like that. I spent time with white things when I was in Maghrib or in the Mediterranean areas. I painted my rooms white even when I was in Paris, France. I wanted to reset the atmosphere of the room and get rid of the whiff of the former inhabitants. When you place an object in a white space, it enhances the existence of the object. I want to keep my rooms as white as possible, and as empty as possible. I think I started needing white when I moved to Maghrib as I was seven years old. White is pure isn’t it? 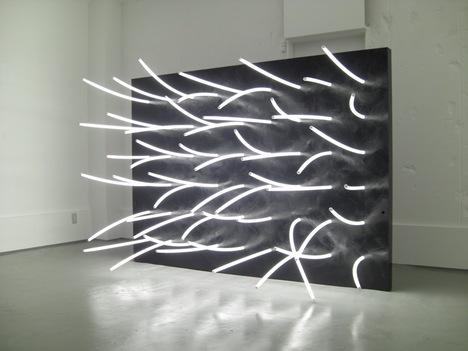 In what situation do you feel a joy of creation?

I think that creators have something in their mind what they want to create, but I don’t have them and what I find happiness from is to create something that nobody has ever seen before. I always create something for myself, but anybody else. This is probably because I still remember the feeling of joy I had felt when I was a child and creating something with my own small hands. I was just enjoying creating things when I was a child. Later, when I got little older, I started having something to say about what I made. I should change this and that. When I grew up more and became an adult, I had a girlfriend and wanted to impress her. This is something that motivates me when I create. If someone important to you is happy about what you make, that would be the best motivation. 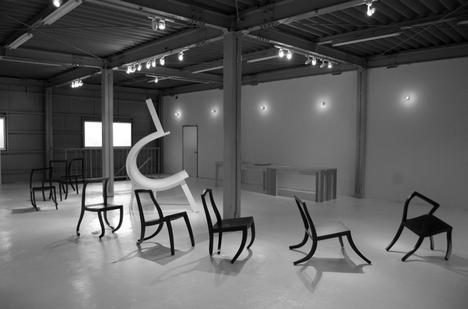 I have heard that you create artworks as well as beautiful tools as byproducts.

Say, here is a tool, which with a magic marker on top, to draw horizontal lines at this level. You can find and buy this kind of tool if you go look for it, but it costs around 20,000 yen. When I was working on “Tango,” I poured resin into a groove on a small piece of wooden board, made many chair patterns. When I create something, I like devising and creating tool-like objects by myself, more than just going to stores, buying something already there. I think that is where creative process begins.

Ante only has a bed, table and cabinet in his room, and they are all painted in white. His room is in a way, a simple, empty white space. However, there are his unforgettable memories placed on top of the cabinet, like many other people take pictures of things they don’t want to forget. In the small space, Ante recreated the bedroom, which he used to own when he was in Greece, and his house, which located in a desert in Mauritania. ‘When you widely open the window, the wind fluffs the cloth on the canopy bed.’ Although, he has little to say, there is light in his works. It is sometimes invisible. It is sometimes visualized and projects images on our retinas. Ante, with his flexible thinking and imagination, captures human life and the light hiding behind our everyday memories and experiences, creates tridimensional objects. ‘The point is to let go.’ When we were about to leave, Ante told us the secret of the world.

Ante Vojnovic
Conceptual light artist. On his works for “Les fleures de Bambou” and “Entre deux chaises”, which you can experience sensory perception, he mentions as ‘the ideal life is to accomplish two things at once. If you sit on this chair you can do that.’
http://www.ante-hp.com