Entering into the 2010’s, the film expression pursues more virtual reality, and the real society gets more expanded. In such age, the expression at the limited time and space is getting to take on a different meaning compare to the past age.
The Postmainstream Perfoming Arts Festival (PPAF) focuses on fragmentary, experimental, and particular approaches to contemporariness of performing arts by artists of “postmainstream”, in contrast to that of “mainstream.” And the whole concept of the festival is appeared to what Mr. Yasuo Ozawa, one of the producers of the festival, mentioned as “we value to make our own place by ourselves from the beginning.” 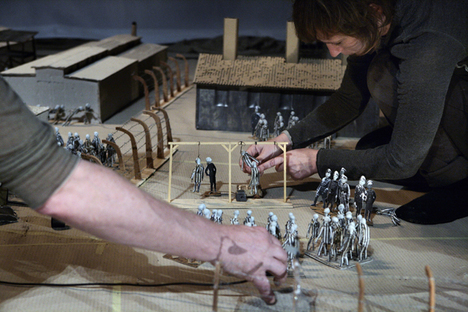 Launched in 2003, the first PPAF introduced “Unrehearsed Beauty” which was performed by PME from Montreal Canada, which then inspired Chelfitsch to create “Three Days in March” at the second festival in 2006. Since then, PPAF is held every 3 years to influence the performing art scene in Japan. And the third festival this year showcases 6 performances in total from Belgium, Netherlands, UK and Japan. 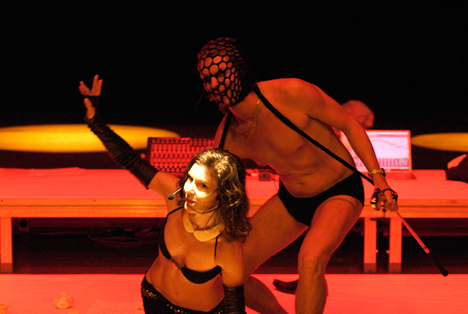 The festival kicked off with the Japna premiere performance “The Ballad of Ricky and Ronny” by MaisonDahlBonnema & Needcompany. Entitled as “pop opera”, The Ballad of Ricky and Ronny is a new type of opera performed by Hans Petter Dahl and Anna Sophia Bonnema, singing pop rock music with flat voices. The urban stereotyped married couple narrates each and their own fantasy. As their dialogue escapes to the imaginary world, it actually brings out the realty. 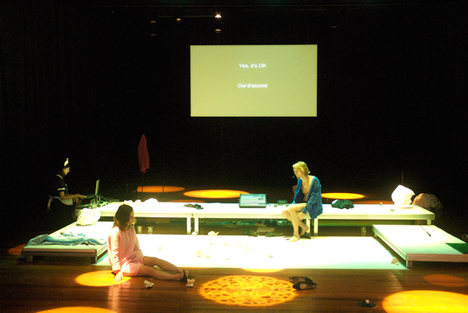 “The term ‘fantasy’ here includes the meaning as self-portrait in the paradoxical society. The married couple who lives and works in the urban city and consumes more of the city than necessary. Such couples are in Tokyo as well, aren’t they? And they spend time to make more enjoyable and better lives, but somehow it goes to the strange direction” says Hans.

The story continues as “Ricky and Ronny and Hundred Stars”, with additional performer, to be performed for the first time in Brussels in February 2010. 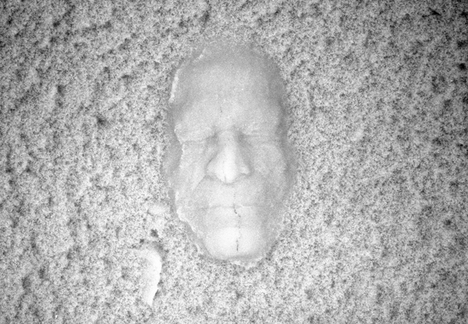 There are 5 programs performed by 4 companies throughout February and March. Formed in Sheffield UK back in 1984, Forced Entertainment once called as “Britain’s most brilliant experimental theatre company” and will present 2 performances “Sight is the Sense that Dying People Tend to Lose First” and “Quizoola!“. The former is an encyclopedic monologue trying to define everything in words, and the latter is the 6 hours long performance answering 2000 questions on stage. These 2 stages will be remarkable performances based on words. 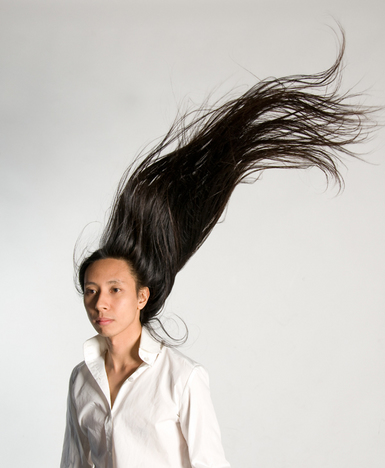 The “BlackHair Ballad” by Fuyuki Yamakawa will be also on stage. With a core expression using body, Yamakawa is specially interested in 4 parts: voice, heart, hair and bones. Among them, he focuses on hair this time. As a part of body, hair is not part of body as well. Will he use his own long and beautiful hair, or will not? It’s exciting to see how he will perform at the stage. 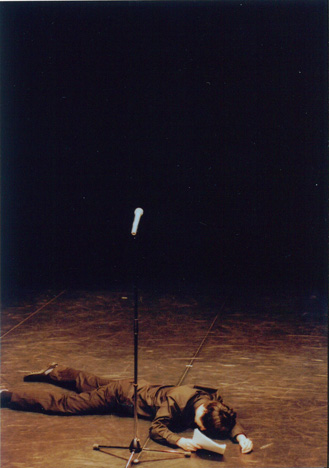 Zan Yamashita will perform “It’s just me, coughing” using freestyle Haiku. Known for their effective use of models, Hotel Modern from Belgium will be on stage performing “KAMP” based on a theme Auschwitz. It is a nice opportunity to check out these performances which might become mainstream in the future.

*1drink included at the Vacant stage
*The ticket is on sale