The creative conference HIGH5 3 took place at Osanbashi Hall in Yokohama on January 23. Organized by the creative portal site HITSPAPER, HIGH5 was held for the 3rd time around 6 presentations with the theme “Galapagos“. It is a metaphorical expression for the isolated cellphone market in Japan which is overwhelmed by the wave of various industries requiring universal standards worldwide because of globalism and the development of technology.

With a clear sky above, I felt comfortable in the huge area of wood deck feeling the ocean and listening to a sound of whistle before entering to the Osanbashi Hall. 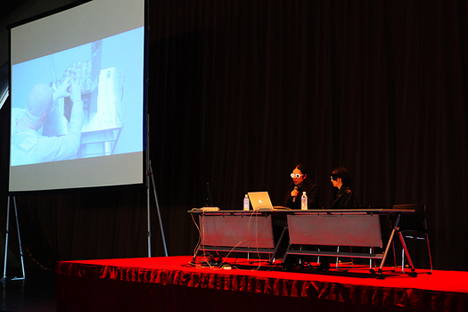 The first presentation was started by film artist “SHIMURABROS.” formed by sister Yuka Shimura and brother Kentaro Shimura. After participating in the Cannes Film Festival in 2007, “SHIMURABROS.” is gaining attentions as a unit of film artists. I am excited to see their upcoming new installation and experimental film after enjoying their presentation about the 3 dimensionalized “X-RAY Train”. 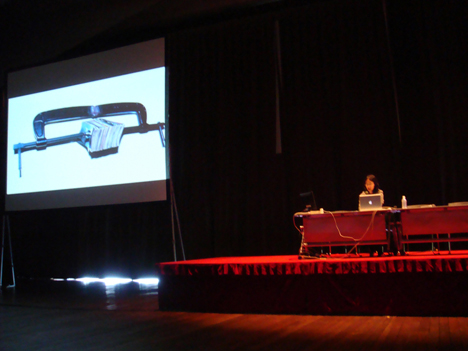 The second presentation was given by the photographer Lieko Shiga. Awarded for the Kimura Ihei Award in 2008, Lieko Shiga is known as an up-and-coming young photographer, who mainly presented about her latest publication titled “The Entrance of Canary”, which was released on the next day of this presentation with a limited edition of 1000 that were all hand-made. In addition to the process of making the book, she talked about the story of each photo. Her strong speech inspired me to get into her photo world.

She presented a photo of a plum tree that looked luminescent. The tree was actually a flowerless tree and she made the tree blossomed with dead flowers made out of paper. The photo was delivered to an old woman who had grown the tree. I was fascinated by her distinctive world that was presented by her speech. 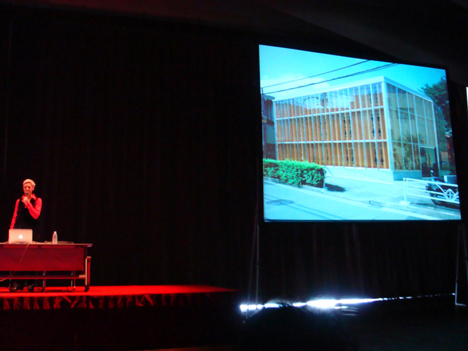 The next presentation was given by Klein Dytham architecture, which was formed by UK-born Astrid Klein and Mark Dytham who work actively for in various fields of not only architecture and interior designs, but also installations and events. Since Mark’s wife was giving birth that day, Astrid Klein gave a presentation, introducing their past works such as the interior design for the web production company Kayak.

She also talked about one of their outstanding worldwide events Pecha Kucha Night, which is held in 276 cities nowadays. She mentioned that the event wouldn’t be realized without their event place Super Deluxe. A Pecha Kucha Night took place even in Bogota known as one of the most violent cities with drugs. Through the presentation I realized the possibility of Pecha Kucha Night, and am excited how it will develop in the future. Celebrating its 20th year in Japan this year, Klein Dytham architecture inspires us as a diverse unit beyond a group that just does architecture. 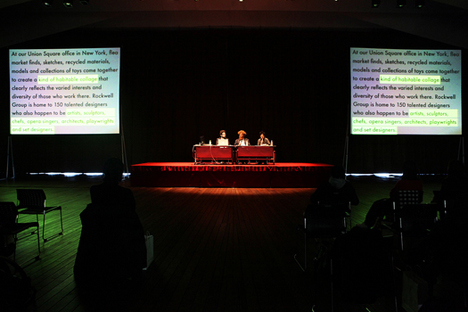 The interactive team Lab Rockwellgroup appeared as the 4th presentation. As a collective of various fields of designers of product, interactive, architecture, and graphic, they have considerations on how they make interactive spaces and how they fit into the greater context. They mentioned that “what they actually want to do is remove boundaries such as digital and internet.” I’m excited to see their upcoming activity with their unconventional expressions. 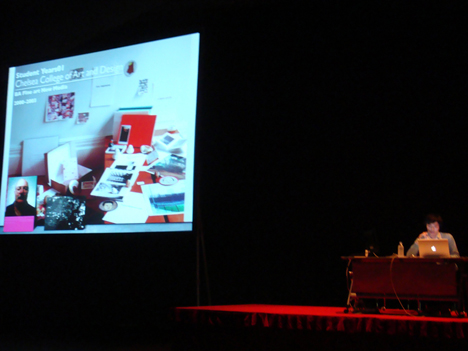 Next was Toru Nagahama, a photographer who currently works at the london-based creative studio Hi-ReS!. He makes various works based on photography that has been seen since he was selected for the 29th Hitotsubo-Ten. Even though his work looks pop and humorous, he used to take photos without any tweaks before, but people around him inspired him to settle in his current work style. 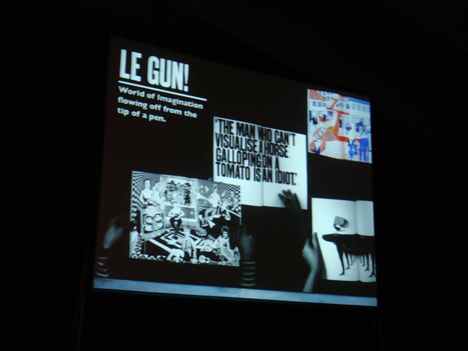 Toru met 2 influential guys in his school days; one is Le gun, who inspired Toru with his free style of illustration, and another is Alex Battler, who inspired his mentality. The presentation revealed how his expression was established and how it will introduce the possibility of photographic expression in the future. 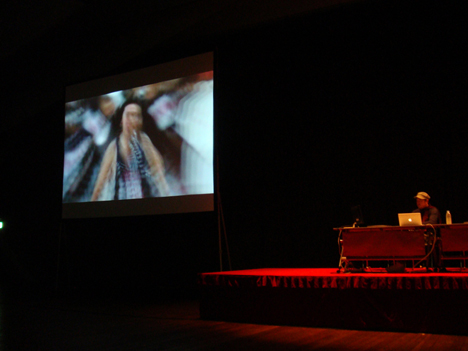 The last presentation was given by creative director Naoki Ito, who was recently appointed as the representative of Wieden+Kennedy Tokyo. Awarded for numerous awards, he experienced to become a jury member for Cannes Lions. Started with negative words for advertisement, “which cannot be accepted 100%” and “which is disliked”, he makes advertising works on the premise of such negative ideas. He gave a useful presentation on the value of advertising and its meaning, introducing some of the W+K Tokyo’s ad works such as a TV spot for Coca Cola and Honda. He mentioned that the two ads included their conscience as creators to speak for another.” That’s why the work moves us. It was great time to experience his ordered presentation. I’m looking forward to his work at W+K.

Ahead of the official release, The Entrance of Canary was on sale with other books including the artist book “:balloon” collaborated with Shun Kawakami of artless and Takashi Kawada of kotenhits. Definitely different from other conference, HIGH5 3 created opportunities for 6 significant speakers to make inspirational presentations. I’m already looking forward to the next conference!