Perhaps the idea about to combine the experience of diving whilst listen to music has crossed your mind before.
We don´t know if the engeeneries from Apple have some acqua-iPod in development but for the moment, if you would like to enjoy such experience, now you have one alternative. Joel Cahen offers you Wet Sounds. A London-based promoter in contribution with the British Council, is the roadshow that has been touring throughout Europe and it is planned to go further during 2010. 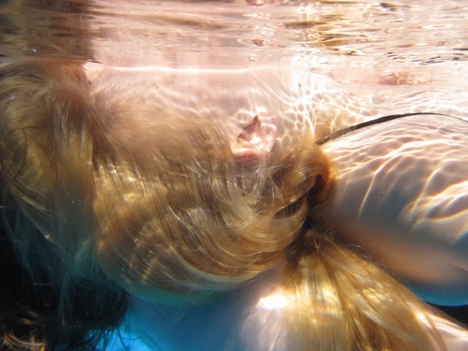 How the idea of this project begun?

I have been putting on various art and sound events in London since 2002. When I heard from a friend that she recently been to a spa with underwater speakers which played music, I was inspired to develop a sound art event and use the pool as a public art space. 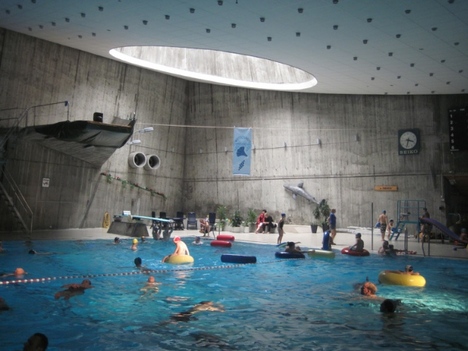 Could you explain briefly why waves flow such a good underwater?

Water is denser than air so sound travels faster in water than in air. Also the way its perceived is through the skull bones which largely bypasses the regular hearing mechanism and stimulates the inner ear. This has the effect of perceiving a clear and detailed sound. This is how whales can communicate over such long distances. 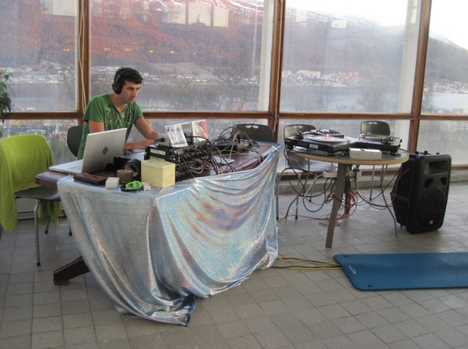 Does it make sense for you a whole show underwater where band is into a crystal capsule instead of an stage and audience is supplied with special goggles and properly breath-air pump system? Or in other words, do you think a mainstream band with properly budget could prepare a show like that?

I have actually thought of something like that and there are several technical hitches which perhaps without a budget problem could be solved. I dont think the audience would feel comfortable in that equipment, also the sound the breathing mechanisms make is too distracting. At the moment I am looking for performance artists in scuba. Maybe if people had gill implants…

What is the aim of the sound or compositions that you create for this event?

I create an audio collage made of sound art works which were especially made by artists for underwater playback. I mix these works with sound narrative compositions. This is like what I do for my weekly Resonance FM show, Soundsoup – sound collages made from a variety of sound sources such as different kinds of music, location recordings, sound fx, film excerpts all freely manipulated and mixed.