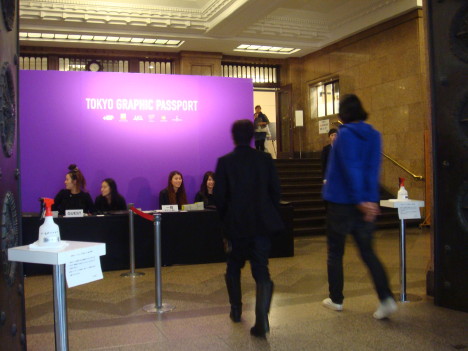 For the second day, the International Magazine Conference was held for offering a conference inviting seven groups of art directors and editors from the creative magazines around the world, where you can experience “pondering the creativity of magazines”. Held in a historical building in Kudan Tokyo, the conference was kicked off, providing with another GRAPASS and “Tokyo Graphic Passport”, the latest issue of “+81 Voyage”. 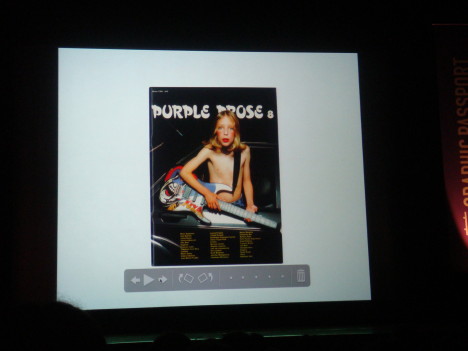 Having worked as an art director for Purple Fashion for 13 years from 1993 to 2006, Christophe Brunnquell is currently working as an artist. He presented how tough the working process for Purple Fashion was that he could work on only 2 pages a day. What he concerned more than contents was its structure. He revealed that he has made the magazine breaking conventiona rules and having a playful mind. He ended with a recommendation for us to make a couture-made (not ready-made) magazine for young generation. 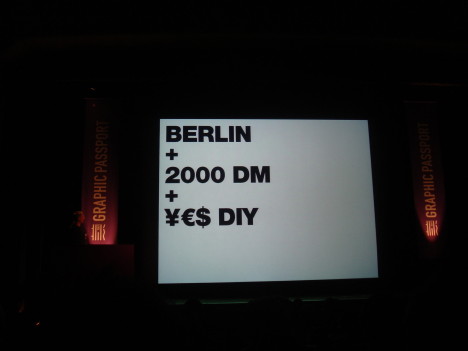 The Berlin-born creative culture magazine “032c“. The name of the magazine is originated with the Pantone color number. Approaching new creative things constantly, the publisher and editor-in-chief Joerg Koch mentioned that the magazine questions us, and he explored the result in his magazine. He didn’t accept defining the way to define things conventional way. As a result he listened and responded to the readers seriously, he was able to attract a great variety of readers. It was worth to listen to his presentation revealed the details about the design and background of the magazine.