Lucas Badtke-Berkow has been creating media in Japan for the world since the founding of his company Knee High Media in 1996. The company’s first project was the now cult TOKION magazine which Lucas founded and edited with a partner until he sold the name in 2002. Afterwards, Lucas conceived and started a kind of “Tokion Traveller” as an extension of his evolving vision and tastes entitled Paper Sky. Lucas also publishes a Mammoth, a bi-annual magazine which gets kids excited about life and creativity. In the past, Lucas has served as editor and chief of “Metro Minutes”, which was the first “free paper” for the subway which paved the way for the ubiquity of the term as well as Creative and Editorial director for Planted along with Ito Seiko, a magazine revolving around the concept of “Life with Plants on this Planet.” Aside from publishing, Lucas has been the creative lead for Knee High Creative, the creative agency under Knee High Media. If that doesn’t sound busy enough, Lucas BB, as he is amicably called, was kind enough to make some time to talk to Shift and his take on the in-flux world of publishing. 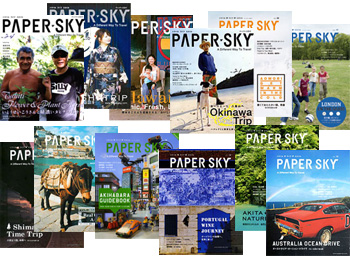 Tokion was your first magazine, how did you get started? What was your lifestyle like back then as you were starting the magazine?

I started Tokion in my house in West Tokyo. At that time I was living in a tiny 6-tatami mat apartment, literally right next to the Inokashira line train tracks. I had always made magazines and newspapers ever since I was in junior high school and if pressed, I would say its kinda all I really know how to do. Actually, before starting Tokion I was kinda burnt out on magazines, but coming to Japan really inspired me- you know, I wanted to show the rest of the world what an interesting, fascinating, creative and just crazy place (in a good way!) Japan was; and still is. The concept for Tokion was to bring the world Japanese art, fashion, culture and music at the street level- because that was where Japan was really showing a new and fresh face in 1996. 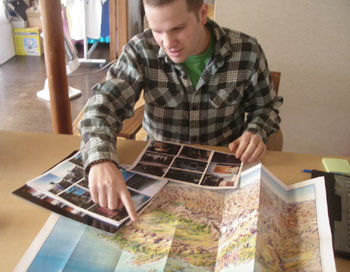 After Tokion, what direction did you start to go in?

Well, after I sold Tokion in 2002, I wanted to make a magazine I could mature with. Tokion was a youth culture magazine and by the time I was 30 it was time for me to move on as an adult. At this time I began publishing Mammoth magazine, a magazine for parents and I also started Paper Sky as a world culture magazine – I was thinking more a long the lines of a kind of a pop version of National Geographic for modern yet down-to-earth travelers. What started as a kind of “Tokion Traveller” became an “in-flight magazine for the ground.”