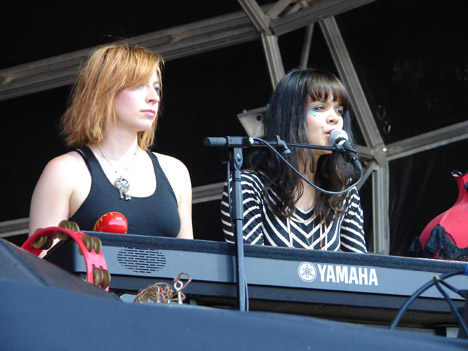 Friday starts early at the Estrella Damm stage with the beautiful Natasha Khan in front of Bat For Lashes with a sweet and mystical show. At the ATP, the psychedelia sounds were coming from San Francisco with Sleepy Sun, sometimes it seemed they had more fun than the audience. 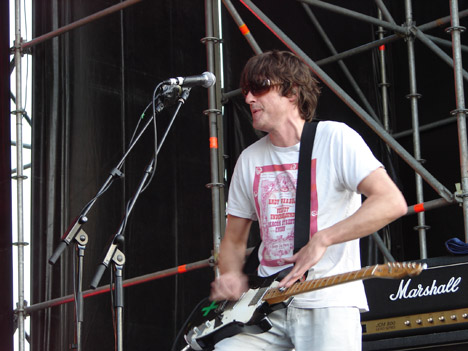 Later at the Rockdelux stage some classical sounds and spatial atmosphere from Spiritualized, captures the crowd in a fine and tender concert. Then it was time for some new and fresh born material, the Pitchfork stage have a good selection during the whole festival. 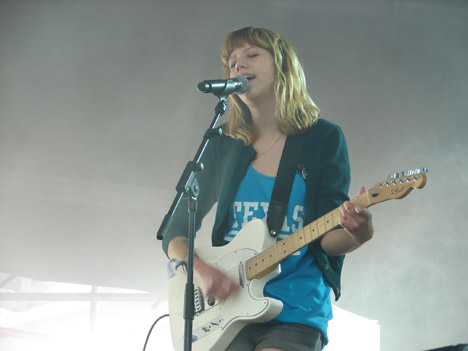 On friday they presented the garage rockers from N.Y, the Vivian Girls in their first show in Barcelona, that showed why this girls are receiving acclaim everywere. 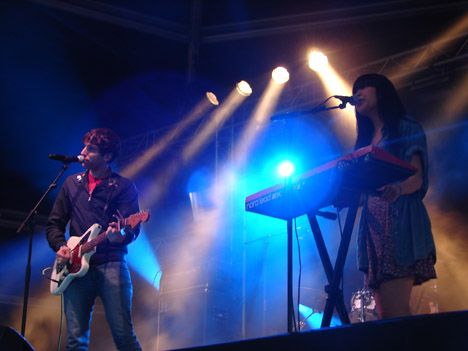 The Pains of Being Pure At Heart

Continuing with new bands that are getting the world talking, The Pains of Being Pure At Heart made the audience sings their songs as though they have been doing this for the last 20 years. Also young but more into messing around with the crowd, the guys of The Mae Shi started to make the party for this Friday night. 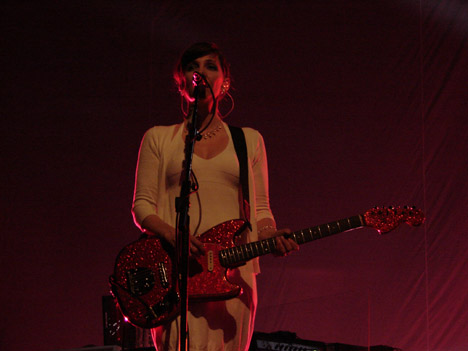 It was time to give a second chance to My Bloody Valentine, this time at the Forum’s Auditori. There was a huge queue to enter for the public and you had to reserve the tickets early the same day. The acoustics inside the Auditori was perfect for the show, and the Valentine’s once again put their amps at 11 like Spinal Tap, but this time the band blasted the stage with a wonderfull show. Everyone who attended forgot about their early show and dreamed again with the magical sounds of “Loveless”. it really was one show to remember. 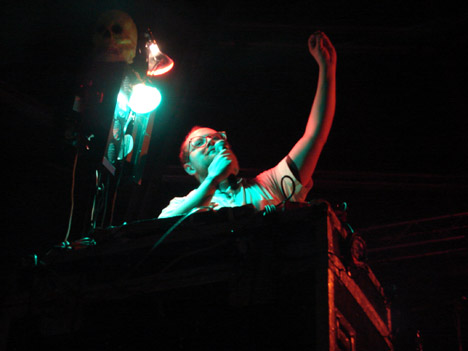 After all the decibels of guitars and noise, it was time to dance and have fun with one of the most inetersting shows in the Festival. The people were talking so much about this show and how much they wanted to see Dan Deacon live with his Ensemble. A crowd of geeks, freak musicians and dancers (even a Tomato man) taking the stage in a wild presentation with Dan as a master of ceremony. Deacon makes the people goes crazy, he often stopped the songs and asked the audience to sit, to jump, to make sounds, etcetera. And there was so many people that you can imagine the kind of show. Dan Deacon was everything the people expected and maybe more. 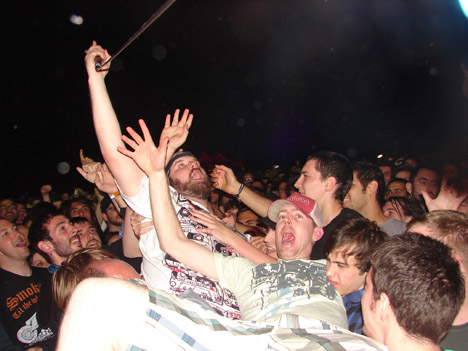 If Dan Deacon was wild with his electronic show, after at the Ray-Ban Vice we got one of the willdest shows with the classical guitar, bass, drums and old school hardcore with the incredible show by the N.Y band Fucked Up. Just the type of energy the people needed for ending a great day.