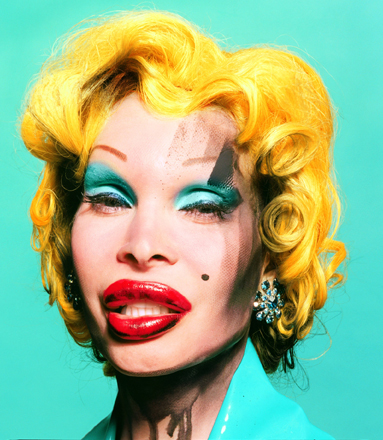 Even though I was overwhelmed by the atmosphere of the venue which is colored by David’s theatrical compositions and garish colors, I could agree with his reputation as a photographer in the fashion and commercial industries. I cannot deny that his work has a strong attraction and impact. 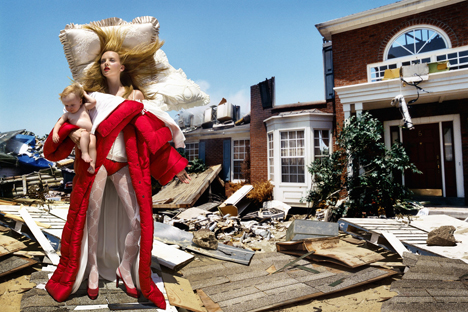 The House at the End of the World, 2005 © David LaChapelle

David Lachapelle has worked on commercials for brands such as H&M, Burger King and the American TV drama “Desperate Housewives”, and music video clips for Christina Aquilera, Amy Winehouse, Britney Spears, and Norah Jones. He has also worked for the covers of Rolling Stone Magazine and Vanity Fair. Although he was named as a “contemporary artist” for this retrospective, I couldn’t agree with neither that title nor the message from his work.

This David Lachapelle Retrospective was advertised extensively all over the Paris. I am not sure whether the result of the extensive advertisement, or the result of the selection of popularized subjects, the venue was full of people from day to night during the term of the exhibition. As a writer who always places myself in the art industry, I muttered to myself with a deep sigh while I was looking at people who enjoyed David Lachapelle’s vulgar work, “see, the vogue of art is not created naturally, it is decided by someone…’