“I design for me” says Australian designer, Gareth Moody from his Sydney-based studio, “ As for a muse, I don’t have one. I’m still trying to find her”. Initially entering the fashion industry as a model, Moody made his designs known around the world when he joined two friends, Dan Single and George Gorrow to create the eponymous Ksubi label. Seven years later and the one-time neon addict has toned it down, going out on a limb to create a stunning collection of eclectic jewellery, fashion-forward footwear and quality constructed fashion for his innovative label, Chronicles of Never [C.O.N]. Entering its 2nd year, Chronicles of Never is making waves for it’s minimalist sensibility and original approach to tomorrow’s trends. On the cusp of a burning hot Australian summer, the one-time surfer caught up with SHIFT for an exclusive chat about cool kids, Japan and creative urges. 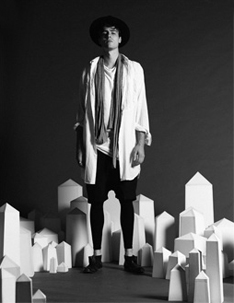 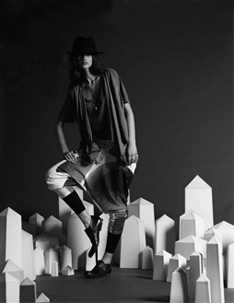 What is C.O.N and why and when did you start?

C.O.N., being Chronicles of Never, is sometimes a place where I can escape; other times it’s a place that I can’t escape from. I see it as a portal into my subconscious [and] I say subconscious because at times it feels like something or someone else is operating me. When I stand back and observe my second self I’m often surprised and I learn things about my first self. Chronicles of Never happens to be a vehicle for my creative urges and also a label that goes by the same name. Why? Why not?

You moved away from a brand that was very “cool kids fashion” bright, light, neon etc. to a label that seems a lot darker, more minimalist and more European in many ways. What was your reasoning behind that?

Well the catch phrase “cool kids fashion” is a good starting point. I no longer feel like a so-called kid, and my taste and interests have developed from that point. I’m not interested in that anymore, nor am I interested in gearing my designs towards that pack. The previous label was a group, therefore a reflection of a group of personalities – Chronicles of Never is a reflection of one individual. It’s clear and defined, it wasn’t a reaction, and it’s a sincere piece of my personality. 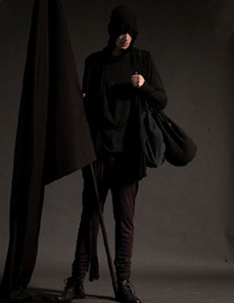 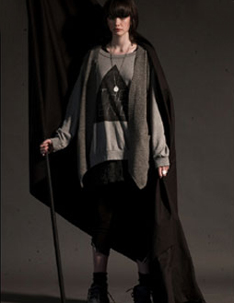 Prior to Ksubi I was …wait for it … a model. I suppose that’s where I became more interested in the clothing side of things. I always knew I was going to work in a creative role of some description; I just hadn’t committed one way or another. 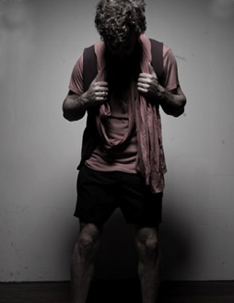 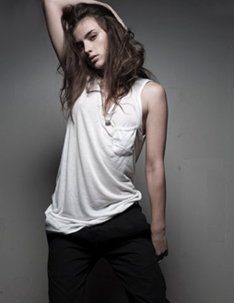 What are your thoughts on Japanese fashion and culture?

I’ve been to Japan many times. I love going to Japan, it is a great source of inspiration. I see it as a melting pot for everything that’s occurring in the world at any one time, but then finessed and done to the highest standard.

Do you think being from Australia influences your designs?

In fact, it colors my creations immensely. I love the land that I live in, but at times it can be suffocating, so, I suppose I create things that defy Australia in a sense, a form of escapism.

One song you’re in love with at the moment?

Not so much songs in particular but have been listening to a lot of Tindersticks and Hugo Race.

Favourite Chronicles of Never piece for 2009?

The DA DA bag from our winter collection.

Where do you stock?

The store in Sydney’s Kings Cross, Restricted Premises, is a collaboration between Gareth and another guy named Ian Nessick, which happens to stock Chronicles of Never, amongst other labels.
In Japan, we stock Heathen by Midwest (Tokyo), Cleopatra (Osaka) and American Rag co.