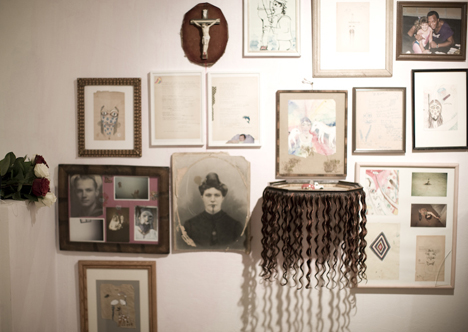 It’s probably safe to say that anyone who has been interested in American indie-rock in the last five years or so knows the Cocorosie, the duo formed by two sisters – Bianca and Sierra Casady – which has released, so far, three album on the Chicago based recording label “Touch and Go“. The young and promising art gallery Galleria Patricia Armocida (they organised shows of Os Gemeos and Ari Marcopoulos, among others), located in the “Città Studi” area is hosting Bianca’s drawings Italian debut. 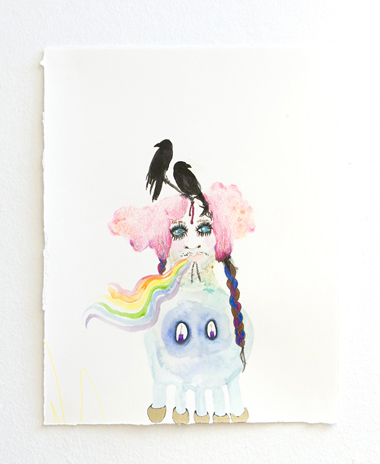 The title of the show is apparently inspired by the idea of the struggle to assess personal freedom and imagination and, more specifically, the theme is an “elaboration of the androgynous beauty of fairies and angels to explore a time behind patriarchy” advised the PR. The political aspect is mainly made evident through the recurrence of the “burka” in different images, but the press release’s statement fails to report how Bianca’s talent is to mutate these mythical and other-wordy creatures into a kingdom in which the pleasantness of the dream is always is always very close to the disturbing. The show is strongly evocative and, more than other things, the sensation is the one to be sucked into one person’s own mythology. 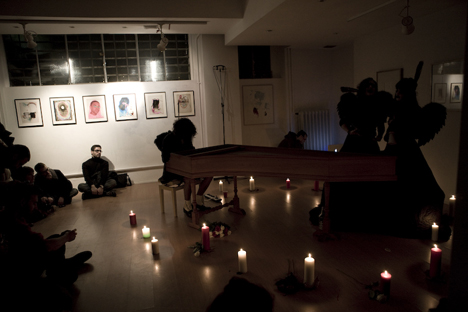 Le Combat Spiritual has been introduced by a performance during the opening: two winged Siamese sisters sang accompanied only by the sound of an harpiscord in the candles-lit gallery. A wonderful gig and a good compendium to the show that despise hints of European decadent literature or references to the gothic rock, emanates an joyous vitality.