Traveling Through Humanity via Portraiture.

Face, something that you see more of in others more than your own. Something that most people are interested in. Faces can’t express everything about its owner, but sometimes it seems that it does. Faces, everyone has to live with their own one through their lifetime. 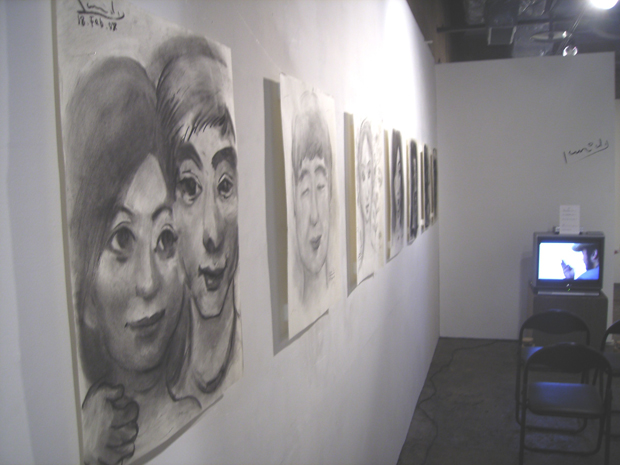 Akihiro Kuroda is an artist born in Hokkaido, Japan. Originally he had been doing various art activities as a 2D artist but in 2003, Kuroda reconsidered the origin of an artist and he shifted his life to be a “portrait artist”. The reason why he chooses portraits is because it is well known by ordinary people. Its intelligibility and simplicity appeal to Kuroda. 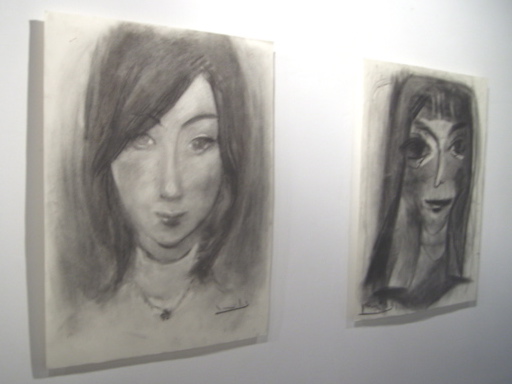 He explained a little more detail about this reason. Today, everything is categorized and we can’t live without those categories. But portraitures are one artistic medium that doesn’t have a genre. Also, drawing portraitures is challenging for artists. When he shows his works to his models, it has to satisfy them that it is themselves. 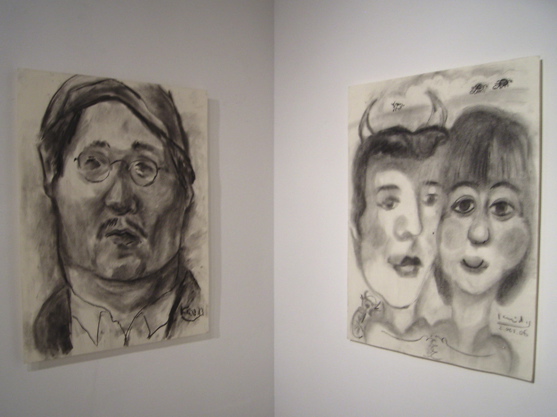 And Kuroda thinks that there are two kinds of art. One is for rich people while the other is the art of the counter-culture. He denies either of these. He wants to do art for ordinary people. Once he determined that, he realized his way was portraiture. He wants to express humanity through portraiture and he wants to make something like a mandala of humans by collecting his portraits. 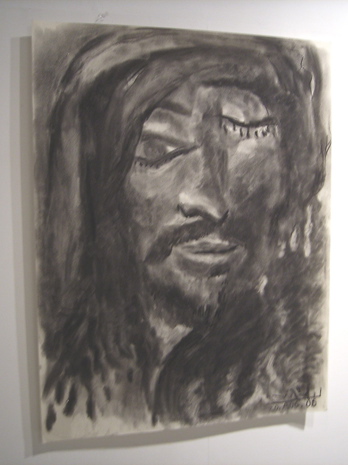 He travelled Hokkaido drawing portraitures. While he was traveling, he met people, drew them, and let them introduce him to other models. When he gets introduced to people, that means they like his work. And he draws another work. He works in charcoal. He told us that you can make portraits from materials available at 100-yen shops. 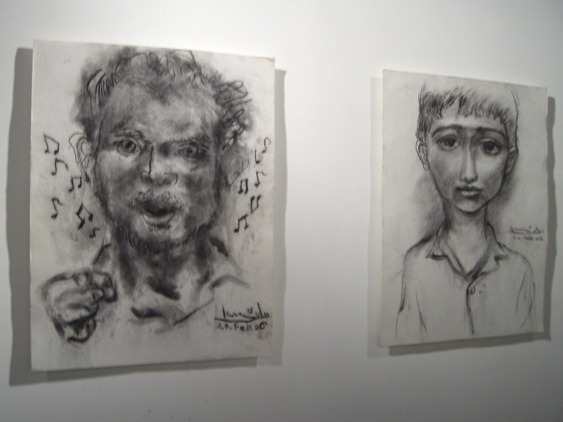 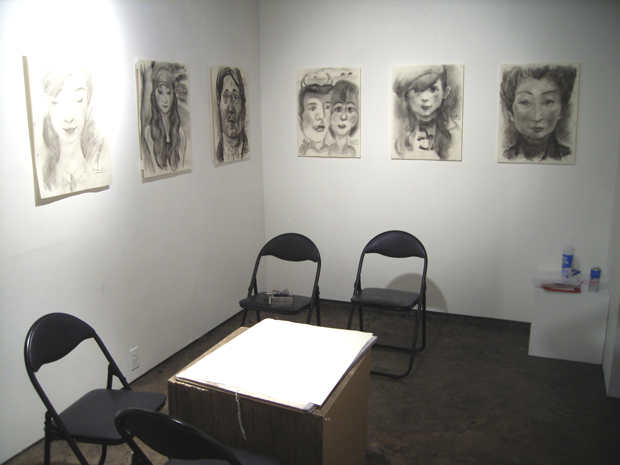 In Rishiri, Hokkaido, he held an exhibition at a fisherman’s lodge. He displayed 60 portraits of people living in Rishiri. 60 is 1% out of the whole population of this city. Local audiences came to see local people’s portraits. In this way, people’s eye seeing the work made it more active. As a result, ordinary people became interested in the art.

In 2005, Kuroda was invited to the Yokohama International Triennale of Contemporary Art, one of the biggest international art exhibitions in Japan. And his works have been broadcasted on various TV shows. In 2006, he traveled to Bangladesh and held an exhibition of portraits of people that live there. He was also invited to have some shows in Tokyo and Hokkaido. Now his field is expanding. For example, art therapy through portraitures at hospitals, and “Portraits to touch” for visually handicapped people.

In this exhibition “Traveling Through Humanity via Portriture”, all of his portraitures created to date were displayed. And what’s more, he drew new portraitures during the exhibition. It was surprising that every single work had different styles of drawing. That proves that everyone has different color, and maybe because he sublimates portraiture into the fine art. The portraitures are all black and white, but it touches our heart with full of color.