As one of member for Japan Media Arts Festival, I attended at SICAF 2008, a festival for cartoon and animation in Seoul and visited to report Seoul Museum of Art, as known as SeMA.

Established in 1928, Seoul Museum of Art has moved in May 2002, to its current location on the top of a hill, in the back of Deoksugung, a royal palace near City Plaza. The remodeled historical building has been used as the Republic Of Korea Supreme Court. 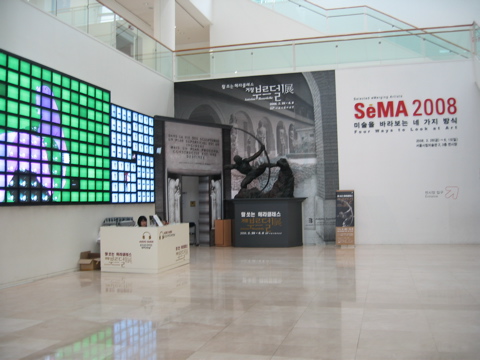 When I visited to the main exhibition room on the 1st floor, there has been exhibited a large collection of Antoine Bourdelle, a French sculptor who is quite popular in Japan. The room was full with visitors of many art lovers and especially students and young people.

In the planned exhibition room on the second and third floor, the exhibition titled “Selected eMerging Artists 2008 – Four Ways to Look at Art” has been held, composing 4 different zones of “Echo of Line and Colors”, “The Slogans Written in Water”, “Imaginary Crevice, becoming a monster” and “The Beauty of the Ordinary” which presented artworks created by 25 Korean young contemporary artists.。 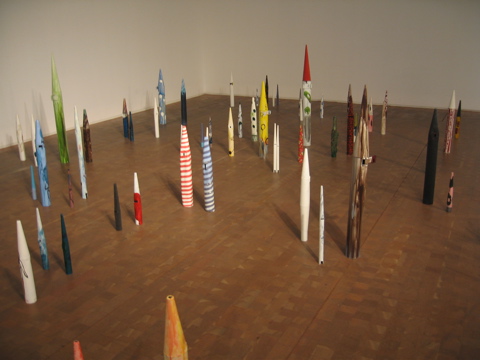 The “Selected eMerging Artists” exhibition is a biannual planned exhibition started in 2004. Taken for 3 years to research by curators at Seoul Museum of Art, the exhibition offers a place to introduce young artists for their presentation of artworks. And through the artworks, the exhibition aims to edify constructive aesthetic to the future Korean art. 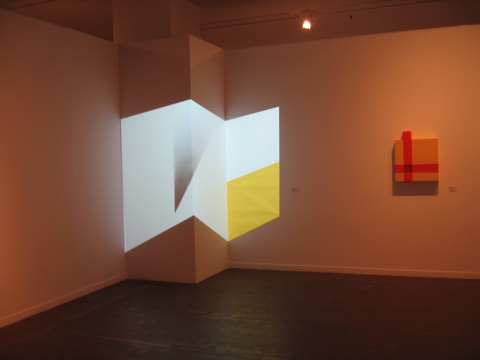 It was first opportunity to enjoy the collective works of the contemporary art that especially focused on young Korean artists. Even many of the art woks are influenced by the world’s art scene, I found them to evoke an essence of current Korea. 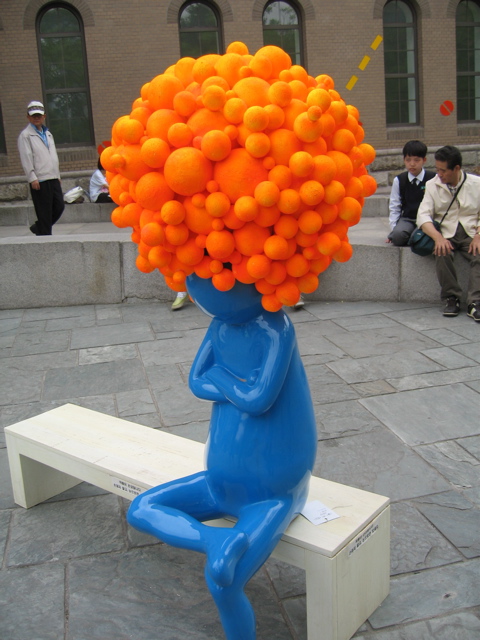 “Seoul International Media Art Biennale” (aka media_city seoul) is a biannual media art festival and the 5th Biennale will take place this year, starting from September 12th. Media_city seoul 2008 will be held at Seoul Museum of Art, which is taking central part in organizing the show. As a matter of fact, there are not so many media art festivals, which are voluntarily approach by the contemporary art museums. My expectation of the festival gets high.