Odori West 5 is the busiest center area of Sapporo. On the second basement of the most accessible building directly-connected to the Odori subway station exit 1, a new place of creative dispatch has appeared. It is “CAI 02”, the second gallery of CAI contemporary art institute which has been running the art school and holding international project exhibitions and cultural activities at a gallery placed in Maruyama.

Arriving on the first basement of Showa building which was started construction at the year of Tokyo Olympic, you see an array of eating places including old Japanese style pubs. Is there really a gallery here? Walking around the floor through tasty smells, you can find a white entrance to the “CAI 02” on the second basement. 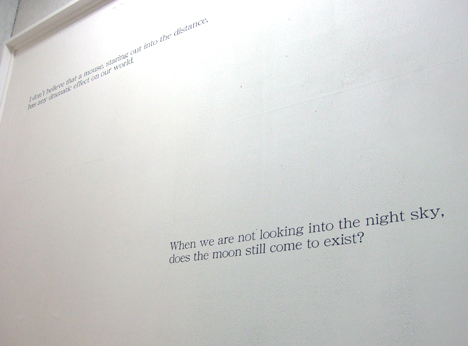 “I don’t believe that a mouse, staring out into the distance, has any dramatic effect on our world.” “When we are not looking into the night sky, does the moon still come to exist?” These were the words on the white wall, guiding you to the completely different space of the Showa building. 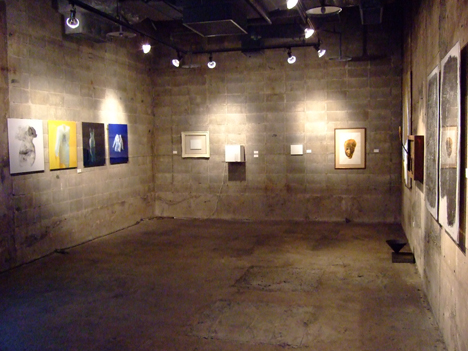 The gallery space is divided into two passages. The “raum1” on the left side shows the naked concrete walls and floor, which have an overwhelming presence yet bring out the exhibited works at the same time. The trace of the time of building construction remains there. It is so rough that you may stumble if you get careless. 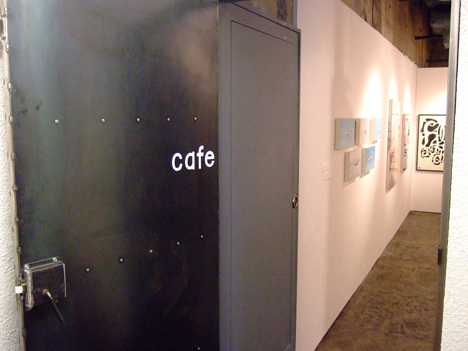 The “raum2” and “raum3” on the right side has the white walls on the same naked space, showing different impression from the massive atmosphere of the “raum1”. The contrast between the rough floor and the white flat wall is interesting. 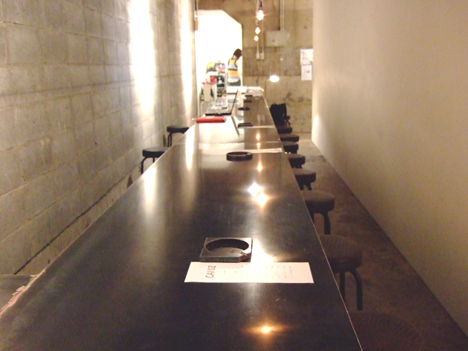 There is also a cafe in the back. The 10 meter long counter is made with iron. The opposite wall is of course the same naked concrete. After watching exhibits, you can enjoy drinks by yourself or with some friends in the chilled and sober atmosphere. Of course you can come by only for a drink after work. One of the features of this gallery is that the cafe is independent from the exhibited works even though it is in the same space. 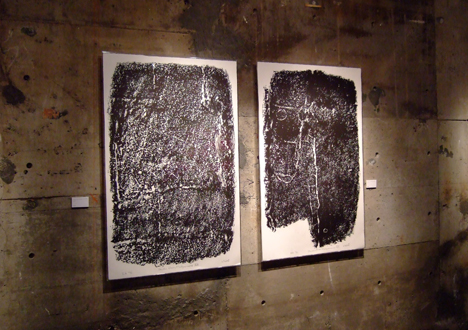 It is also new to the city that the opening hour is set from 13:00 to 23:00 so that you can come by in no rush even after work. I’d like to look forward to seeing Sapporo’s new creativity seen from here, as a place that more different people can get together through more free exchange.

“CAI 02” is currently presenting an opening exhibition “Sapporo Art Exhibition” until June 21st, showing works by Sapporo based 18 artists including Satoshi Hata, the CEO of CAI who also designed this gallery space.