I joined a special bus tour called “SHOBOSHOBO ONSEN BUS TOUR“. Here is what it was: various artists joining together on a tour of Japanese onsen (hot springs) by bus. And during the tour, we played music and drew pictures. 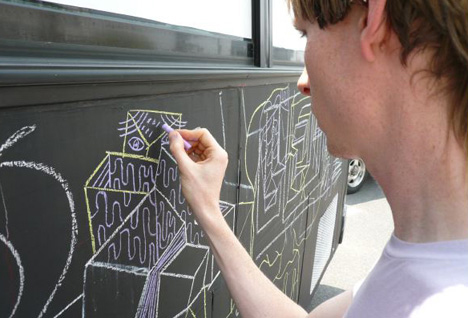 This was the second tour first started by French artists Mehdi and Lozi (as the bus, MOBIUM) in the summer of 2005.

It is impossible to discuss everything about them because they did so much. For example, they’ve exhibited in Tokyo, held concerts in many cities and of course gone on onsen tours. I recommend you to visit their website where you can see the diaries of the tour and many of their great artworks.

Let me introduce you to the artists that joined this tour. 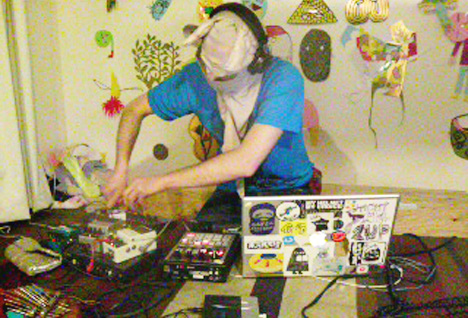 A Musician/Drawing artist, Mehdi Hercberg. This tour is a Japanese version of the series of events he organized in France, “SHOBOSHOBO”. His concert is solemn but pop, and it’s also experimental. He also creates wonderful goods. It’s really fun to see his beautiful drawing books, T-shirts, CDs and pins. These goods are one of his ways of exhibiting his work. During the tour, he kept drawing great pictures. 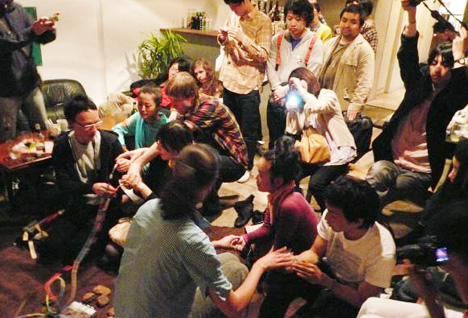 Lucky Dragons is a unit composed of two artists, Luke and Sara. They are musicians and drawing artists. One of their instruments makes sounds by holding hands with the audience. It creates the mood of the place making audience peaceful. Their performance was creative and interesting. Also their drawing project “Sumi Ink Club” is brisk. They were constantly drawing amazing drawings during the tour. By the way, their name “Lucky Dragons” was named after a historical Japanese fishing ship which was an H-bomb test victim in 1954. 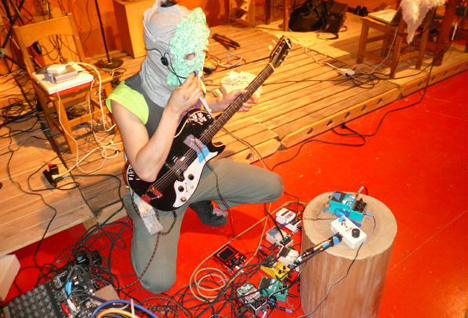 Tetsunori Tawaraya is a musician known as Dmonstrations in USA, and also known as a musical unit 2UP. In this tour he joined in as a musician Vastieu Ramen. It’s hard to expect his unique performance when you look at his manly, robust appearance. He is also a creator of illustrations and comic books. He was drawing with Medhi during the tour.