TENORI-ON is the innovative music instrument that has been taken about 6 years for its completion, created by Toshio Iwai, a leading media artist in Japan. It has 16 x 16 LED buttons laid out on its surface. Each button lights in response to sound sequence so that you will be able to feel sound in both your eyes and ears. 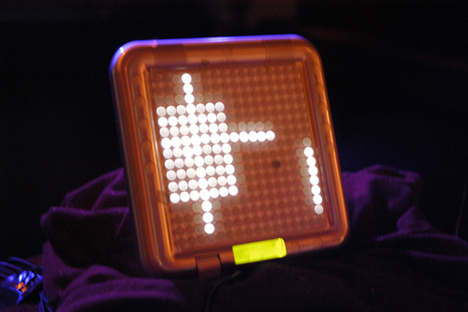 PRE-VIEW & AFTER-VIEW, the live event featuring TENORI-ON, has held at Cay in Aoyama on April 24th and 27th: ‘PRE-VIEW’ of 24th has featured live performance by To Rococo Rot, Mapstation and Robert Lippok, and ‘AFTER-VIEW’ of 27th by audio visual artists such as Atom Heart, Paul de Joung, RYOICHI KUROKAWA and DE DE MOUSE.

Here we have a report on the ‘AFTER-VIEW’ event where Atom Heart (Senor Coconut) has performed with TENORI-ON. 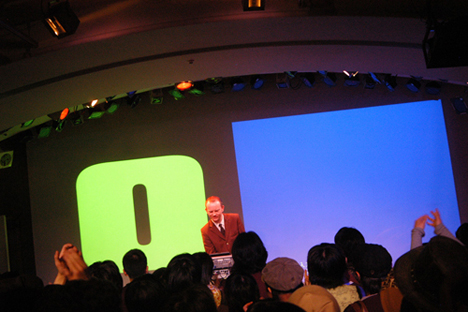 He has released in vast numbers of music using several different names from the beginning of the 90’s until now. Recent release has done by a name, Senor Coconut. Atom Heart for this time performed a full set live with TENORI-ON. 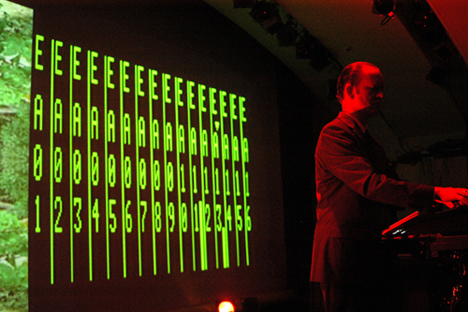 On the left hand side of the back screen behind Atom Heart’s performance there showing a film with his distinctive senses which was similar to his music, and on the right hand side of the screen showing an interface of AKA MPC which was synchronized with TENORI-ON, so that you would be able to see how the artist was working with TENORI-ON and how he was making adjustments the parameter. The performance has definitely satisfied audience’s pure interests in how he used TENORI-ON and the interests in the film itself at the same time.