Perhaps these years of cultural destruction, repression and emptiness are the reason China is now enjoying an energetic re-awakening of creativity, particularly in the field of design. With over 200 exhibits, China Design Now celebrates this new cultural surge, presenting a fascinating insight into contemporary China and exploring its hopes and dreams over the last two decades. 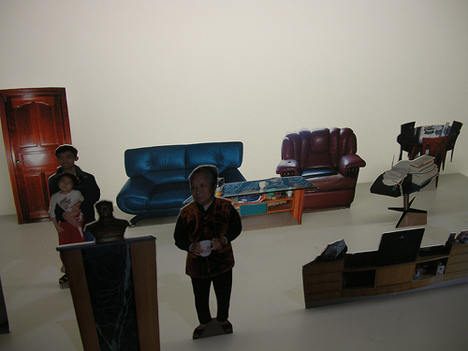 As recently as 4 years ago, the urban youth of China would still have given their left leg for a pair of Nike’s and would never deign to choose local soft-drink Jianlibao over Coca-Cola.
But the impact of rapid economic development has meant an explosion of new architecture and design in China’s major cities, says V&A Director Mark Jones, “The tremendous pace of change has inspired a whole new generation of designers and architects who are shaping fashion, product and urban design in China’s big cities.”

These powerful new national brands are now vying not only for the Chinese market but competing with global brands for the attention of the world.

The exhibition route begins in the country’s southern region with the graphic design, youth and urban culture of Shenzhen, where, says the exhibition’s curator Lauren Parker, “Designers are really playfully exploring global youth trends the relationship between global youth trends – things like skateboards, trainers, t-shirts, as well as their traditional Chinese icons.”

The concept of design is in itself something of a novelty in contemporary China, where during Mao’s era, there were simply a handful of ‘artist-workers’ churning it out for state-owned companies. 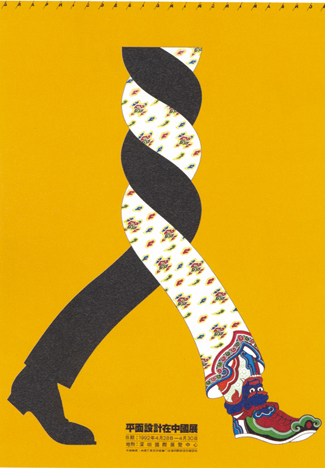 But since the 1990s pioneering individuals who used Hong Kong as their inspiration and technical yardstick, turned to posters as their primary means of communication – first with neighbours Hong Kong and Taiwan and now with Europe, Japan and America.

In the last few years, a number of world-class art and design collectives have emerged, notably MEWE Design Alliance and Perk, who are held together by a mutual appreciation of interdisciplinary design and the inter-breeding of creative ideas.