Yoshiaki Kaihatsu lived in many places all over the world on various art residency programs, and he held workshops with an audience as participants to make works with materials obtained locally. 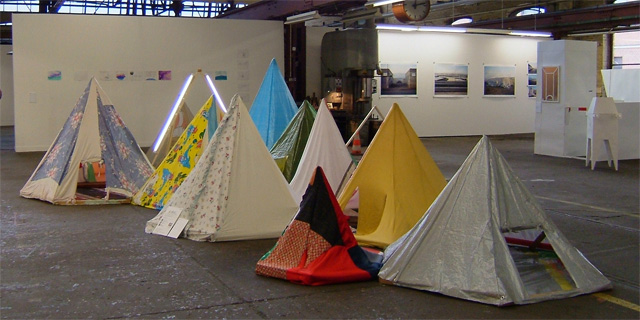 Shiro Masuyama installed a device in a box, which had a long-period recording function. It was sent through a delivery service, and recorded the whole process of the postal delivery of the box itself until it arrived in Hamburg. The installation included the recording device itself with the edited footage projected for viewing in the exhibition. 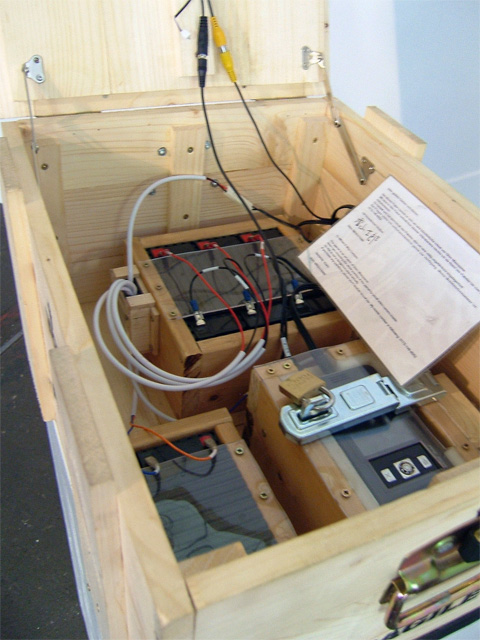 Shiro Masuyama《MOVING (from Berlin to Hamburg) 》2008

It showed how people, who were involved in the postal delivery, tried to look at what was inside the box, and the artist himself being called by the officer at the customs and having to deal with them, which was quite thrilling to see. 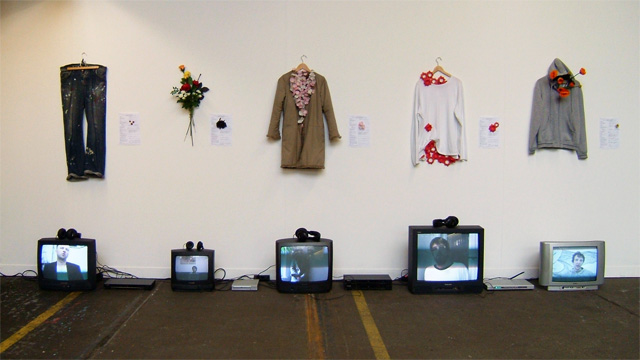 Megumi Fukuda‘s work was an installation that mainly consisted of 5 video interviews. Apart from these interviews, questionnaires, objects as symbols related to flowers, and other objects that could be the replacement of the artist herself. The theme of the interview was flowers; national flowers and the memories related to those flowers.
The interesting thing was that you could really see in the interviewee’s passion whether they were talking about the memories that they had with the flowers or whether they were just explaining about the national flowers. 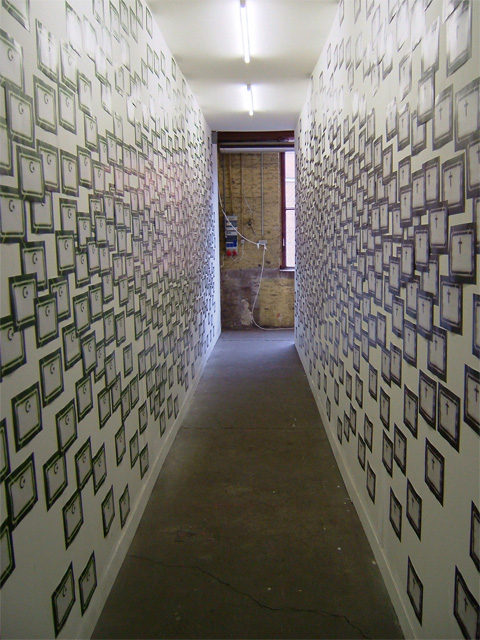 There was a passage, and pasted on each side of the walls were many sets of green moons and stars in frames, as well as many sets of black crosses in frames. Edin Bajric adopted his experience from his home country of Sarajevo into the context of art in a place he migrated to. This idea came from the ritual of having a religious symbol on the wall in order to mourn over war victims.

This program is planned to be shown in Hiroshima next. It would be interesting to see the result of each artist migrating to the next exhibition and what would happen next.