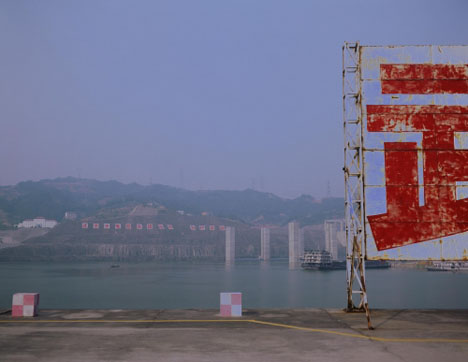 Lock a video piece focuses on the ambitious Three Gorges Dam project in China. Projected on to two opposing walls, the viewer is bound between two imposing videos of enormous sluice doors and towering concrete walls. 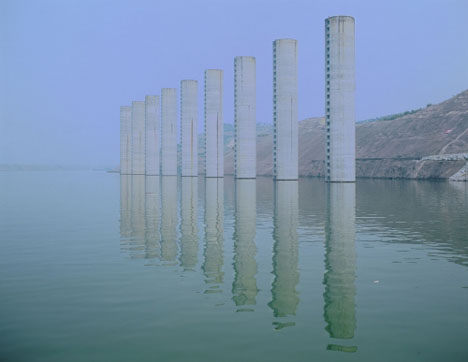 The two videos, callously filmed from atop a large cargo ship, show the front and back view of the ship. As the ship moves forward, we are shut into an enormous walled lock, little movement in discernible and we are left to observe the immense structure, with its two imposing doors. 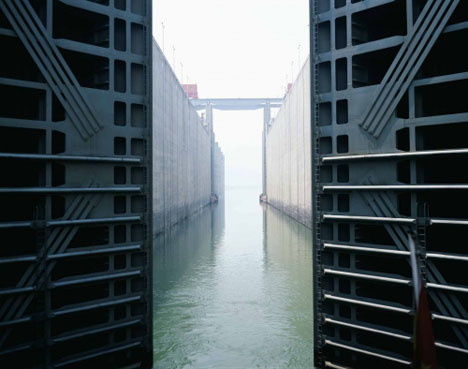 The entrance to the lock is barely distinguishable from the exit, which raises questions about the nature and direction of progress. The film itself seems stilled as if the camera gates have also been closed. Time is suspended in an unresolved present where past and future have been shut off. The boats float in a transitional space and time where outside references are absent, engendering a sense of claustrophobia that is only relieved as the doors slowly open, albeit onto an uncertain future. 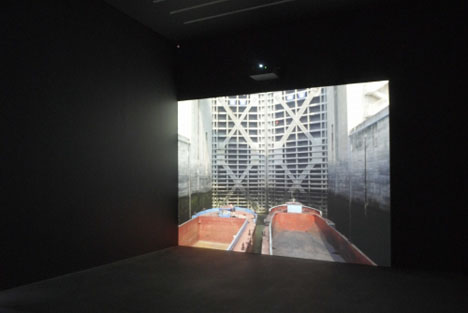 In contrast to the video, the second part of the exhibition lacked much momentum. The four images, once again of the Three Gorges project, seemed to have been lost in the immensity and power of the Videos. Further, the use of digital manipulation seemed pointless in regards to their message.

The gallery will be holding a gallery talk with Rachel Withers on 26th January, and a conversation with the artist on the 13th February, details of which can be found from their website.